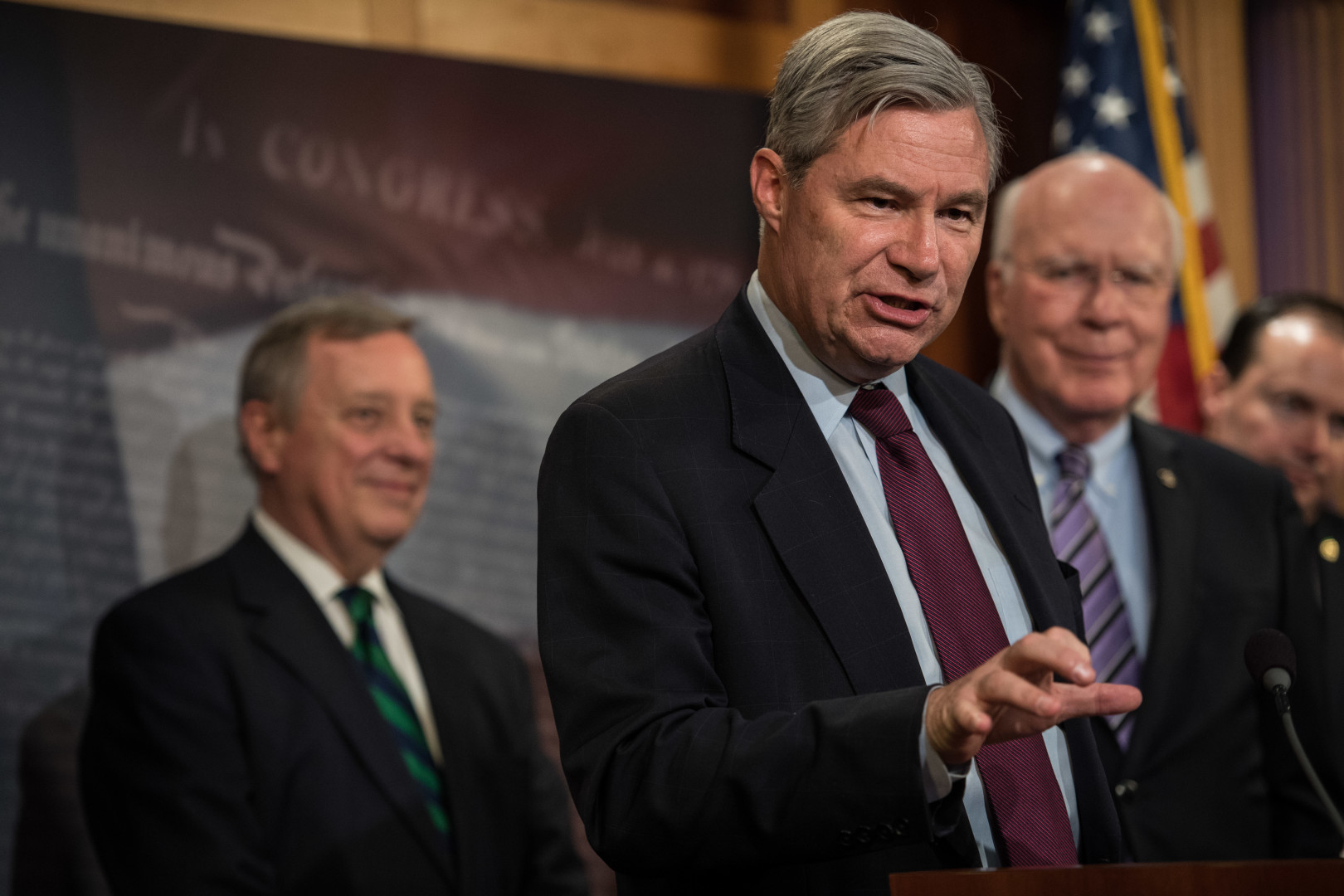 Whitehouse and six other Democrats are calling on Trump to embrace transparency. (Rob Kunzig/Morning Consult)
By Eli Yokley

A group of seven Democratic senators on Thursday penned a letter to President Donald Trump calling on the White House to disclose its ethics waivers and release its visitor logs, saying his administration’s decision to keep them private runs contrary to his campaign pledge to “drain the swamp.”

The lawmakers – including Sen. Elizabeth Warren (Mass.) and Sen. Sheldon Whitehouse (R.I.) – said Trump is undermining his own executive order on ethics by “freely and secretly issuing waivers” to administration officials and making secrecy “the hallmark” of his administration by withholding the logs.

“Ultimately, no one benefits from a government riddled with conflict, scandal, and corruption,” the senators wrote. “Should you take these initial steps, we stand ready to work with your administration to ensure the federal government meets the highest ethical standards. We are prepared to press for legislation to address these issues if you do not.”

The New York Times and ProPublica last week reported that the administration has installed former lobbyists across the federal government, many of whom are now tasked with regulating issues they used to work on in the private sector.

Correction: A previous version of this story said the White House did not immediately respond to a request for comment. Morning Consult did not request comment from the White House.