Voter interest in having lawmakers overhaul the Affordable Care Act has increased since Republicans paused their effort on Capitol Hill last month, according to a new poll.

Forty-nine percent of registered voters say congressional Republicans should continue with their efforts to replace Obamacare, up from 37 percent in March immediately after the GOP canceled a House floor vote on its legislation, a Morning Consult/POLITICO survey shows.

Among Republican voters, support for action climbed even higher, with 77 percent saying they want Congress to continue working on health care, a 15 percentage point increase from last month. Eighteen percent of Republicans this time around said they should move on. 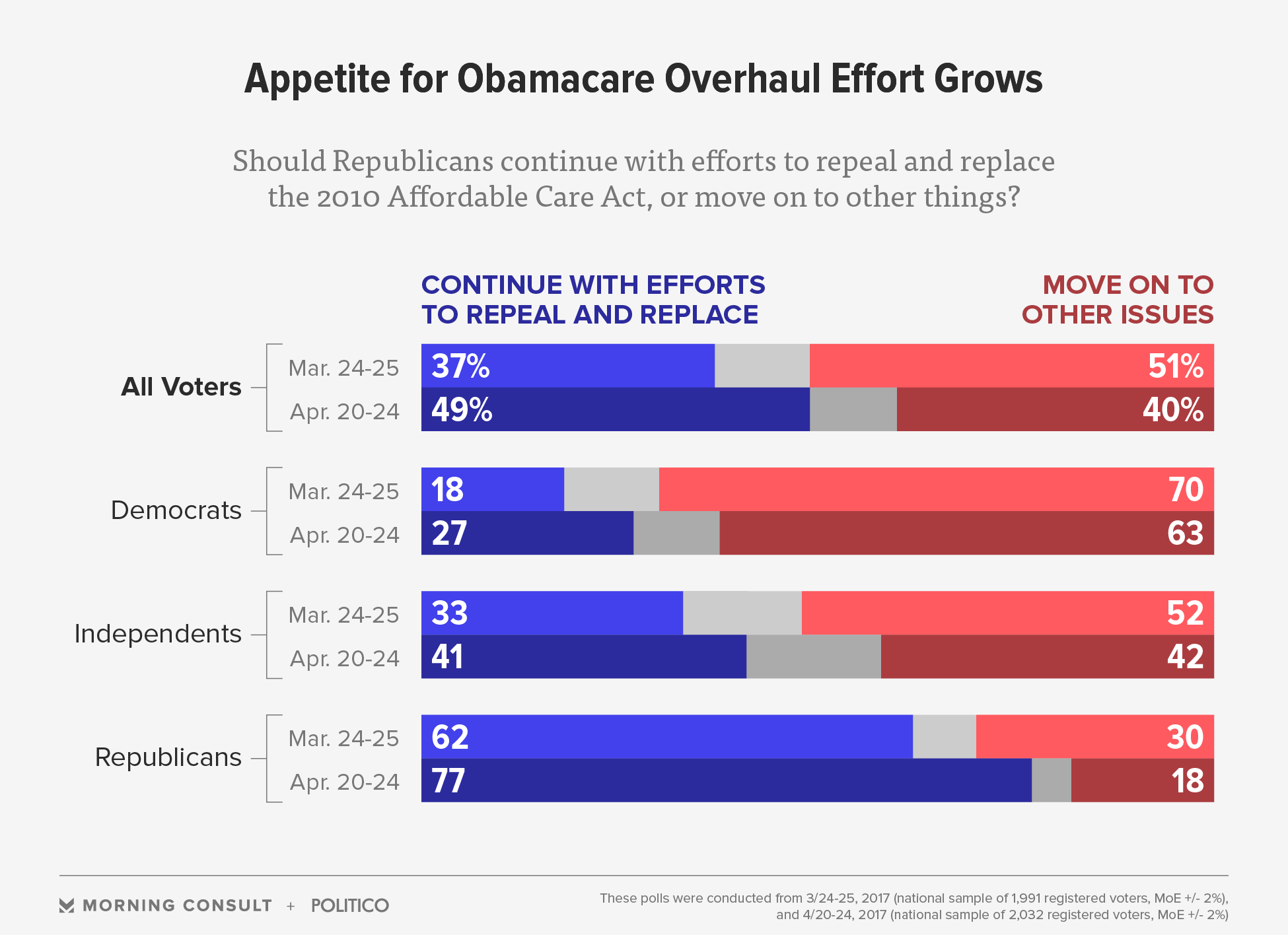 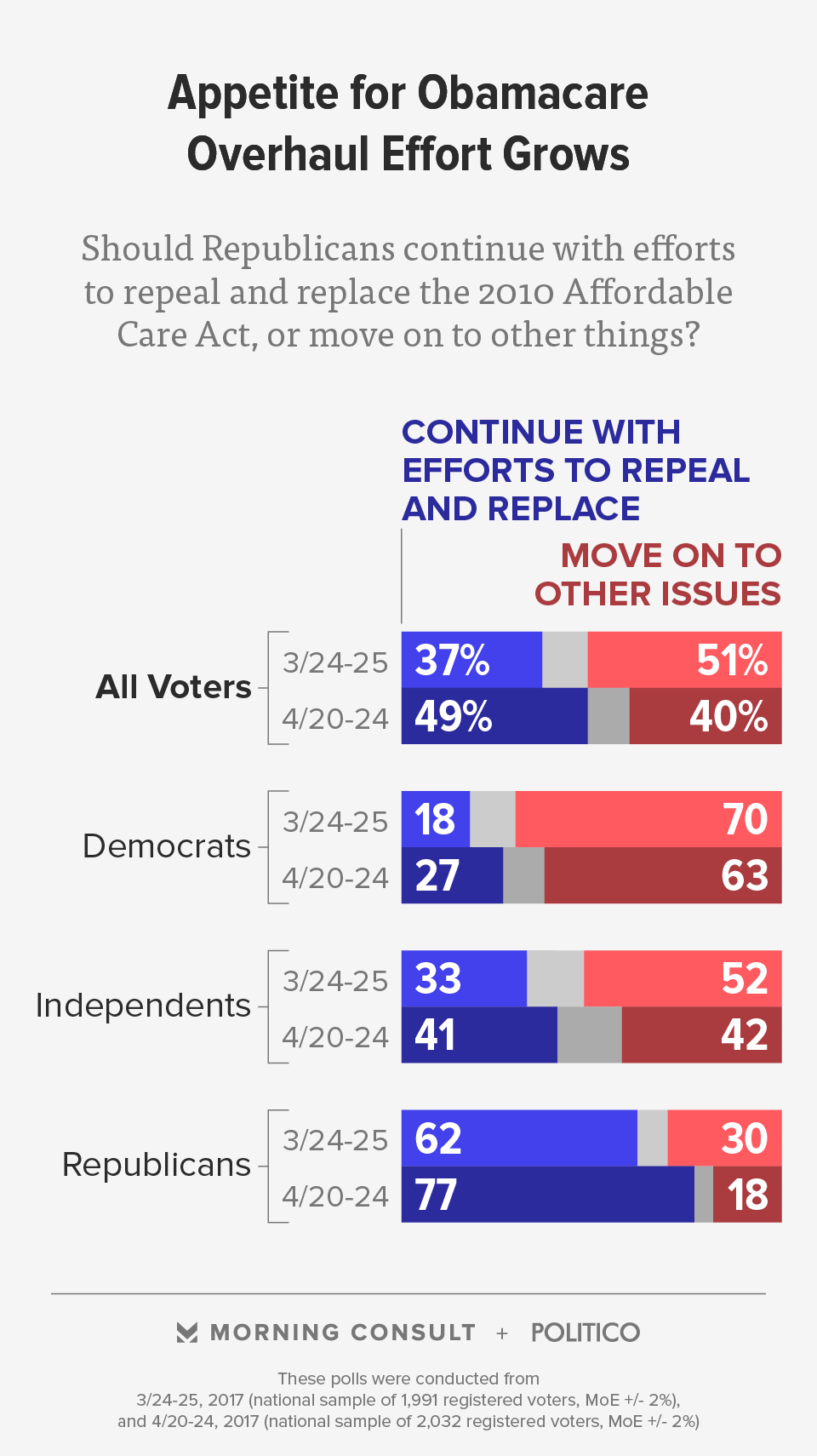 Republican leaders pulled a health care bill before a scheduled vote on the House floor last month, with Speaker Paul Ryan (R-Wis.) calling Obamacare “the law of the land” for the foreseeable future after not enough GOP lawmakers rallied around the legislation. Since then, House Republicans have revived negotiations, although they’ve failed to strike a deal to garner the necessary support for passage.

Despite increased backing for action on health care, 40 percent of respondents said they want lawmakers to move on to other issues, while 11 percent said they didn’t know or had no opinion. Sixty-three percent of Democrats said Congress should move on, compared with 27 percent of other Democrats who said health care should remain on the agenda.

Since GOP lawmakers have failed to coalesce around a proposal, some moderate figures within the party, such as Pennsylvania Rep. Charlie Dent and Ohio Governor John Kasich, have called for a bipartisan plan. Top Democrats like House Minority Leader Nancy Pelosi (Calif.) say they would work with their GOP counterparts if Republicans drop calls to repeal the 2010 health law, considered former President Barack Obama’s signature domestic achievement.

While the GOP base maintains its support for replacing the law, 56 percent also say Congress should do what it can to make Obamacare work. Twenty-three percent of Republicans said lawmakers should leave the law as is, even if that creates problems in the U.S. health care system.

Across the aisle, 62 percent of Democrats want Congress to make the law work better, while 25 percent say it should be left alone.

The national, online survey of 2,032 registered voters was conducted April 20 through April 24 and has a margin of error of plus or minus 2 percentage points. See the full results here.