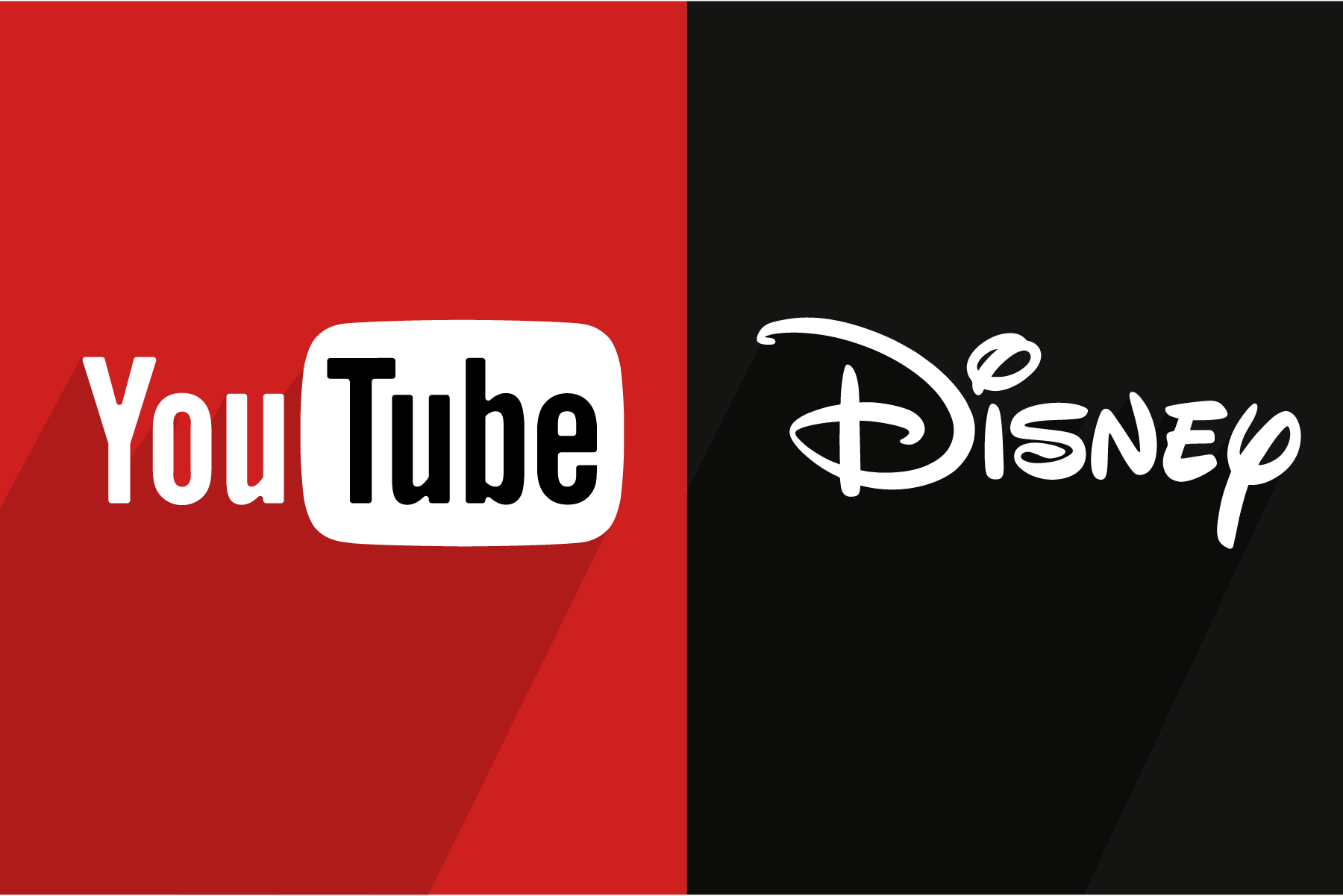 In a poll of tens of thousands of American adults, YouTube gets a net favorable score of 71 percent, beating out Walt Disney’s 63 percent by 8 percentage points, according to Morning Consult’s Most Loved Brands.

It’s not that Americans don’t have a favorable opinion of the media juggernaut that is Disney. The company has net favorable ratings above 50 percent in nearly every subgroup we polled. The difference is largely driven by the fact that young people like YouTube more. 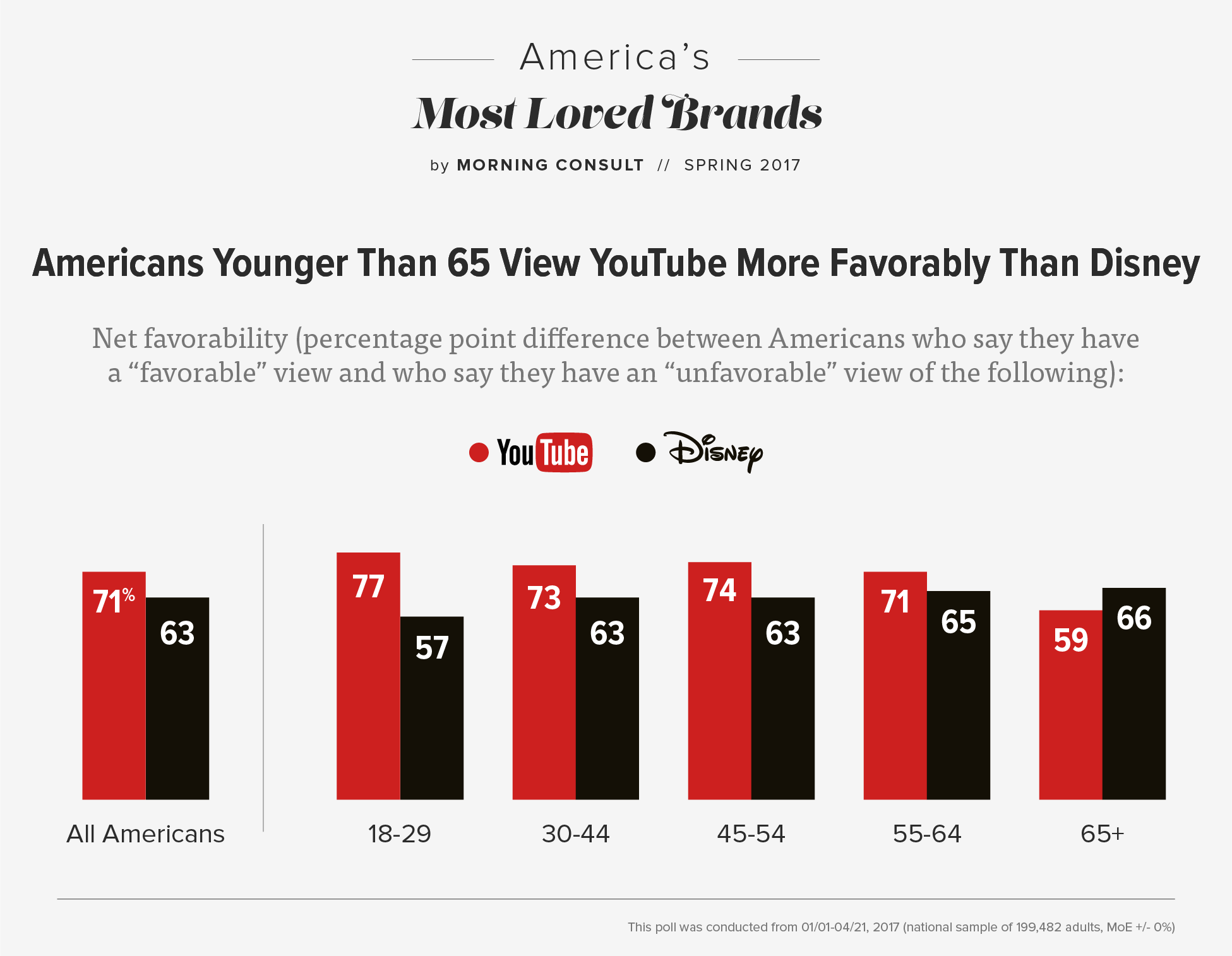 This is not just true among younger people. YouTube beats Disney’s net favorable scores in every age group, except people age 65 and up. The gap between the companies gets closer as people get older.

Allen Adamson, former chairman of North American operations at Landor Associates, said the dropoff for Disney among younger consumers is not a sign of a brand that isn’t aging well in the digital era.

“Disney’s brand strength is fragmented in that, it’s very relevant if you are under 12, but there’s a period between age 14 and 30 where it’s not relevant anymore, until you have young kids,” Adamson said in an interview. “YouTube is very relevant for everyone from tweens to adults; it’s on their phone every day.”

“YouTube is an easier brand to deliver favorability with: the videos need to load quickly and have context,” Adamson said. “A Disney theme park is a really high bar to deliver a great experience … and it’s hard to be consistently great in movies and content creation.”

Both companies got caught up in a scandal in February, when the Wall Street Journal reported that one of YouTube’s most popular performers posted several anti-Semitic videos. Disney and YouTube’s parent company, Google, had multimillion-dollar deals with the user, PewDiePie. Both severed ties after the incident.