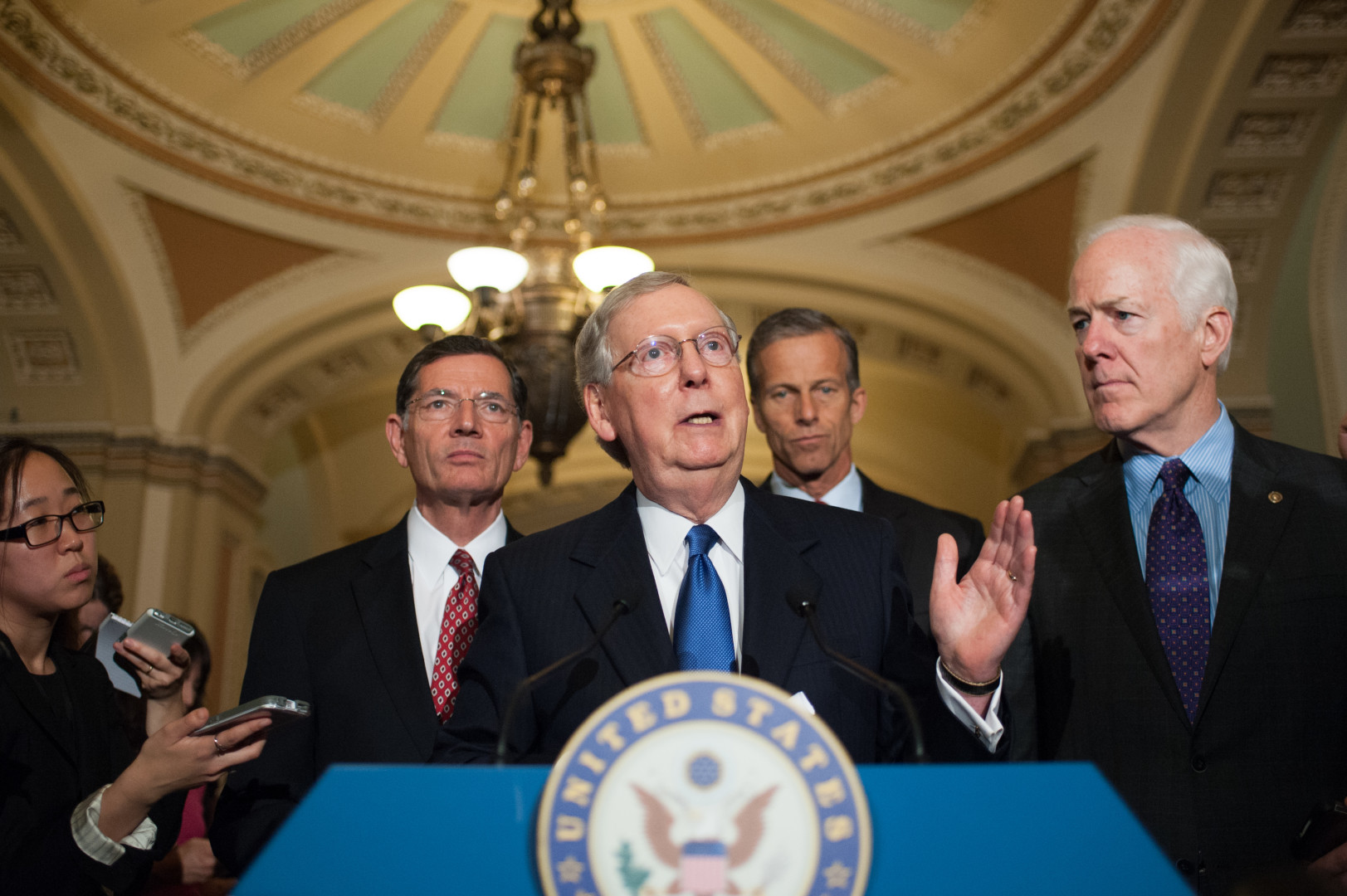 McConnell said all 52 GOP senators are at the table. (Rob Kunzig/Morning Consult)
By Eli Yokley

Senate Majority Leader Mitch McConnell on Tuesday defended leaving women off the Republicans’ 13-member group tasked with drafting the Senate’s version of the health care bill, objecting to critiques by the Affordable Care Act’s defenders that their voices are not being included.

“The working group that counts is all 52 of us. We’re having extensive meetings everyday,” the Kentucky Republican said of his caucus while speaking with reporters on Capitol Hill. “Nobody’s being excluded based on gender.”

McConnell had just come from an hour-long luncheon, one of three he will attend with other Republicans this week — this one featuring Vice President Mike Pence. Like the coming luncheons, McConnell said “everybody is at the table” and the conversation was focused on health care after House Republicans’ May 4 passage of the American Health Care Act.

Senate Republicans can only afford to lose two votes from within their ranks if they’re going to succeed in passing their own health care overhaul, given that Democrats remain united against efforts to repeal and replace Obamacare.

On Tuesday, all 48 members of the Senate Democratic Caucus released a letter to McConnell asking for Republicans to include Democrats as they work on health care, and promising that they would oppose wholesale changes to the health care law.

“We urge you to drop the current partisan effort to repeal and replace health care reform through reconciliation,” the Democrats wrote. “If repeal is abandoned, we stand ready to work with you to help all Americans get the affordable health care they need.”

McConnell responded to the letter by asking what, specifically, Democrats would like to see done — “if anything.”

“If they’re asking to participate, they must be conceding that the status quo is not sustainable. I certainly agree with that,” he said.

Speaking with reporters a short time later, Senate Minority Leader Chuck Schumer (D-N.Y.) read from the letter when he was asked about which policy proposals he would like to push with Republicans. He pointed to reducing drug prices, which has been embraced by President Donald Trump, and “stabilizing and strengthening the insurance market.”

“Republicans should come out from behind their closed doors and work with Democrats — maybe even invite some females to be part of the conversation,” Schumer said.