Even though people say they are skeptical of celebrity endorsements, a majority would still assign at least some blame to the spokesperson for a product that fails to meet their expectations — something that could damage the reputations of celebrities who associate their names commercial goods.

In a recent Morning Consult poll, a plurality of people — 36 percent — chose the “not much” option when asked to what degree they trust celebrity endorsements of products, while 20 percent said they have no trust in such pronouncements. Young adults, however, are more amenable than Generation X and baby boomers to seeing a superstar hock a product. Thirty percent of millennials said they give some credence to celebrity advertisements, and 18 percent said they trust those spots a lot.

Politicians are trusted even less than celebrities: 32 percent of poll respondents said they have no trust in an ad with a politician endorsing a product, compared with 37 percent who said don’t have much trust in those ads. While the poll doesn’t indicate how people feel about a celebrity-turned-politician endorsement, previous polling showed that people who voted for President Donald Trump tended to follow his preferences on what brands to like. 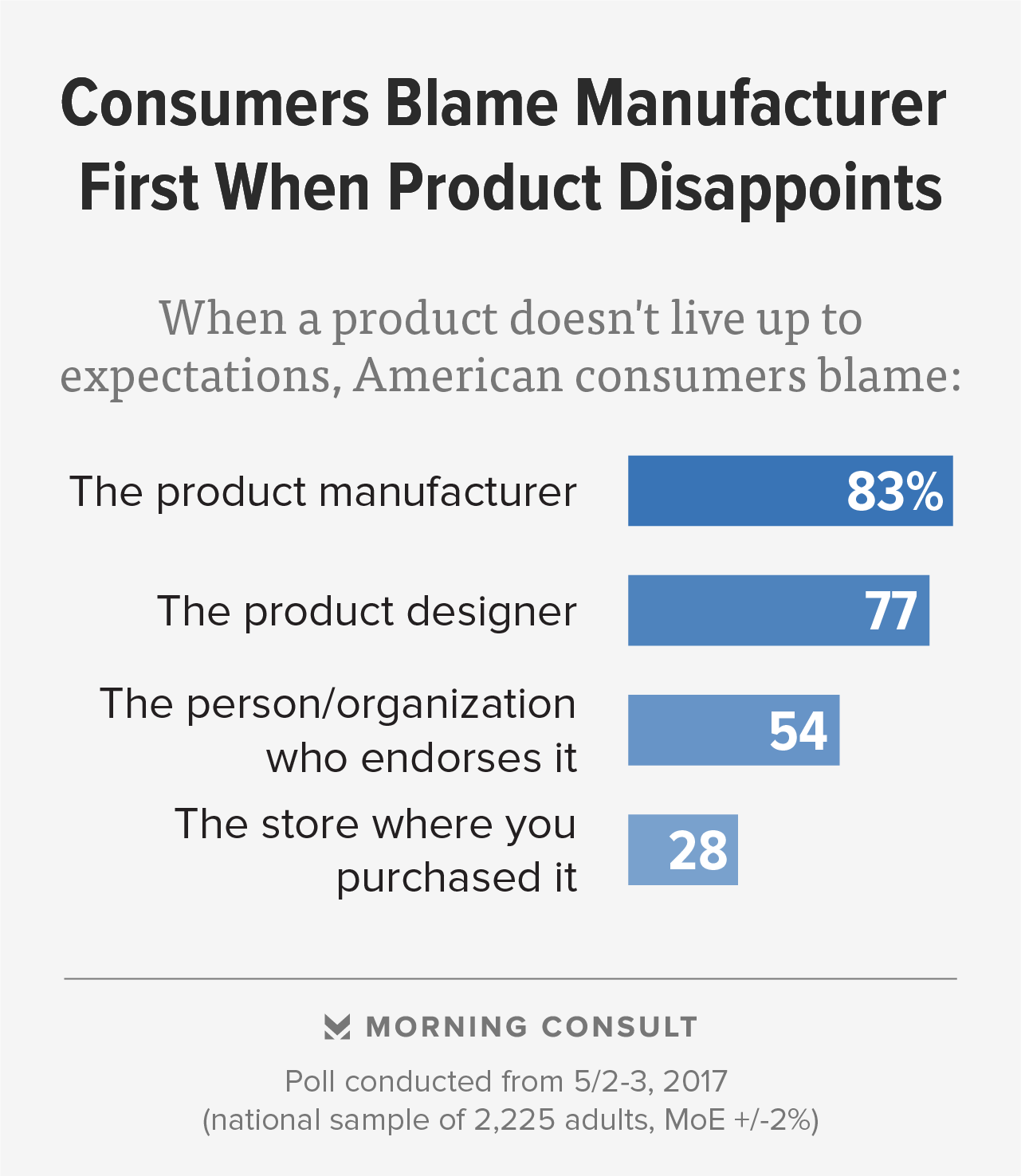 The Fyre Festival, which is likely to go down in history as one of the most notorious examples of a failed celebrity promotion, lends credibility to the notion that people don’t trust celebrities know what they’re talking about when they act as endorsers. The April festival was supposed to be a pricey, flashy music event for millennials, but ended up being a struggling camp site that left attendees desperate to be anywhere else.

While festival organizers Billy McFarland and rapper Ja Rule have been hit with bad press and lawsuits, it’s influencers and fashion models like Kendall Jenner and Bella Hadid who promoted the gathering on their social media feeds, giving the impression that the event would be a luxurious escape for ticket holders.

While a plurality of people — 39 percent — assume a person endorsing a product knows nothing about it and is only appearing in the spot for personal gain, poll respondents also say they hold that person responsible for their pitch.

Fifty-four percent of adults said they hold the person or organization endorsing a product at least partially responsible for a product not living up to their expectations. But the public still holds product manufacturers to a higher standard, with 83 percent placing at least some of the blame on them when a product falls short of expectations.

Fourteen percent of people said they don’t place any blame on the person or organization promoting a product if it doesn’t perform as expected.

The poll was conducted from May 2 through May 3 among 2,225 adults, with a margin of error of plus or minus 2 percent. See full results here.