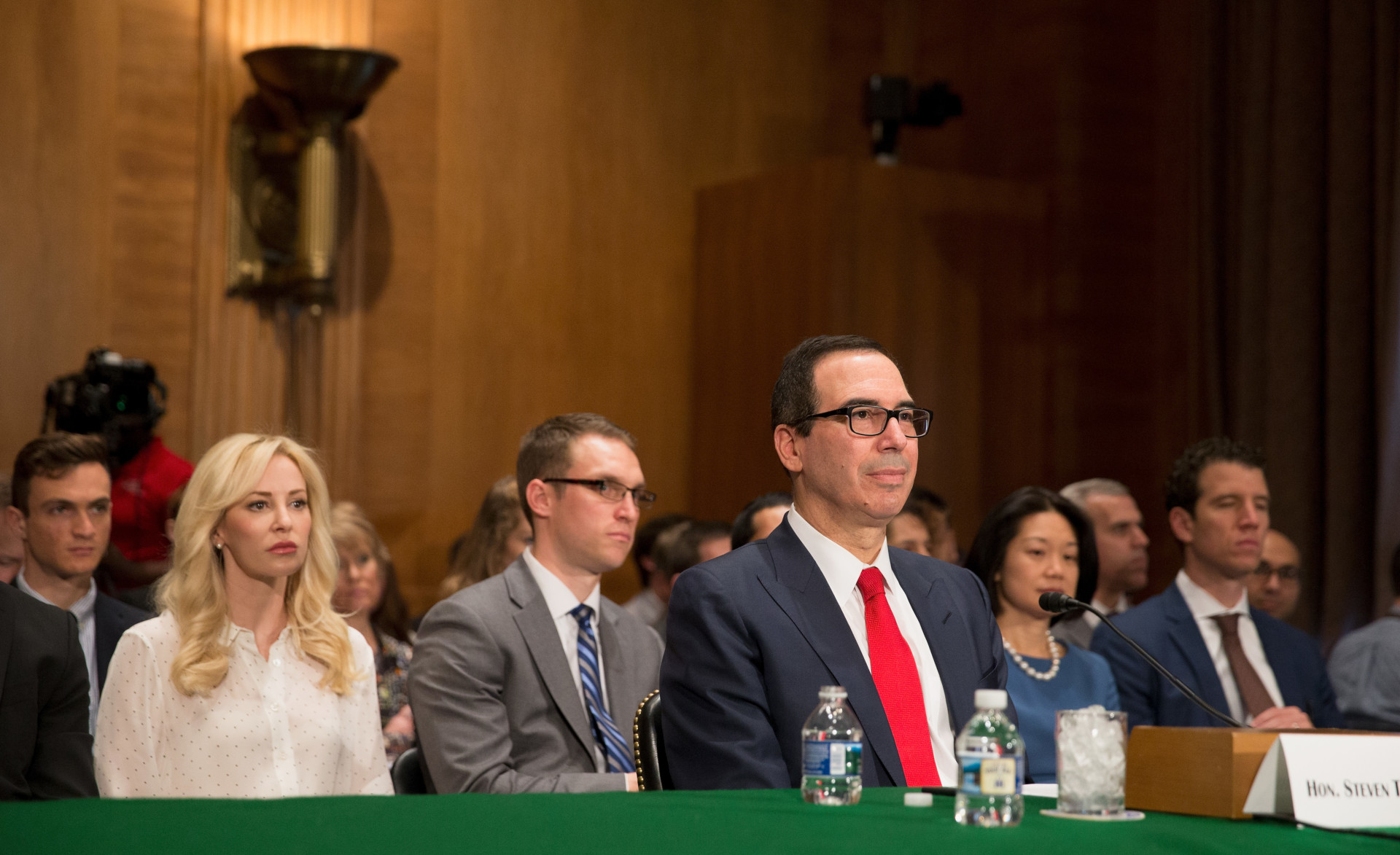 WASHINGTON, DC - MAY 18: Treasury Secretary Steven Mnuchin prepares to testify at a Senate Banking Committee and International Policy hearing on Capital Hill May 18, 2017 in Washington, DC. Mnuchin spoke before the committee that oversees bank regulations in his first congressional testimony since being named as Treasury secretary. (Photo by Tasos Katopodis/Getty Images)
By Ryan Rainey

Treasury Secretary Steven Mnuchin on Thursday told lawmakers that the Trump administration does not support reinstating the firewall between investment and commercial banking required under the Depression-era Glass-Steagall Act, clarifying previous remarks from White House officials that indicated a preference for reinstating the law that was repealed in 1999.

“We do not support a separation of banks and investment banks,” Mnuchin said at a Senate Banking Committee hearing in response to a question from Sen. John Kennedy (R-La.).

In March, White House spokesman Sean Spicer affirmed that the administration was committed to restoring Glass-Steagall.

Sen. Elizabeth Warren (D-Mass.), who introduced a “21st Century” Glass-Steagall bill this year with support from Sen. John McCain (R-Ariz.), called Mnuchin’s comments a “reversal” from Trump’s campaign promises. She pointed out that the official Republican platform during the 2016 campaign included language promoting a return to Glass-Steagall, and that Mnuchin endorsed an updated version of the law in his confirmation hearing this year.

Mnuchin responded that the original concern leading to Glass-Steagall, enacted in 1933, was related to conflicts, not credit risks. Restoring a separation of commercial and investment banks would also have an “enormous impact” on lending and liquidity, he said, adding that while the GOP platform included Glass-Steagall language, that didn’t mean Republicans wanted a “full separation.”