President Donald Trump’s tenure in the White House has been controversial, with the frenzy of media coverage snowballing in recent weeks — and according to a new Morning Consult/POLITICO survey, it’s making most Americans nervous.

More than half (55 percent) of registered voters said in a May 18-22 survey that the latest controversies involving Trump were making them nervous about the future of the country, while 38 percent said they weren’t. Democrats (83 percent) were the most likely to say they were nervous about the country’s future, followed by 53 percent of independents and about one in four Republicans (27 percent).

The litany of controversies, from Trump’s firing of Federal Bureau of Investigation Director James Comey to allegations of collusion between Trump associates and Russian intelligence officials during the campaign, as well as reports on potential conflicts of interest regarding the Trump Organization and the disclosure of highly sensitive classified information to top Russian diplomats, have filtered down to voters.

Roughly four in five voters said they’d heard, read or seen a lot or some about the Comey firing (82 percent) and potential Russia-Trump campaign ties (81 percent), or the reported intel flap in the Oval Office (79 percent) while 73 percent said the same about potential conflicts of interest between the office of the presidency and Trump’s wide-ranging business empire.

While a majority of voters said they’re nervous about the future of the country, a smaller share of Americans (43 percent) say the controversies are causing concern for the well-being of them or their families. 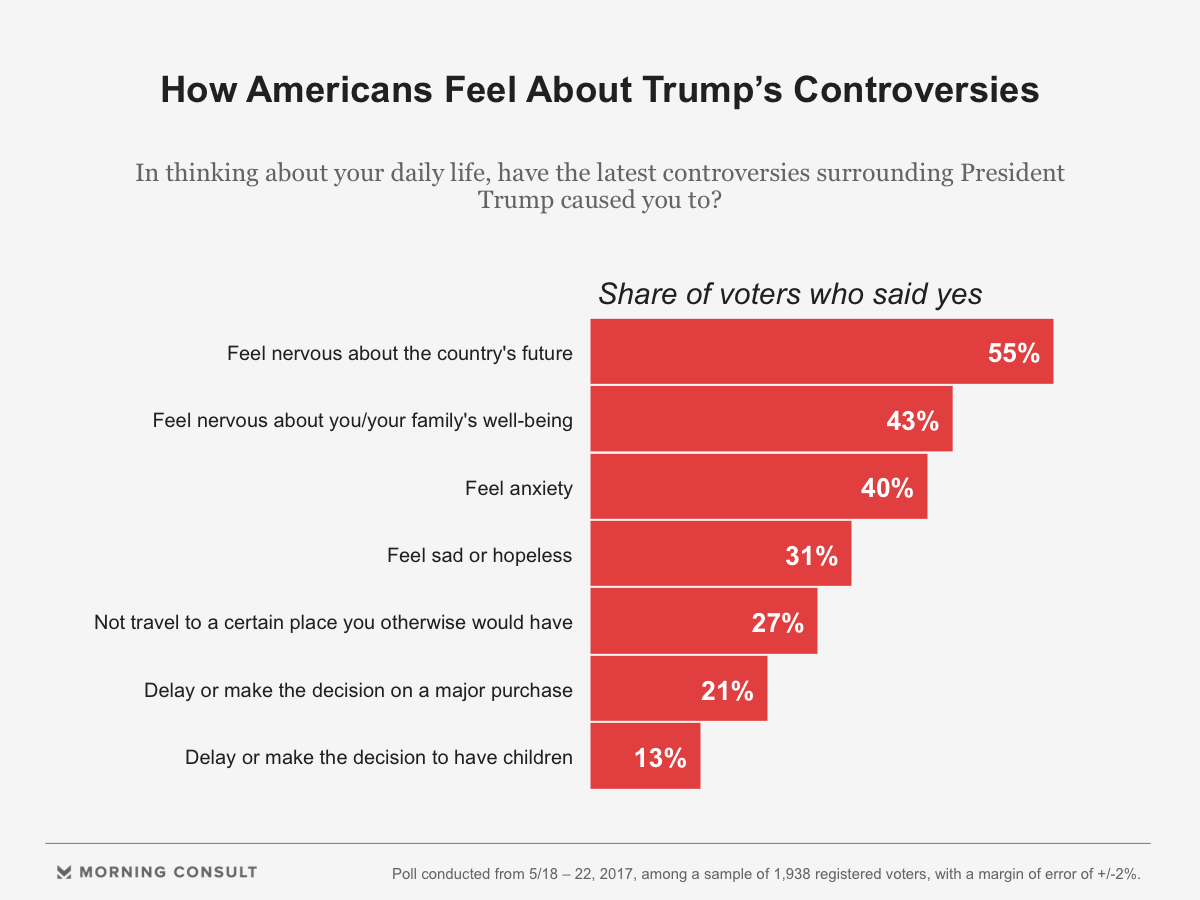 The concerns largely broke cleanly along partisan lines, with a majority of Republicans generally feeling better about the controversies, most Democrats saying the opposite, and independents falling somewhere in between.

That dynamic is also reflected in how those voters view the media’s coverage of the Trump administration. Overall, the public is split — 43 percent vs. 42 percent — on whether the media is treating Trump fairly or not, with 75 percent of Democrats saying the media is doing a fair job and 76 percent of Republicans disagreeing. Independents were split, with 37 percent saying the media was treating Trump fairly and 40 percent taking the opposing view.

Regardless of how they view the media’s job, most voters are checking the news often: Seventy percent said they’re checking the national news at least once or twice a day. That figure was slightly higher among Democrats (78 percent) than Republicans (72 percent), while 61 percent of independents said the same.

Most voters also said they were nervous (53 percent) and not excited (59 percent) about the future of the country, in general, and pluralities said they were feeling anxious and not optimistic. 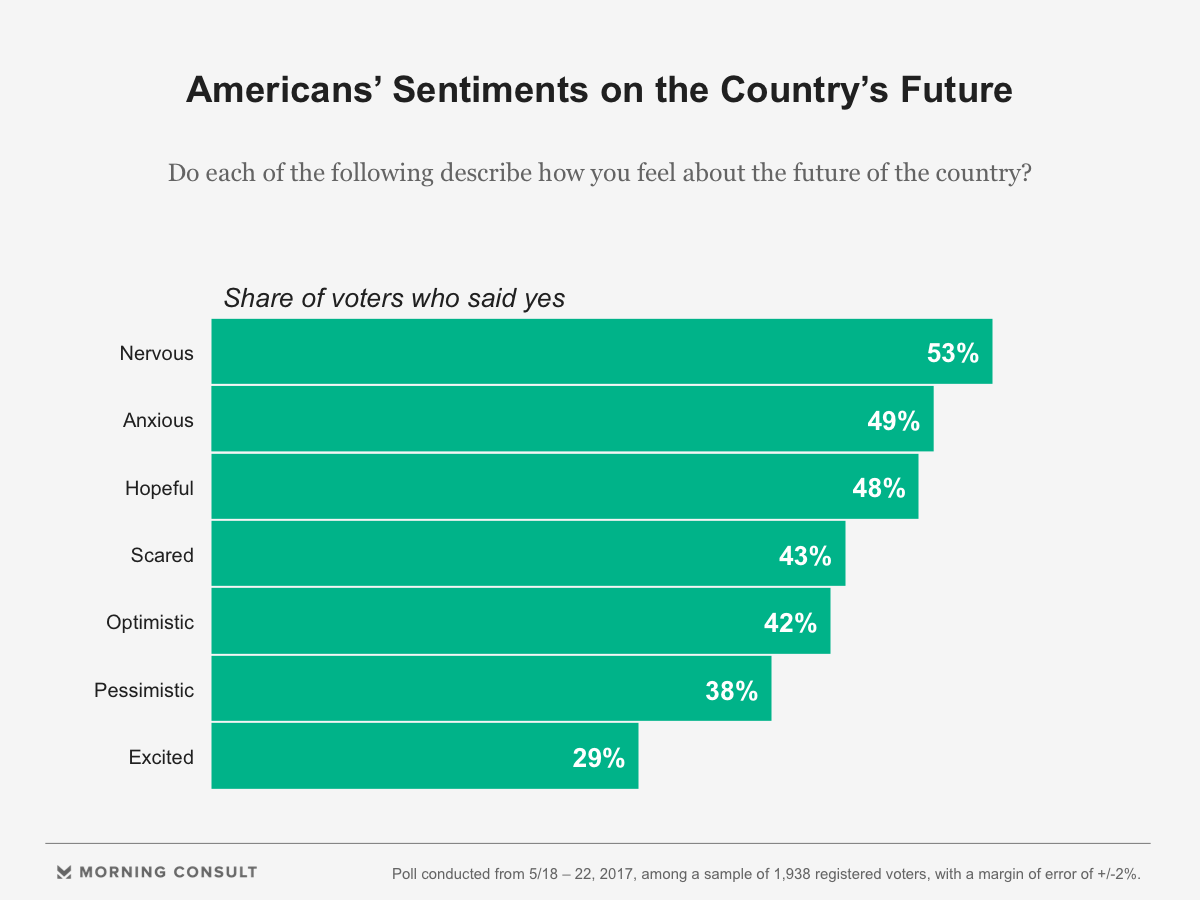 It’s not all bad news, though. Almost half (48 percent) said they were hopeful.