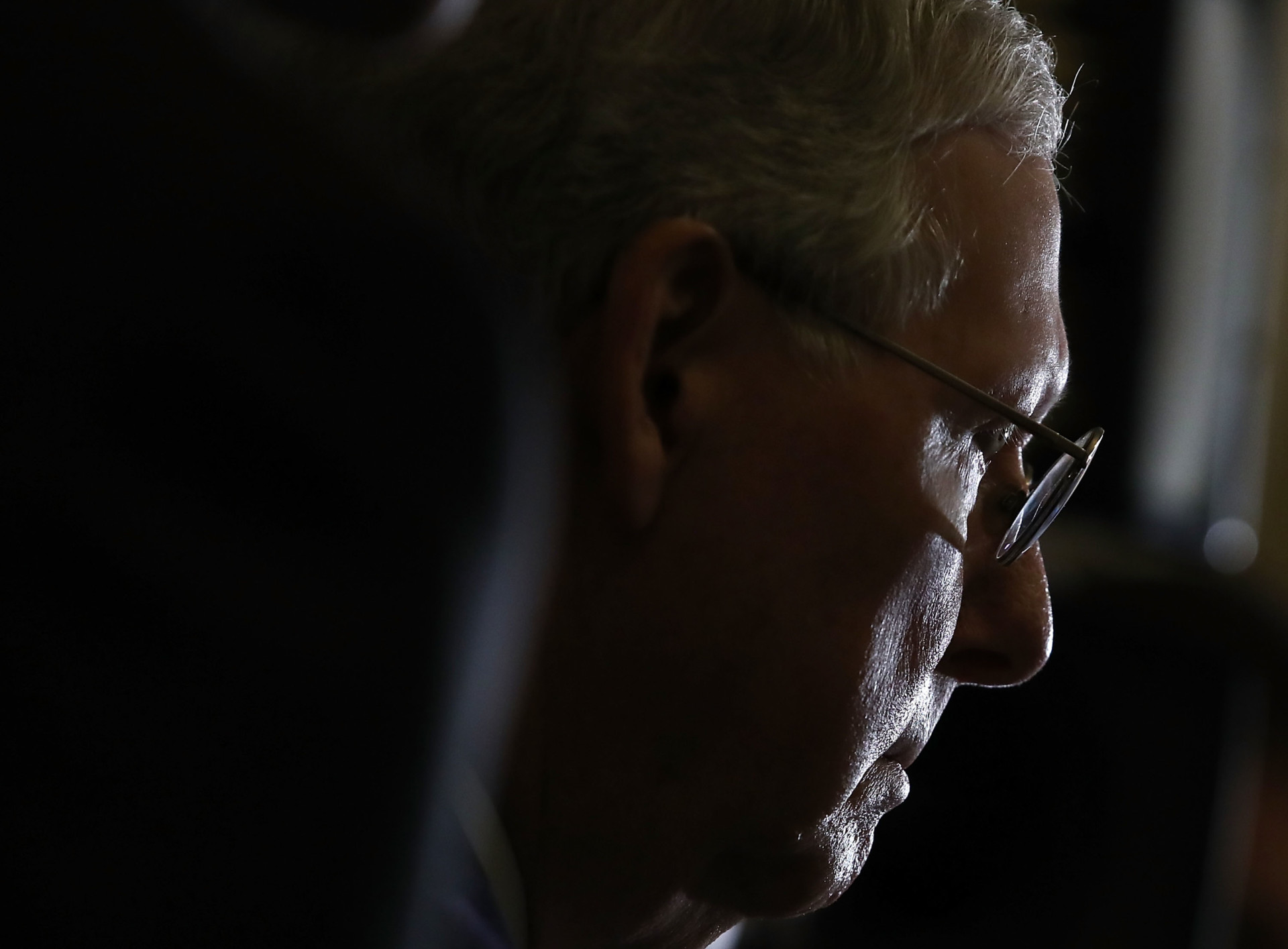 Senate Republicans have been tight-lipped while writing their bill to repeal and replace key parts of Obamacare, with leaders holding discussions behind closed doors for weeks in an effort to craft a measure that could garner the 50 votes needed for passage.

And while the process has infuriated Democrats, Morning Consult polling shows that from a political perspective ahead of the 2018 midterm elections, there’s good reason for Senate Majority Leader Mitch McConnell (R-Ky.) to keep things close to the vest.

House Speaker Paul Ryan (R-Wis.) and the rest of his GOP conference headed to the White House in early May for a celebratory news conference with President Donald Trump after that chamber passed the American Health Care Act. But sizable swings in the generic ballot show that health care could very well be a poisonous issue for Congress’ ruling party in elections next year.

Before renewed talks between then-Tuesday Group Co-Chairman Tom MacArthur (R-N.J.) and Freedom Caucus Chairman Mark Meadows (R-N.C.) revived chances of the AHCA’s passage, Republicans held a 4-point lead over Democrats in the generic ballot, 44 percent to 40 percent. As those talks gained momentum, registered voters began flocking to Democrats. By late April — a week before the negotiations culminated in a 217-213 vote — the GOP’s advantage was gone, with both parties tied at 41 percent.

It got worse for Republicans before it got better. The weekend after the May 4 vote brought a 6-point swing to Democrats, with 42 percent of registered voters saying they would back an unnamed Democratic candidate if the election were held that day, compared with 36 percent who said they’d vote for an unnamed Republican. A week later, that gap widened by an additional point, as Republicans bottomed out at 35 percent support on the generic ballot.

The GOP has regained some ground since then, although they trailed Democrats on the generic ballot by 3 points in polling earlier this month. The potential pains at the ballot box have tracked with data underscoring the public’s growing lack of trust with Republicans on health care, as voter opposition to the AHCA has increased, too.

Movement on the generic ballot has also correlated with the share of voters who said health care is their top issue when thinking about their vote. That share peaked last month at 23 percent, trailing only the economy as the top issue for voters. Since reaching that zenith, health care has once again started to take more of a back seat to economic and national security issues. Earlier this month, health care was the top issue for 17 percent of voters, compared with 19 percent who said national security and 30 percent who cited the economy.

Senate Minority Leader Chuck Schumer (D-N.Y.) on Monday spoke from the chamber floor in a bid to rouse the public to refocus its attention, criticizing his Republican counterparts for keeping their health care bill under wraps ahead of a potential vote before the July 4 congressional recess.

“To all of America, this should be a red alert,” he said. “This is not drill. This is a red alert. In a very short time, maybe only two weeks, the Republican majority may try to jam through a health care bill that no one in America has seen.”