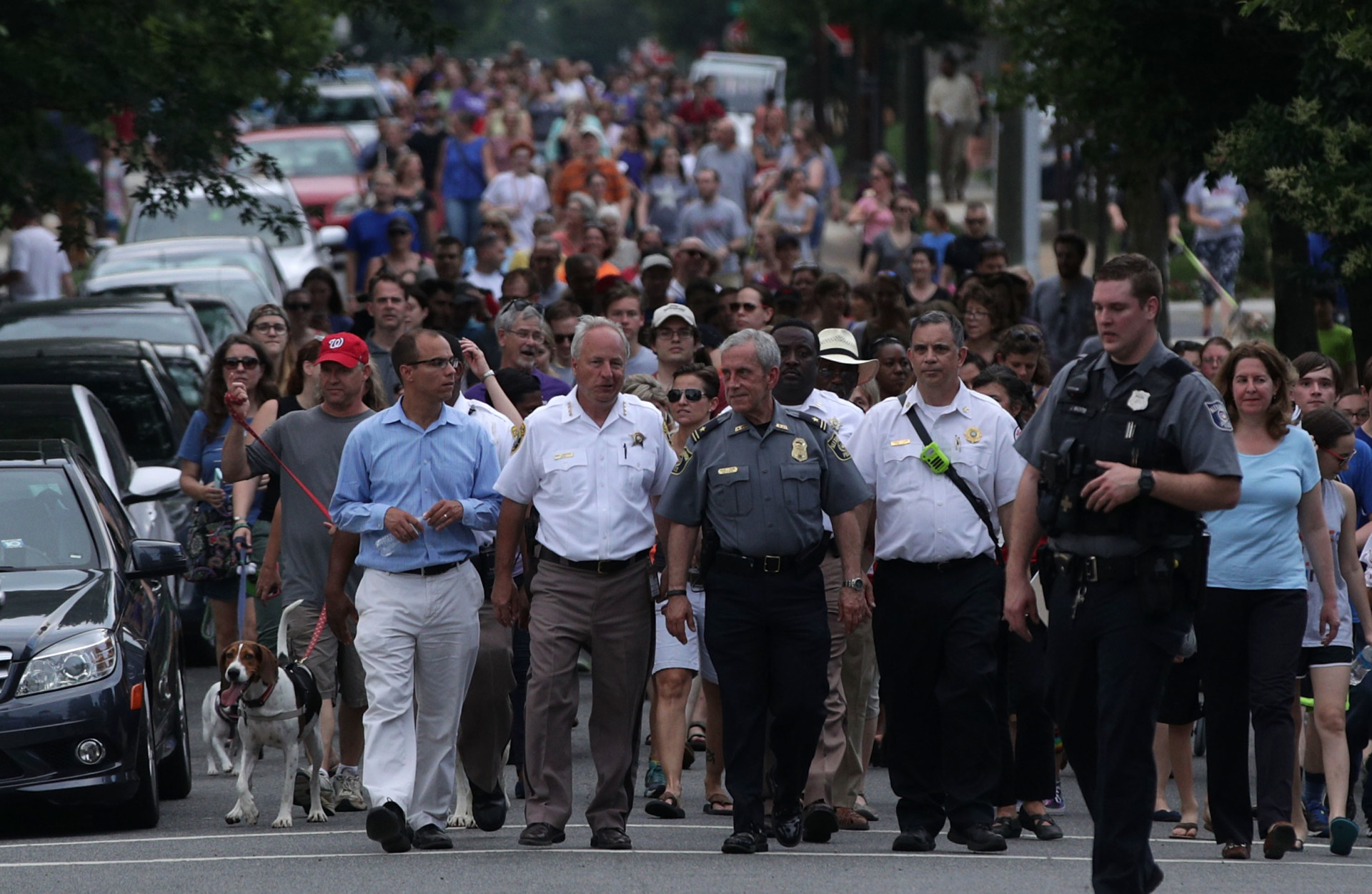 Led by local law enforcement officials, local residents march to a nearby church to show solidarity after a shooting at the Eugene Simpson Stadium Park last week in Alexandria. (Alex Wong/Getty Images)
By Eli Yokley

More Republicans, and Americans, feel stricter gun control laws are necessary than did so a year ago, but a new Morning Consult/POLITICO survey found them less likely to think Congress will do something about it.

The poll, conducted in the days following the shooting that wounded House Majority Whip Steve Scalise (R-La.) — along with a lobbyist, congressional staffer and a member of the Capitol Police — found 44 percent of Republicans said they support strengthening gun laws. 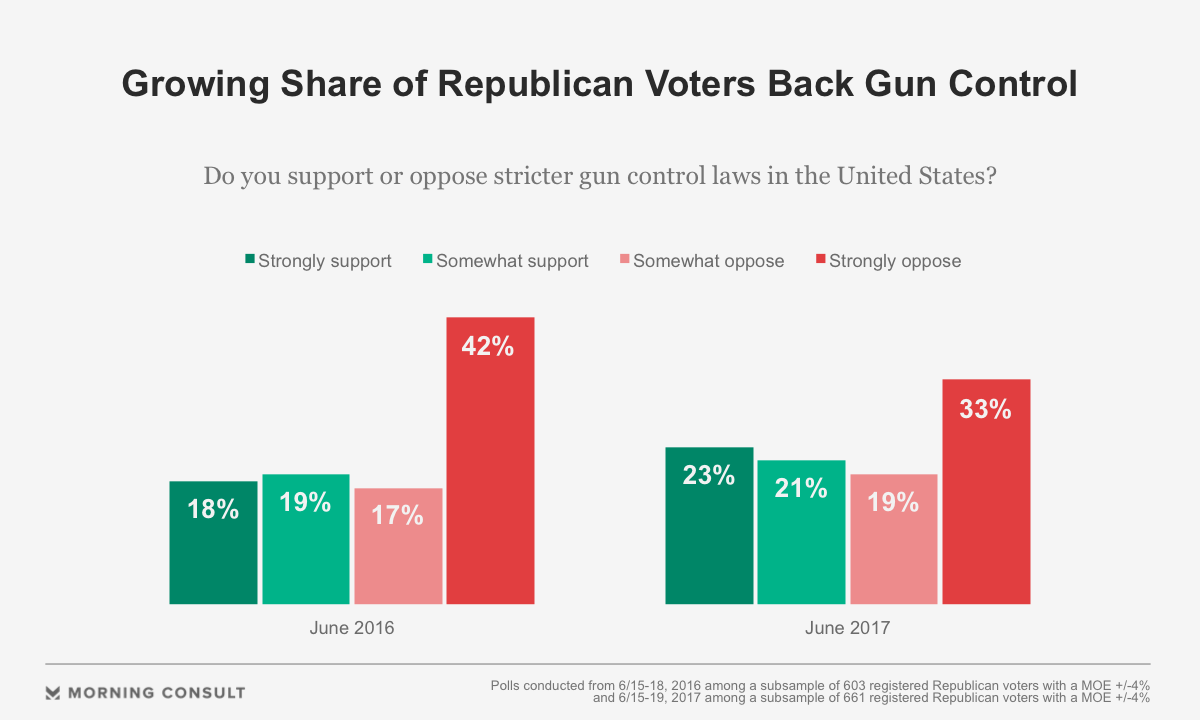 The strength of the Republican view on this has also weakened. A year ago, 42 percent of Republicans said they were “strongly opposed” to stricter gun control laws, compared to a third who said the same this year.

Democrats are unmoved. More than 8 in 10 Democrats (82 percent) said they supported stricter gun control laws and just 12 percent opposing them in both surveys.