Poll: Majority of Trump Voters Say His Political Correctness Is ‘About Right’

When President Donald Trump uses the term “politically correct,” it’s meant to be an insult — and not one many Americans would redirect at him.

But most of Trump’s supporters don’t see a problem: Sixty-two percent of people who voted for him in November said the president’s political correctness is “about right.” Among Democrats, 67 percent said he’s not politically correct enough.

Polling was conducted among a national sample of 2,177 U.S. adults on June 20 and June 21, before Trump tweeted critical remarks about MSNBC “Morning Joe” co-host Mika Brzezinski and her physical appearance.

As a candidate, Trump was accused of espousing anti-Muslim views, among other complaints from minority groups. On Monday, the Supreme Court agreed to review the White House’s travel ban that was initiated but halted earlier this year, while allowing for a 90-day ban on travelers from six predominantly-Muslim countries to go into effect so long as it exempts people who have a “close familial relationship” with someone in the United States. 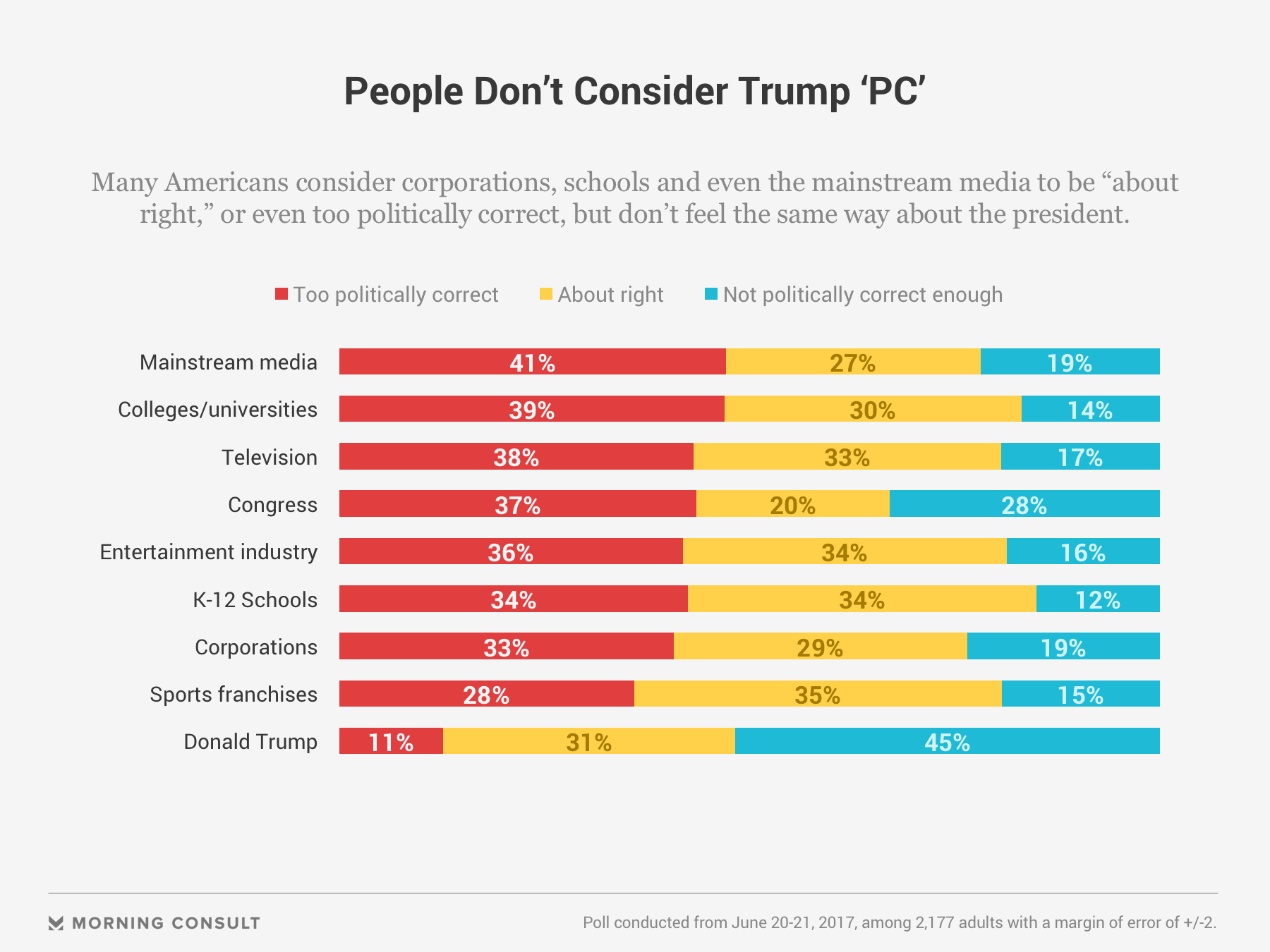 Thirty-three percent, a plurality, say corporations are too politically correct, while 35 percent consider sports franchises “about right.” A Morning Consult poll conducted Feb. 2 through Feb. 4 showed poll respondents were split over corporations taking a position on a social or political issue, but were more inclined to say it is inappropriate when a business uses its resources to make its values visible.