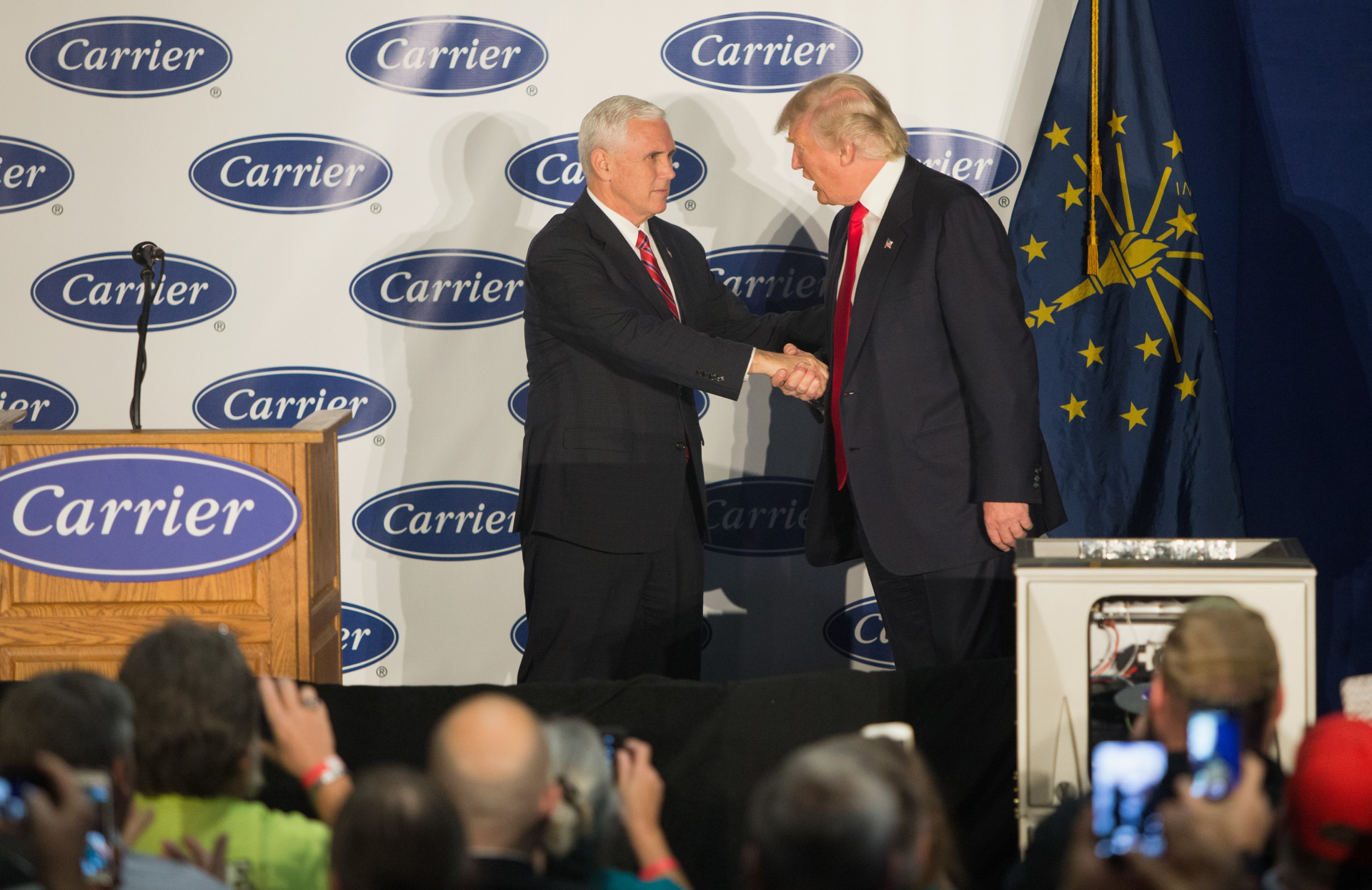 News that Carrier would keep jobs in the state of Indiana boosted the opinion voters had of Donald Trump last December, after the then president-elect announced a deal intended to incentivize the company.

But in May, the heating and air conditioning manufacturer penned a letter to the Indiana Department of Workforce Development saying it would be reducing its workforce by around 632 of the more than 1,000 jobs it has there, and some of the positions are heading to Mexico.

While 60 percent of voters gave Trump credit for the good news in a December poll, the development in May did not have a large, inverse negative impact on the president, according to a new Morning Consult/POLITICO poll.

Just a third of voters (32 percent) said Carrier’s announcement gave them a less favorable view of Trump, while 4 in 10 voters (38 percent) said it had no effect on their opinion of Trump.

The sentiment, or lack thereof, was shared by a plurality of Republicans (49 percent). Their neutrality is a sharp contrast from the December poll, when just 6 percent of Republicans said the good news about a deal to keep the jobs in the U.S. had no impact on their view of Trump. (Overall, just 22 percent of Americans said the December news did not affect their opinion.)

Part of the reason the job losses may not have swayed voters against Trump is who they blame for Carrier’s exit. The company said it was due to a “thorough evaluation of our manufacturing operations” in a “rapidly changing industry.”

Only 21 percent of voters said Trump and Vice President Mike Pence, Indiana’s former governor who helped negotiate $7 million in state grants and tax credits, were to blame, while 32 percent said they blame the company. Another 27 percent said business policies in the U.S. caused Carrier to move the jobs out of Indiana.

Things are a little starker for Trump when voters are asked if he has been successful in moving jobs from other countries back to the U.S. Almost half of voters (46 percent) said he has not succeeded, while 36 percent said he has.

The national survey, which polled 1,989 registered voters, was conducted June 29-30 and has a margin of error of plus or minus two percentage points. See the full results here.