Graham Warns Trump: Mueller Ouster ‘Could Be the Beginning of the End’ 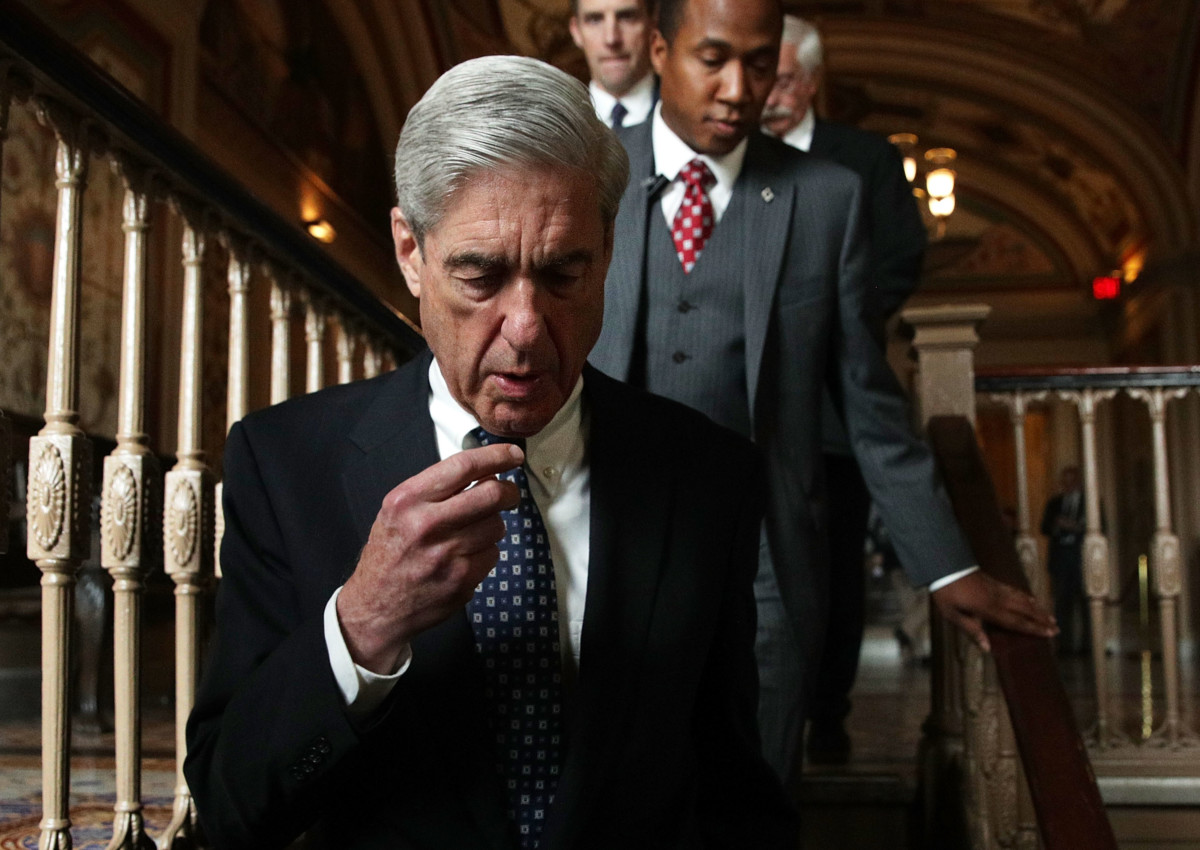 Roughly half of voters say removing Mueller would be inappropriate. (Alex Wong/Getty Images)
By Cameron Easley

Sen. Lindsey Graham is warning President Donald Trump not to force the removal of Robert Mueller, the former Federal Bureau of Investigation director who is overseeing a probe into potential collusion between Trump campaign associates and the Russian government.

“Any effort to go after Mueller could be the beginning of the end of the Trump presidency — unless Mueller did something wrong,” the South Carolina Republican told television reporters in a hallway interview Thursday. “Right now I have no reason to believe that Mueller is compromised.”

Graham also said he was planning to introduce legislation next week that would provide for judicial review in the event that a special counsel was fired while overseeing an investigation of a president, according to CNN.

At his weekly news conference Thursday, House Speaker Paul Ryan would not say whether there are plans to introduce similar legislation in that chamber, but he voiced support for Mueller continuing in his position.

“I think it’s in the president’s interests that [Mueller] stay where is and that he continues and does his job,” said the Wisconsin Republican.

A new Morning Consult/POLITICO survey shows registered voters — by more than a 2-to-1 margin — agree that Mueller should continue as special counsel. Almost half (48 percent) of voters surveyed over the weekend said it would be inappropriate for Trump to remove Mueller, who served under former presidents George W. Bush and Barack Obama, while 22 percent said it would be appropriate. Three in 10 said they were unsure or had no opinion. 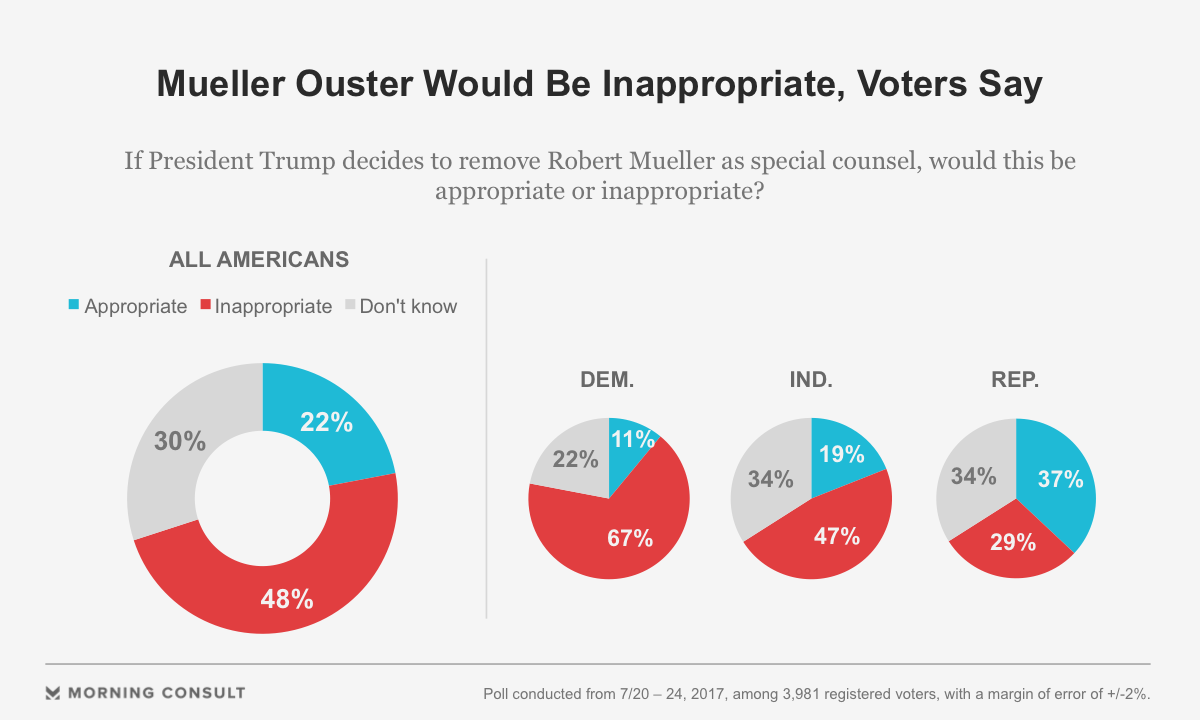 Republican voters (37 percent) were the most likely to say Mueller’s removal would be appropriate, although 29 percent also disagreed. Almost 7 in 10 Democrats and half of independents (48 percent) said it would be inappropriate to remove Mueller, something Trump has been mulling, according to reports from The Washington Post and The New York Times.

Trump has publicly called into question Mueller’s impartiality in the probe, suggesting that the investigative team he was putting together had a political ax to grind with the president.

“I can say that the people that have been hired are all Hillary Clinton supporters, some of them worked for Hillary Clinton,” Trump said in a Fox News interview in June. “I mean, the whole thing is ridiculous if you want to know the truth.”

A plurality of voters (40 percent) said they approved of the way Mueller was handling his job as special counsel, while 27 percent disapproved and a third didn’t know or had no opinion. Again, Republicans (37 percent) were more likely to disapprove of the special counsel’s handling of the probe than Democrats (19 percent) or independents (27 percent).

While Graham and Ryan voiced support for Mueller, not all Republicans on the Hill see it that way. Rep. Andy Biggs (Ariz.), a member of the hard-line conservative House Freedom Caucus, called for Mueller to recuse himself in a June 23 statement.

In a hallway interview at the Capitol on Tuesday, Biggs said he agreed with Trump that Republicans should be doing more to protect the president. He said the focus should be on federal officials who worked under Obama, including former attorneys general Loretta Lynch and Eric Holder and former National Security Advisor Susan Rice.

Correction: A previous version of this story misstated when Biggs called for Mueller to recuse himself from the Justice Department’s investigation.