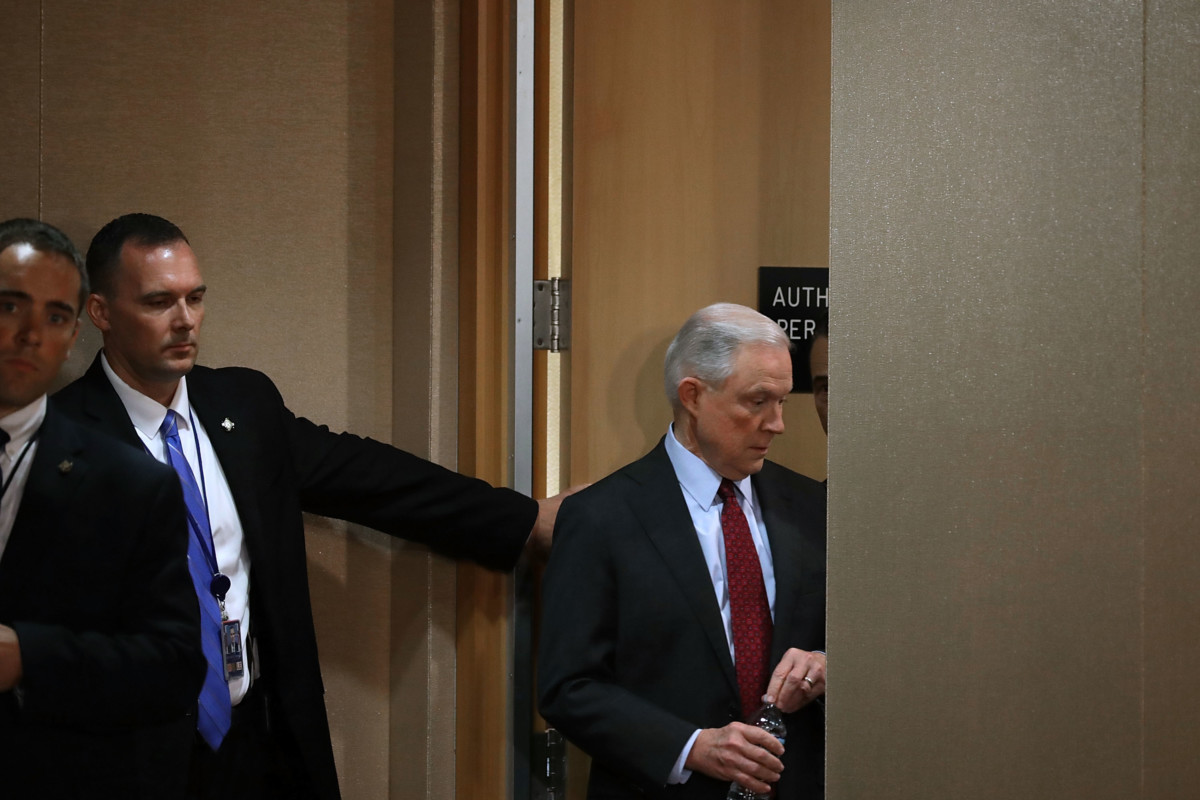 Attorney General Jeff Sessions’ recent announcement of a new Justice Department directive concerning civil asset forfeiture was panned by critics on the left and right, and a new Morning Consult/POLITICO survey shows most Americans aren’t receptive to it either — regardless of their political persuasion.

But 59 percent of registered voters surveyed said they opposed the new policy, which expands law enforcement agencies’ rights to seize money and property from people even if they haven’t been charged with a crime. Thirty-seven percent said they were strongly against the proposal, while a quarter of voters were in favor of it.

Fifty-seven percent of Americans said they thought it was a bad idea to allow law enforcement agencies to keep as much as 80 percent of the funds they seize, and 55 percent said the new directive would do more harm than good. 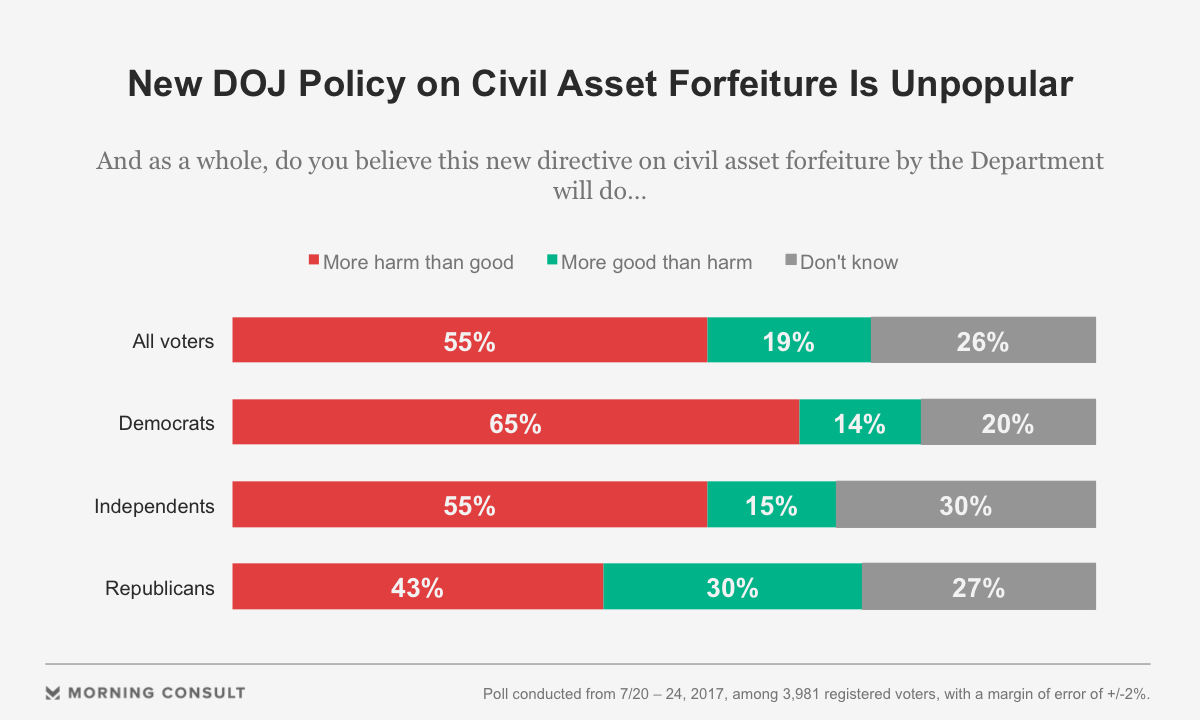 Sixty-five percent of Democrats and 55 percent of independents said the policy would do more harm than good, while a plurality of Republicans (43 percent) agreed.

Although DOJ officials said the directive includes safeguards to prevent improper seizures like those that have occurred in the past, experts call the policy misguided.

“I don’t believe these safeguards are going to prevent innocent people from losing property,” said Jonathan Blanks, a research associate at the libertarian-leaning Cato Institute’s Project on Criminal Justice, in a July 20 interview. “It’s very hard for them to get it back.”

Blanks said the directive, which allows agencies to circumvent state law designed to curb the use of civil asset forfeiture, is likely to encroach on the rights of minorities.

“This will lead to more racial profiling on the highways,” he said. “Even if the protections are in there for innocent owners, the police department [is] incentivized through equitable sharing to pull more people over.”

Republican Sens. Rand Paul of Kentucky and Mike Lee of Utah — two conservatives with libertarian leanings who have previously pushed back on some of Sessions’ policy changes in 2017 — expressed their disapproval of the latest policy shift.

“Asset forfeiture is an unconstitutional taking of property without trial,” Paul said July 20 on Twitter. “It’s wrong and I call on the AG and the Administration to stop.”

In a statement responding to the directive, Lee pointed to a bipartisan May 31 letter he co-authored with Paul and Sens. Mike Crapo (R-Idaho), Martin Heinrich (D-N.M.), Tom Udall (D-N.M.) and Angus King (I-Maine) calling on Sessions to reduce use of the policy in light of Supreme Court Justice Clarence Thomas’ recently stated skepticism on its constitutionality.

“You need not wait for Supreme Court censure before reforming these practices, and, in any event, the Department of Justice should err on the side of protecting constitutional rights,” the senators wrote in the letter.

Sessions’ critics say the civil asset forfeiture issue presents another example of how the attorney general is going against the grain of modern thinking on criminal justice.

“He is an old-fashioned drug warrior, out of step with anyone who has actually been following the issues in recent times,” Blanks said. “He’s a dinosaur … it’s disappointing, it’s not surprising.”