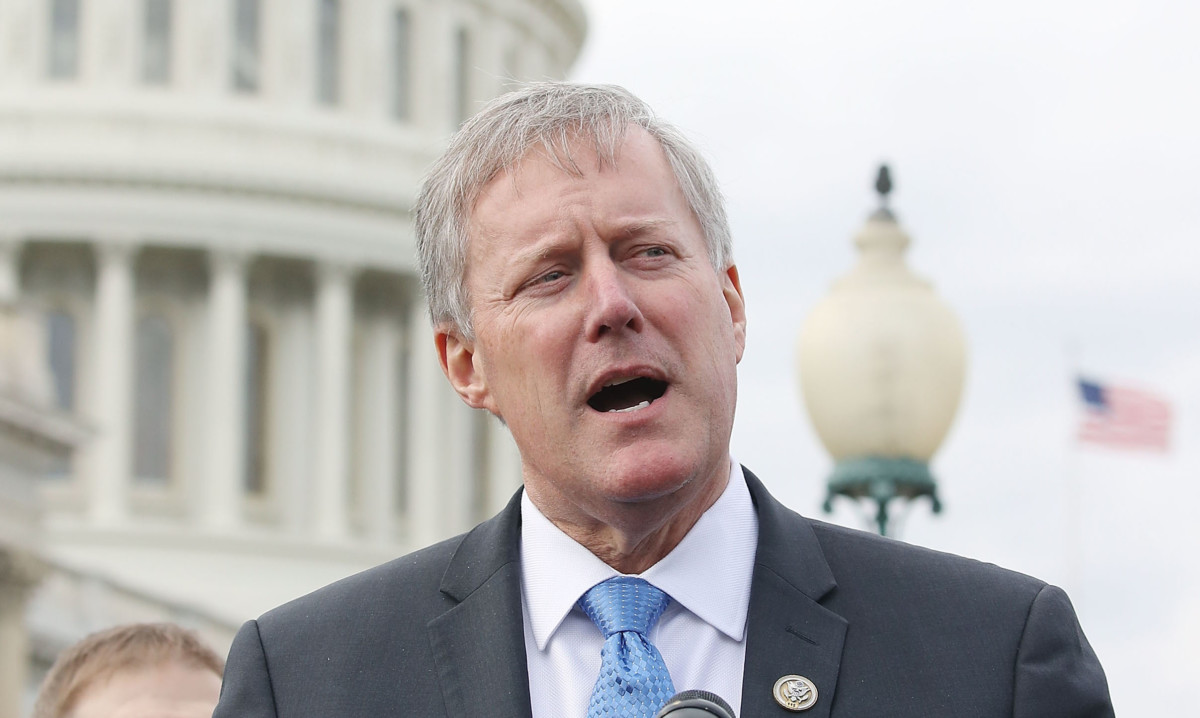 House Freedom Caucus Chairman Mark Meadows (R-N.C.) on Wednesday insisted that congressional tax writers include a corporate rate no higher than 19 percent in comprehensive legislation that he says needs to be sent to the president’s desk by Thanksgiving.

Speaking to a group of Americans for Prosperity activists at a rally in Washington, Meadows said he doesn’t want Congress to “nibble around the edges” and move forward with a less ambitious approach that would reduce the corporate tax rate to 20 percent or higher. The current rate is 35 percent.

“I think that something with a one in front of it — whether it’s 15 or 17 or 18 — that’s where we need to be,” Meadows said. He later told reporters that it would be “very difficult” to support a corporate tax rate in the 20s.

President Donald Trump’s tax plan calls for cutting the corporate rate to 15 percent. In the House, the current plan is to impose a 20 percent rate. Earlier this week, Senate Finance Committee Chairman Orrin Hatch (R-Utah) told Reuters that a more modest cut to 25 percent might be more realistic.

Marc Short, the White House director of legislative affairs, said Monday that he’s hoping a tax reform bill will be passed by the House and pending on the Senate floor by November. Meadows echoed those comments on Wednesday, saying that failure to send legislation to Trump’s desk by Thanksgiving, which falls on Nov. 23 this year, could endanger tax reform efforts altogether.

He said one reason for that is because political difficulties related to the looming 2018 midterm elections could complicate any tax reform bill coming before lawmakers next year.

“The minute we go past January, everybody starts saying, ‘Well, we can’t do anything too bold,'” Meadows said. “And so it’s the political reality in those midterm years — everything starts to slow down and you do things around the edges … and not bold.”

Meadows dismissed calls for tax reform to be revenue neutral, saying that doing so is simply a way to cut taxes in one area and raise them in another.

“When we talk about revenue neutral, what that means is: We’re going to cut your taxes in one place and we’re going to add them somewhere else,” he said. “There is no benefit from that.”