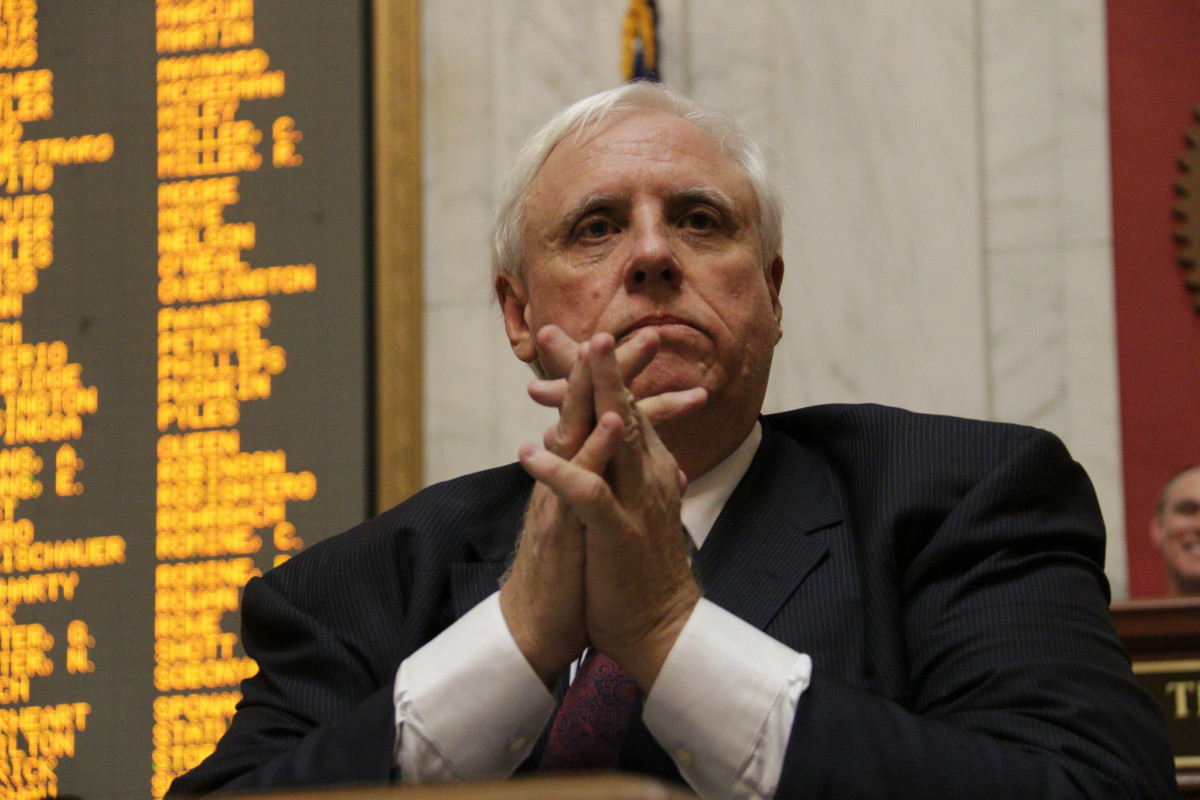 Justice is switching parties, according to a report. (Governor Jim Justice/flickr)
By Cameron Easley

West Virginia Gov. Jim Justice is switching parties for the second time in about two years.

Standing alongside President Donald Trump in Huntington on Thursday night, Justice announced he will become a Republican after switching to the Democratic side of the aisle in 2015 — a year ahead of winning the governorship.

“Today I will tell you as West Virginians, I can’t help you anymore being a Democrat governor,” Justice said at a rally at the Big Sandy Superstore Arena. “So tomorrow, I will be changing my registration to Republican.”

The billionaire coal magnate’s decision to switch parties follows one of the steepest drops in net approval rating of any governor in the country between the first and second quarter of 2017, according to Morning Consult’s Governor Approval Rankings.

In a survey of roughly 1,500 registered voters in West Virginia conducted April 1 through July 10, 51 percent of respondents said they approved of Justice’s job performance, while 34 percent disapproved of the governor who was just elected in November and 15 percent who didn’t know or had no opinion. That was a net 17-point drop in approval rating from the first quarter of the year, when a survey of 995 registered voters in West Virginia showed 58 percent of respondents approved of Justice and 33 percent disapproved, while 19 percent said they didn’t know or had no opinion.

The share of voters who soured on Justice’s work in office ranked behind just one other governor, Democrat John Carney of Delaware, who was also just elected in November, after serving three terms in the House. Both governors confronted budget standoffs with their state legislatures during their first few months in office, with Justice facing intense pushback from GOP lawmakers over his proposed tax hikes. Justice ultimately allowed a budget agreement that featured spending cuts, but no tax hikes, to become law without his signature.

Justice left the Republican Party in February 2015 to become a Democrat before launching his bid to replace then-Gov. Earl Ray Tomblin, a Democrat. His second crossing of the aisle gives Republicans the keys to 34 governor’s mansions across the country, and increases to 26 the number of states where the GOP has a political monopoly — controlling both the executive and legislative branches of state government.

Updated to include Justice’s comments at the rally Thursday night.