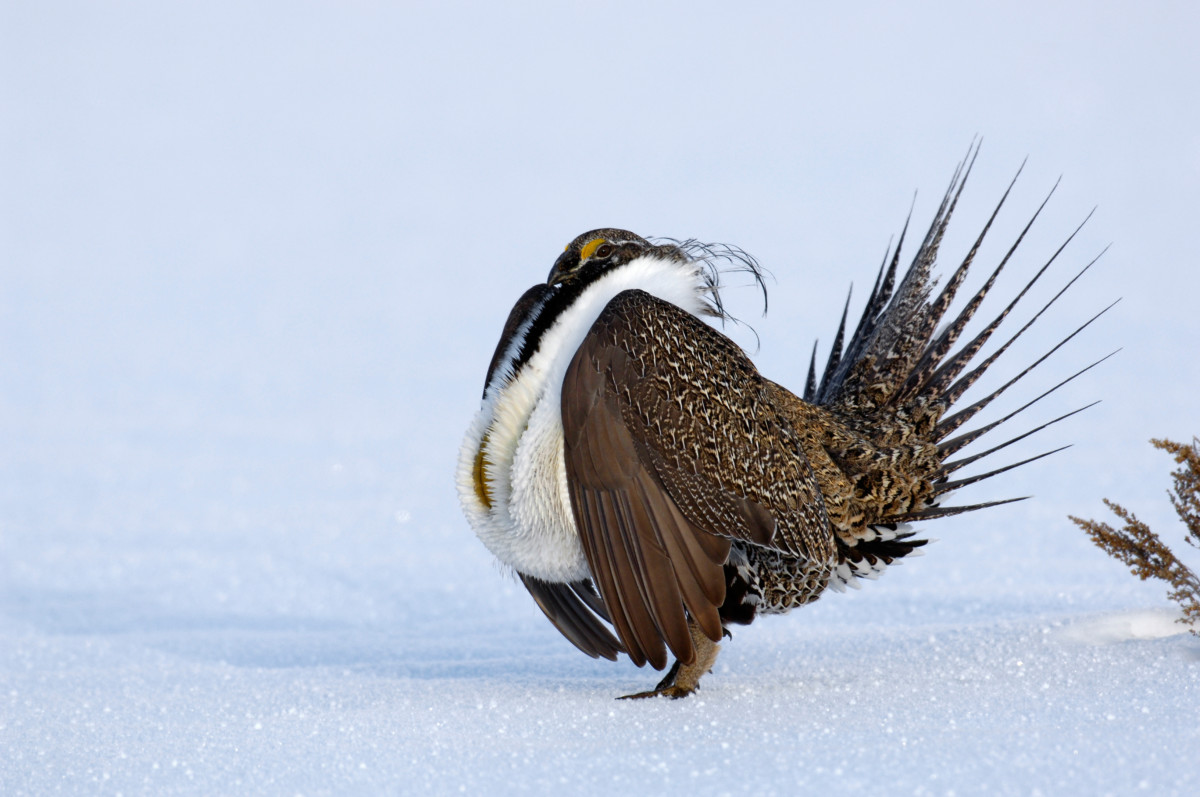 (brentawp/iStock/Getty Images Plus)
By Iulia Gheorghiu

The Interior Department wants to reduce conservation efforts for the greater sage grouse and its habitats, upsetting local stakeholders who had come up with their own plans for how to help the small bird with falling population numbers across the Western United States.

A review team from Interior on Monday released its recommendations, but stakeholders say they don’t take into account the delicate compromises developed over the years by conservation groups, ranchers and others over the use of 167 million acres of land that affect everyone from the energy industry to sportsmen.

The new plan recommends several amendments to existing regulation such as loosening protections for the bird, specifically in mineral leasing areas. The review also justifies benefits to ranchers — such as increasing cattle grazing areas in the established habitat zones — in order to protect the area against wildfires and invasive plants.

“The careless plan presented by Secretary Zinke, that ignores bipartisan, science based results, will no doubt fast-track the greater sage-grouse’s listing as an endangered species,” Chris Saeger, executive director of the Western Values Project, said in a statement on Monday.

The Interior Department did not immediately respond to requests for comment on the alternative plan.

And some industry groups welcomed the announcement, seeing it as a chance for greater collaboration between state and federal interests.

Polling released on Friday shows voters in Montana, Wyoming, Utah, Colorado, Nevada and Idaho, the states with sage grouse habitats, are familiar with the bird, especially sportsmen and fishermen.

The existing plan allows for commercial uses such as oil and gas development on some of the landscape, but restricts development to protect the long-term conservation of the bird and more than 300 other species of animals. The plan took decades of work, according to local stakeholders, and the current administration should defer to it.

“Interior’s 60-day review shows a callous disregard for nearly a decade of research and collaborative work by states and agencies, while ignoring the western communities who weighed in with millions of comments and who simply want to see the plans left to work as intended,” Nada Culver, policy director for the conservation group The Wilderness Society.

The Interior Department excluded the sage grouse from its endangered species list in 2015. Listing it would have restricted states from any negotiations and compromises over additional use of the affected land.

This story has been updated to include a statement from the American Petroleum Institute.