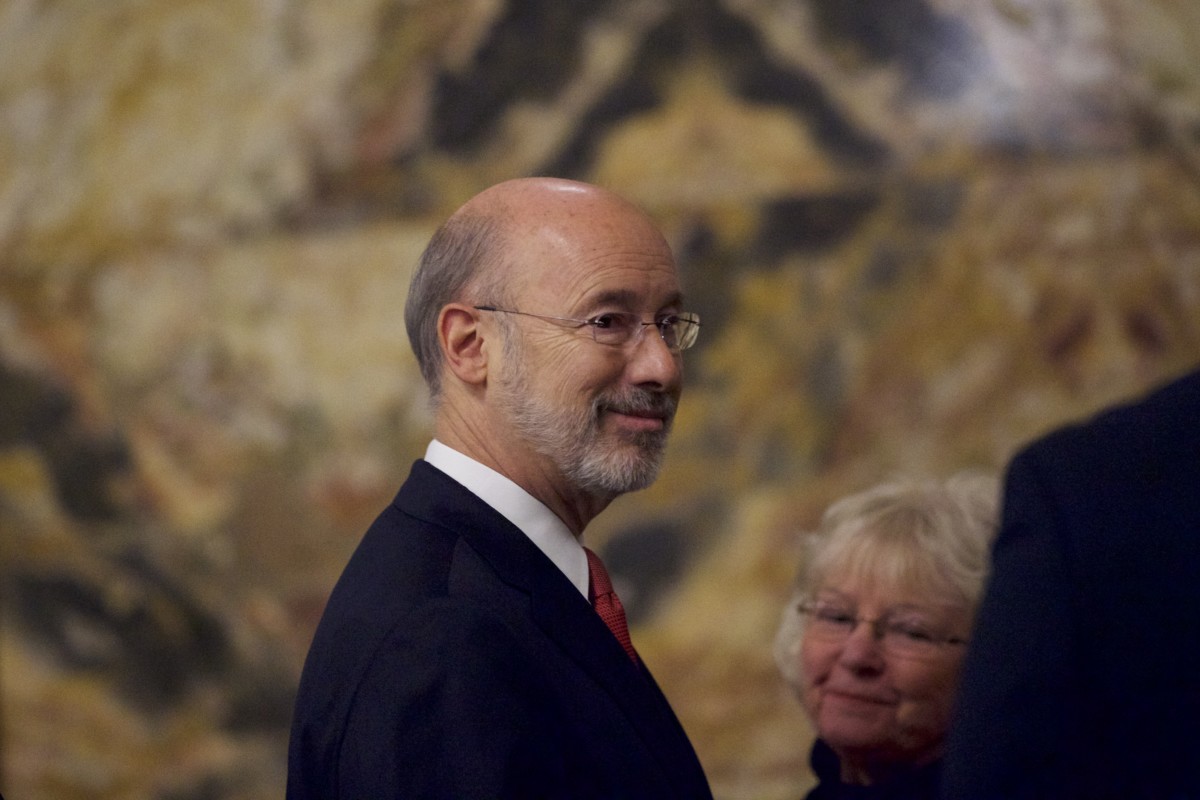 Some of the energy industry’s biggest trade organizations are throwing their weight against a new tax on users of the nation’s largest natural shale gas field in Pennsylvania, arguing that it would only hurt the local industrial economy and would do little to alleviate the state’s budget deficit.

Energy lobbying groups like the American Petroleum Institute are focusing their efforts on blocking a proposed severance tax on natural gas extraction as a way to put more pressure on the Republican-led Pennsylvania House of Representatives and raise the stakes for Republican lawmakers who normally support industry interests.

Pennsylvania, led by Democratic Governor Tom Wolf, is looking at ways to plug the state’s $2 billion budget deficit. Wolf has repeatedly tried to address this by proposing a shale tax, following up on his 2014 campaign promises.

Wolf’s budget plan would impose a severance tax of 6.5 percent based on how much gas is extracted from the ground, mainly from the Marcellus Shale formation, the nation’s largest.

The state Senate passed the proposal last month, but it’s unclear whether the Republican House leadership will follow that lead.

“We understand the difficult situation that the commonwealth is in,” Terry Fitzpatrick, president of the Energy Association of Pennsylvania, a utilities and gas trade group, said during a press call on Tuesday, which also included representatives from the API. “But the burden should be spread evenly.”

Pennsylvania already has a drilling tax, known as the impact fee, which is imposed on new gas wells. But it’s the only large natural gas-producing state to lack a direct severance tax on natural gas. West Virginia, which also uses the Marcellus Shale formation, Texas, Oklahoma, Wyoming and Louisiana all tax shale gas as it gets extracted.

Pennsylvania’s impact fee by itself generated $173 million last year and a total of $1.2 billion since it was put in place in 2012. The severance tax revenues are expected to be just under $300 million in the 2017-2018 fiscal year, according to the governor’s budget proposal.

But David Spigelmyer, who leads the Marcellus Shale Coalition, a drilling industry trade group, said during the press call that the severance tax in Arkansas, Colorado and West Virginia in total generated less revenue than Pennsylvania’s impact fee.

Also during the call, David Taylor, president of the industry group Pennsylvania Manufacturers Association said the tax would hurt the state’s industrial economy.

In its legislation, the state Senate tried to address the natural gas industry’s concerns by adding language that would speed up permitting processes for pipelines, construction and additional state infrastructure.

“It’s a good starting point, but I don’t know that it’s enough to overcome the negative impact of the tax increases it will have on our state,” Kevin Sunday, governmental affairs director of the state’s Chamber of Business and Industry, said in an interview on Tuesday.

One of the industry’s concerns about the proposed changes to the permitting rules is the legal backlash they would likely face from environmental groups that oppose increased fracking and pipeline networks, Sunday said. Conservationists have used Pennsylvania’s environmental rights amendment in the past to slow down gas development, and the state’s Supreme Court has ruled in their favor.

And while a faster permitting process could benefit natural gas providers, industry groups such as the Pennsylvania Manufacturers Association say that it would do nothing to reduce the tax burden on manufacturers and industries that use natural gas in their operations.

Pennsylvania’s legislature faces pressure to move on the tax after missing its June 30 budget deadline. The state Senate passed a revenue package, which includes the shale tax, in a vote of 26-24 with bipartisan support. House Leader Dave Reed told reporters ahead of the August recess that the lower chamber still had big disagreements over various tax issues.

John Neurohr, spokesman for the nonpartisan research project Pennsylvania Budget and Policy Center, said several House members indicated that the chamber could come back before the end of August to discuss the tax package. Spokespeople for House Speaker Mike Turzai and House Leader Dave Reed were not available to comment on the possibility of an early return from the August recess, which ends Sept. 11.