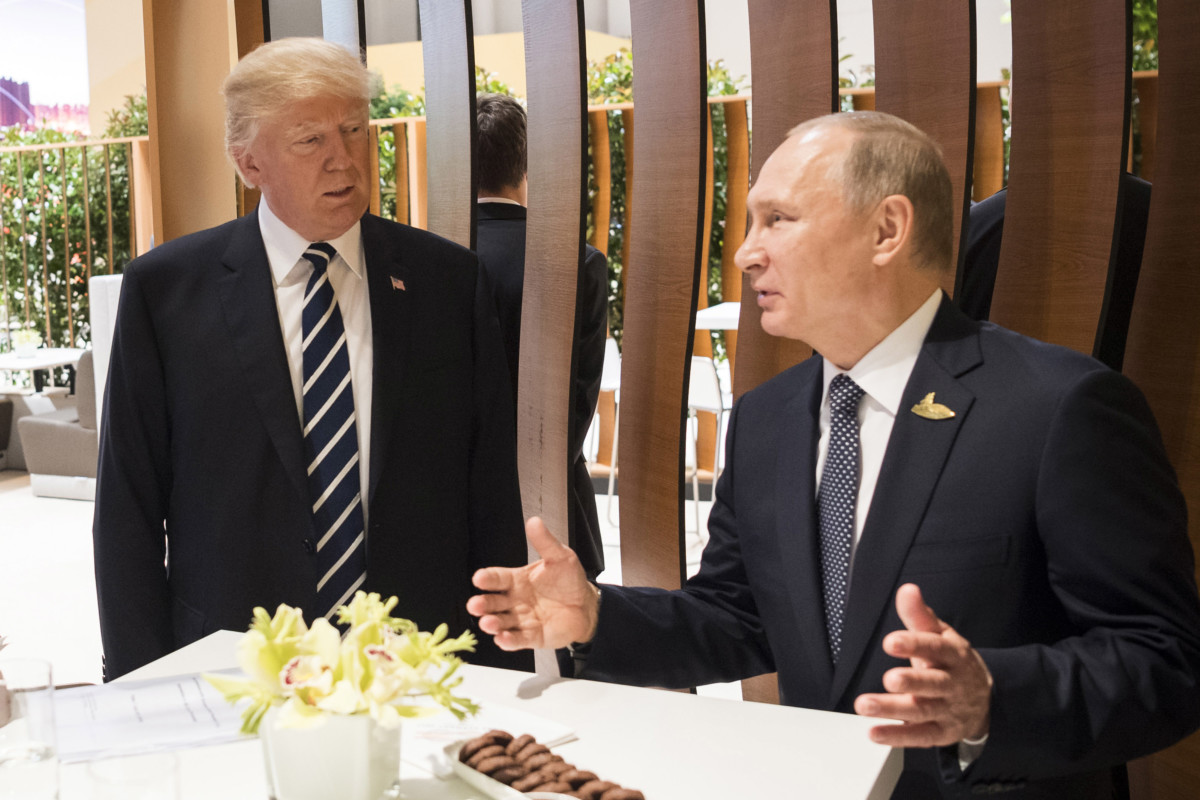 Trump meets with Putin during the G20 Summit on July 7 in Germany. (BPA via Getty Images)
By Cameron Easley

Republican views of Russia’s relationship with the United States appear to have come full circle following an uptick in good will among those voters earlier this year.

In a new Morning Consult/POLITICO survey, half of registered GOP voters said they viewed Russia as an enemy or unfriendly to the United States, up 13 points from a poll in May, while 37 percent said they viewed Russia as friendly or an ally — down 12 points from the May 18-22 poll. Republican voters were still less likely than Democrats (71 percent) or independents (57 percent) to brand the Eurasian country negatively. 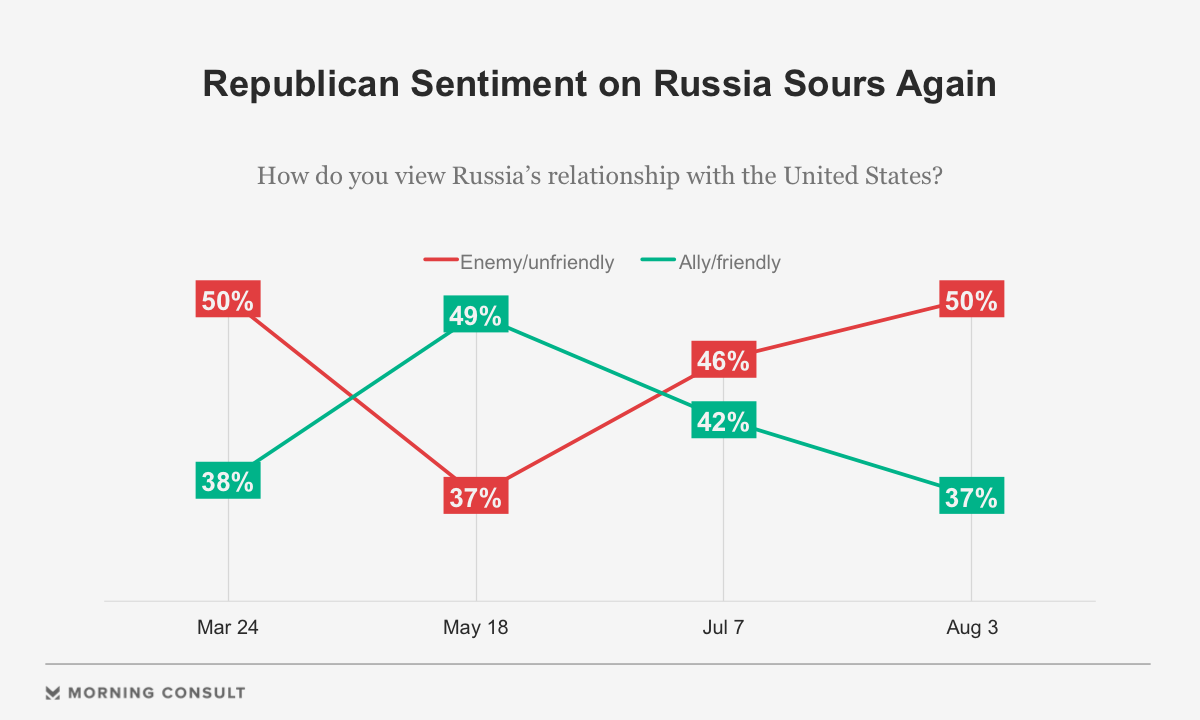 Overall, 60 percent of registered voters view Russia as unfriendly or an enemy, while 29 percent said it was friendly or an ally.

The high-water mark of positive sentiment toward Russia among Republican voters came days after President Donald Trump fired Federal Bureau of Investigation Director James Comey, the man who was leading the FBI’s probe into Russian interference of the election and potential collusion with Trump campaign associates, on May 9.

During a May 11 interview with NBC News, Trump said the Russia probe factored into his decision to remove Comey.

“I said to myself, I said, ‘You know, this Russia thing with Trump-Russia is a made-up story, it’s an excuse by the Democrats for having lost an election that they should have won,'” the president said.

Rank-and-file Republican voters are growing more pessimistic regarding relations with Russia, as stories linking members of the campaign to the Kremlin have continued to surface.

The change in sentiment among GOP voters also coincides with a growing effort from the party’s elected officials to clamp down on President Vladimir Putin and his regime. Both the House and Senate overwhelmingly voted to increase sanctions against Russia while also limiting Trump’s ability to unilaterally remove penalties already in place.

In the new survey, 70 percent of Republican voters said they supported the legislation, which Trump reluctantly signed into law Aug. 2. A smaller share of GOP voters (58 percent) said they approved of Congress limiting the president’s ability to lift the sanctions without approval from lawmakers.

Putin retaliated to the new sanctions by announcing plans to expel hundreds of U.S. diplomats and other personnel from Russia by Sept. 1, as well as seizing two diplomatic properties in the country.

Trump said last week that relations with Russia were at an “all-time low,” pointing the finger of blame at Congress.

Our relationship with Russia is at an all-time & very dangerous low. You can thank Congress, the same people that can’t even give us HCare!