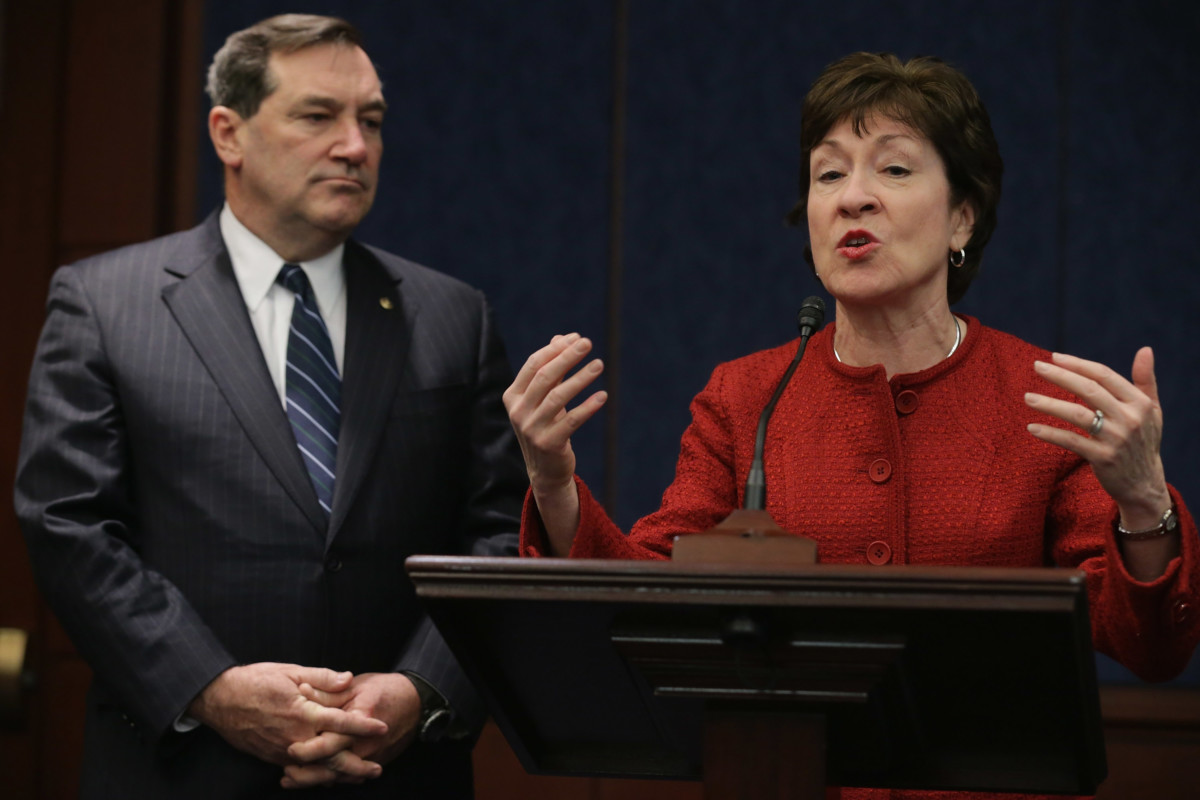 Trump administration officials and Republican congressional leaders have given mixed signals about whether — and how aggressively — they’ll court Democrats on tax reform.

In the House, leaders have a much greater chance of pushing through a plan aimed at simplifying the federal tax code on a party line vote.

But in the Senate, a strictly partisan route is a risky political play. Senate Minority Leader Chuck Schumer, of New York, said recently Republicans using the fast-track reconciliation process would alienate at least 45 of the Senate’s 48 Democrats. That wouldn’t leave much wiggle room for Senate Republicans and their 52-48 majority — with the recent health care defeat offering a cautionary tale about the perils of relying on party-line support for major legislation being pushed by President Donald Trump.

So Republican leaders might be wise to start finding votes at Democratic soft spots, said Bill Hoagland, who was a staff member and director of the Senate Budget Committee for panel Republicans over more than two decades.

A slice of Democrats could come to the table for slicing corporate tax rates, said Hoagland, now senior vice president at the Bipartisan Policy Center. There’s bipartisan consensus for cutting the current corporate tax rate from its current 35 percent level to make American businesses more competitive — an idea Schumer has expressed support for, though rates are unlikely to be slashed to the 15 percent level President Donald Trump has proposed.

Hoagland said he could also see bipartisan teamwork on repatriation of the more than $2 trillion in past foreign profits of U.S. multinationals held abroad. That’s something Trump, Treasury Secretary Steven Mnuchin and administration allies have talked up.

There are also the classic sweeteners for Democrats, such as an expansion of earned income tax credit and deductions for child care, said Jim Manley, former communications advisor for then-Majority Leader Harry Reid (D-Nev.) and now director at QGA Public Affairs.

Those inclusions, which have also been pushed by the White House, could lure some Democratic lawmakers, especially the three senators who didn’t sign an Aug. 1 letter from Minority Leader Chuck Schumer to Trump warning against a partisan tax reform bill — Joe Manchin (W.Va.), Joe Donnelly (Ind.) and Heidi Heitkamp (N.D.).

Still, even their willingness to play ball on tax reform is a wild card, since the Republican leadership has set a coyishly high bar for giving them reason to participate.

“Senator Heitkamp is approaching tax reform with an open mind and she wants work across the aisle to help make reforms that will grow the economy and support working families,” the North Dakota Democrat’s office said in a statement last week.

But negotiations over specifics may not matter if tax reform falls prey to broader political forces. Even if parties could come to an agreement on corporate taxes and repatriation, it could prompt protests from base voters unless their individual rates also decrease.

“That’s where the rubber meets the road, and it gets very difficult,” Hoagland said. “In this populist environment we’re doing these days, that’s a hard sell to the American public.”

Even in the House, it’s not a sure thing a Republican-written tax reform bill could overcome deep party fissures, between the conservative Freedom Caucus and more moderate factions.

Former Sen. Ted Kaufman (D-Del.), a longtime chief of staff for Joe Biden during his decades in the Senate, suggested Trump could use a tax reform fight to extract revenge. Though senators have their own independent power bases and aren’t likely to be swayed by an early morning tweet aimed at them by the commander-in-chief.

“I think his strategy is trying to get even with folks that voted against health care reform,” Kaufman said. “You’re Collins? You’re Murkowski? You’ don’t lose anything by voting against him.”

Manley said Republicans are “desperate” enough for a win he’d be “shocked” if they forgo the reconciliation process, which eliminates most Democratic support and leaves the GOP to reach for whatever they can get.

“This is the gang that couldn’t’ shoot straight [on health care]. I assume they’re going to go with the lowest common denominator and that’s just tax cuts heavily skewed to the wealthy,” he said.

That might be all Republicans can hope for with taxes this year, said Stephen Moore, a former economic adviser to Trump who now works for Heritage Foundation. Even getting a couple of Democrats on board wouldn’t guarantee their votes on the sticky points. Moore said he is advocating tax cuts this fall, rather than full-on reform, because Congress doesn’t have nearly enough time to hash out the details for future bipartisan agreement.

“You’re taking on a lot of powerful special interest groups, with only one -party support,” he said. “It’s difficult, to say the least.”

A tax code overhaul with bipartisan support would have to wait at least until 2018, and would need to be tied to something like infrastructure, creating a message that revolves more around jobs and economic growth than straight taxes, Moore added.

“You’re not going to get rid of loopholes now,” he said. “You saw what happened with border adjustment tax. All the retailers came out solidly against it. I think what we’re in for taxes this year is a business tax cut, something for individuals, and maybe the least indefensible loophole. It’s worth a try.”

There’s one more question Hoagland said might re-emerge with increased urgency as the tax debate heats up.

“I don’t know how you do tax reform, getting down to the end, unless the president releases his tax returns,” Hoagland said. “Unless we know what these changes mean to the president, I don’t know that the end of the day you could get bipartisan support at all.”

Senate Minority Leader Schumer said Dems will play along as Republicans wade through a tax code overhaul only if proposals do not cut taxes for the wealthy, add to the federal deficit or allow Republicans to act on their own through reconciliation.