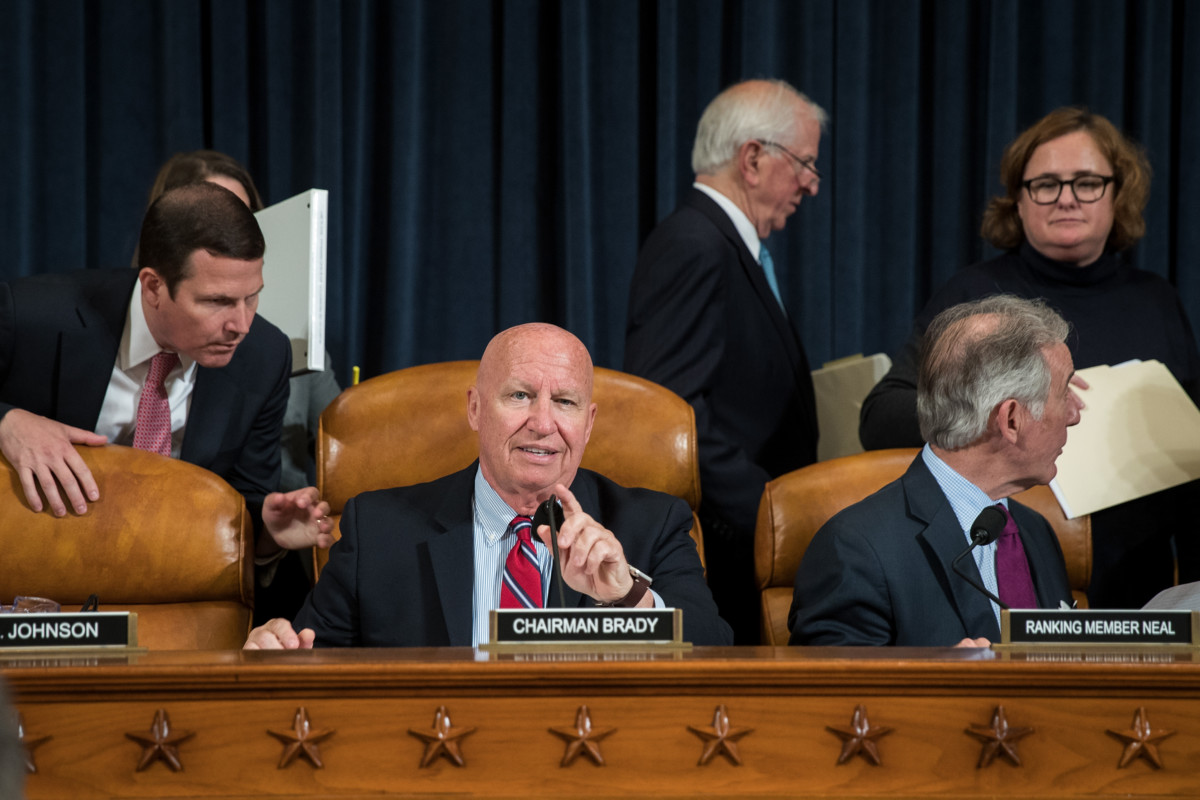 On the hallowed Republican grounds of the Reagan Ranch in Santa Barbara, Calif., House tax writers embraced a provision that would provide immediate relief to export-heavy businesses but whose high cost might prevent the deep corporate tax rate cuts they had initially promised.

House Ways and Means Chairman Kevin Brady confirmed Wednesday that GOP tax policy will include full expensing, which would allow businesses to immediately deduct equipment expenses from their income.

Full expensing is a key element of House Republican tax proposals aimed at driving economic growth, but it has critics in both parties who say it is too costly. More recently, a partial expensing proposal with a three-year phase-in has been floated, but Brady, a Texas Republican, rejected the idea.

“Where we know growth comes from are lowest rates we can get for our businesses, large and small,” Brady said. “If they can send less to Washington, they can invest more in their workers, businesses and future.”

Opponents say full expensing helps export-heavy companies like steel and energy but does nothing for retailers, which rely heavily on imports.

“Tax reform should be used not to pick winners and losers, but to lower and flatten the rates and make it more fair for everyone,” said Americans for Prosperity President Tim Phillips in an interview Wednesday.

The ranch, with a replica of the table where Reagan signed an extensive overhaul of the tax code in 1980s, holds special meaning for Republicans looking to replicate the colossal task. But in contrast to the bipartisan effort behind Reagan’s tax rewrites, Republicans have made it clear that they plan to craft a new tax code on their own.

Brady said he was “hopeful our Democratic colleagues join us,” but both Senate and House leaders have said they will use the fast-track reconciliation process to push through their legislation, which requires only a simple majority to pass.

President Donald Trump, away from Washington on a 17-day vacation and embroiled in criticism over his responses to North Korean nuclear threats and white nationalist protests in Charlottesville, Va., has so far done little this month to push his tax agenda. But he is expected to release updated guidelines in September.

The House is expected to return from its August recess with a blueprint for legislation, which leaders say they hope to pass before Thanksgiving.

Now that the proposal of a border adjustment tax has been abandoned, House lawmakers have yet to rally around any solutions that would bridge the potential deficits incurred by sweeping tax cuts.

And the full expensing proposal has drawn skepticism even among the most ardently conservative lawmakers. House Freedom Caucus leader Rep. Mark Meadows (R-N.C.) said earlier this month that the plan’s initial cost is not guaranteed to pay off in the long run and that Congress should instead focus on the lowest possible corporate tax cut, preferably in the teens. The White House, too, has also favored sharply cutting the corporate tax rate and has said little about full expensing provisions.

Brady acknowledged Wednesday that a Republican tax plan could lead to initial budget deficits. “Yes, we will be open to losing tax revenues in these early years,” he said. “But economic growth and eliminating special provisions in this bloated tax code so we can lower the rates for everybody will help us balance over that period.”

The center-right Tax Foundation estimates that full expensing would slash federal revenue by $2.2 trillion over a decade. Supporters of the provision say that it would end up generating enough jobs and economic growth to reduce the dynamic cost to $881 billion over 10 years.

“If people go through that entire process [of tax reform] and don’t reap the benefits, that’s just going to make the next round of reforms all the more difficult,” he said in an interview Wednesday.

A smattering of other specifics emerged from House lawmakers’ tax speeches in California on Wednesday. Brady said the House blueprint would maintain the mortgage tax deduction and would continue efforts to permanently repeal the death tax.

Rep. Peter Roskam (R-Ill.) said tax reform would require a comprehensive remake of the Internal Revenue Service, most likely after the initial proposal is passed.