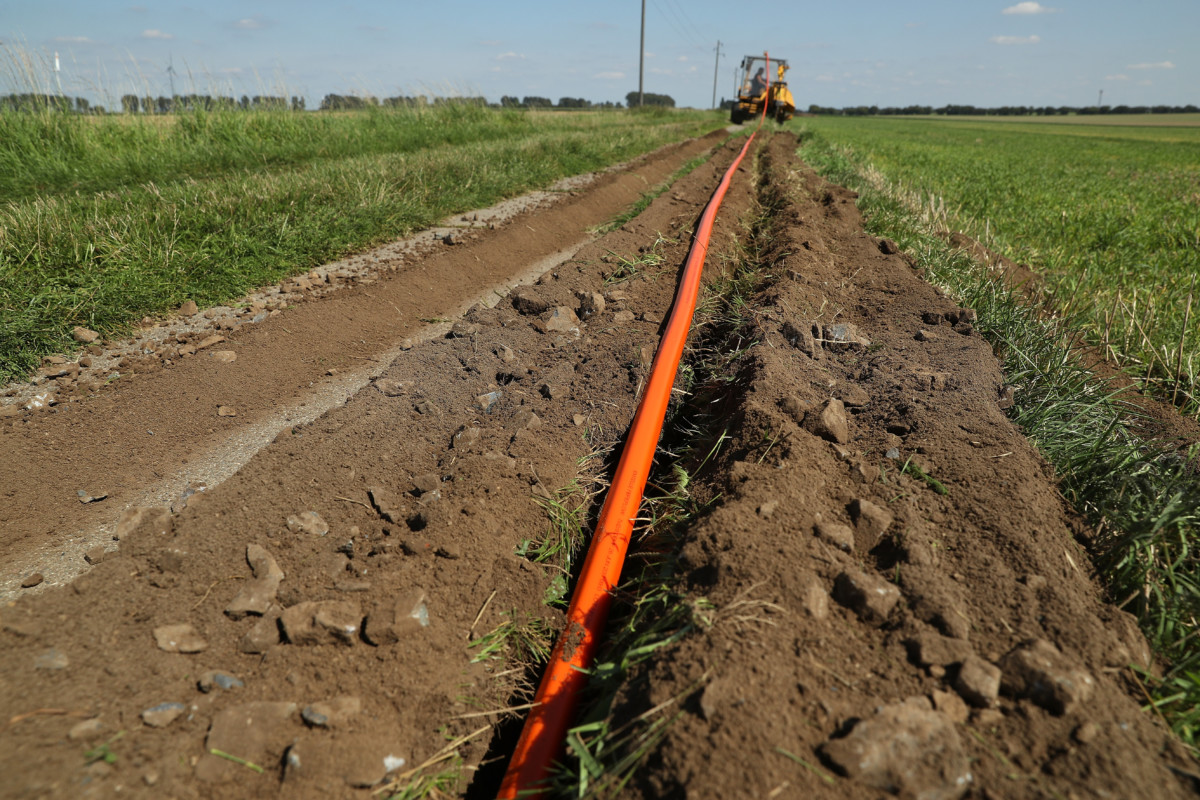 According to the Federal Communications Commission, the Mountain State ranks 48th in the nation for broadband coverage. That helps explain why Capito co-chairs the Senate’s Rural Broadband Caucus, and why she’s willing to try practically anything.

Last week, Capito joined Sen. Kirsten Gillibrand, (D-N.Y.), in introducing the Broadband Connections for Rural Opportunities Program Act, which would channel as much as $50 million in grants annually to build out broadband infrastructure through a Department of Agriculture entity, the Rural Utilities Service.

In May, Capito teamed up with FCC Chairman Ajit Pai (R) in proposing tax breaks for commercial enterprises that invest in so-called Gigabit Opportunity Zones — areas would be determined largely by state governors, with local governments adopting permitting processes aimed at easing access to those markets for telecoms. Capito codified the proposal in S. 1013, whose lone co-sponsor is Sen. Chris Coons (D-Del.). The measure was referred to the Senate Finance Committee, which has taken no action on the bill.

The legislation introduced by Gillibrand would provide as much as 75 percent of the construction and select deployment costs of a high-need broadband project, and it mentions prioritizing applicants such as state, local and tribal government stakeholders and nonprofits. Typically, low-interest loans and grants made through the Rural Utilities Service have gone to local co-ops and utilities.

Subsidizing governments with grants is something FCC Commissioner Michael O’Rielly has argued against. The Republican appointee says doing so harms the private sector by subsidizing its competition at unnecessary cost to taxpayers.

“With areas completely unserved or in need of upgrades, it makes little sense to direct federal dollars to fund competition,” he wrote in a February blog post. “Fundamentally, our broadband policy has been and should continue to be based on private sector companies continuing to build out their networks to meet consumer needs. Unlike government entities, the private sector has the technical knowhow and experience to build and operate complex communications systems.”

Christopher Mitchell, who directs the broadband program at the Institute for Local Self Reliance, disagrees. He pointed to what he says is a lack of interest on the part of for-profit companies in sparsely populated areas that don’t promise a return on their investment.

“Tax credits won’t make a dent in anything but state and federal budgets” he said in an email Wednesday. “Building infrastructure in rural areas usually requires a non-profit business plan. That is why government builds roads, co-ops offer electricity, etc. Tax credits don’t help the entities most likely to build good networks in rural areas.”

Mitchell called Capito’s bill from May, which would expand USDA authority to provide loans and grants in rural areas, “a good start.”

“Electric co-ops are the single greatest hope we have to expand high quality internet access across rural areas,” he said.

Meanwhile, Gillibrand’s bill has been referred to the Senate Agriculture Committee, which earlier this year heard from rural providers.

“Small rural broadband providers cannot walk into large commercial banks to obtain loans for networks where the addressable market of consumers is so small, the costs are so high, and the payback is therefore often measured in decades rather than years,” said Catherine Moyer, chief executive of Pioneer Communications, during February testimony on behalf of NTCA-The Rural Broadband Association. “There is no ‘Wall Street’ financing for rural broadband. Cost-effective Rural Utilities Service (RUS) loans offered through the U.S. Department of Agriculture (USDA) are therefore an essential resource for small businesses looking to deploy broadband in rural America.”

The FCC declined to comment for this article, and Capito’s office did not respond to a request for comment.