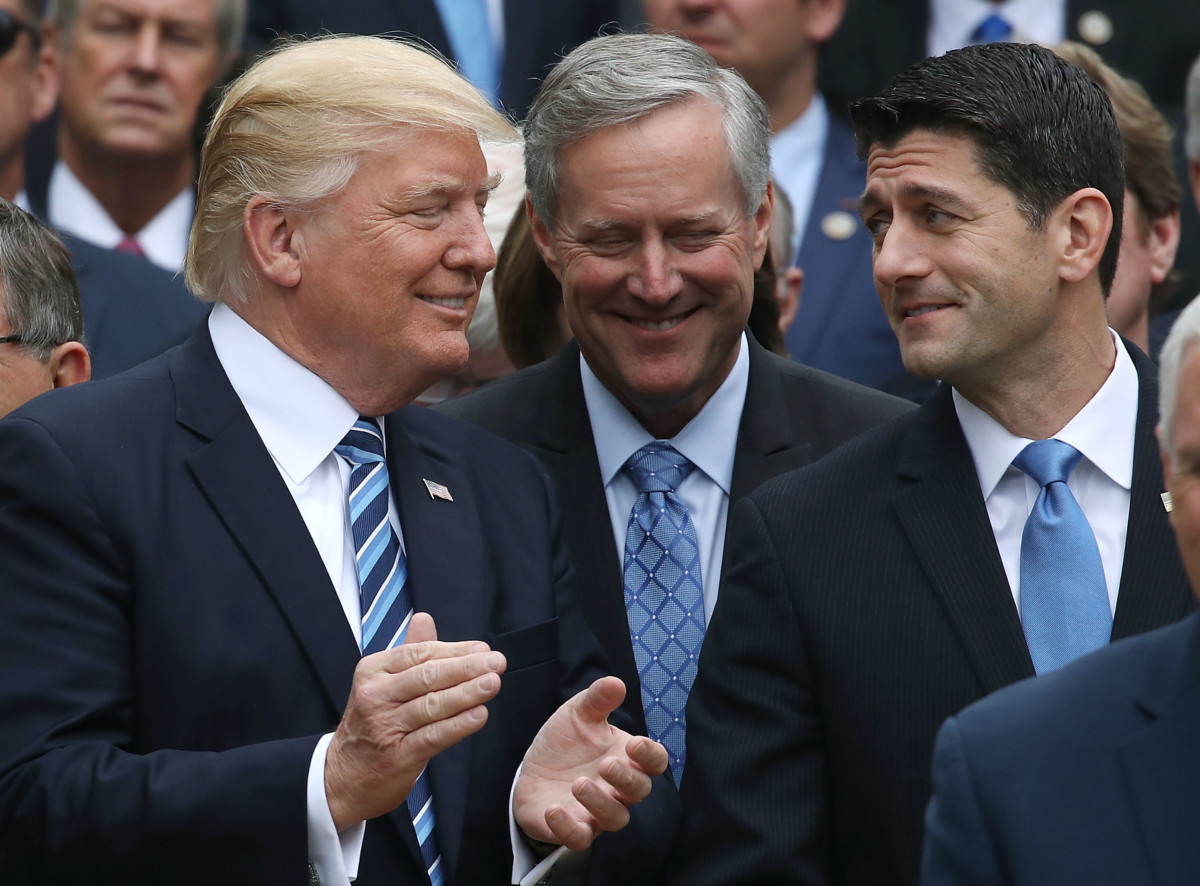 Despite concerns about the deal reached between President Donald Trump and Democratic leaders to couple a hurricane relief package with a nearly three-month extension of the federal debt limit, the chairman of the House Freedom Caucus said he saw a bright side to the news for Republicans hoping for a longer-term plan.

“The good news is that the president is myopically focused on trying to get tax reform done. That’s why he struck the deal,” Rep. Mark Meadows (R-N.C.) told reporters Thursday at a breakfast hosted by Bloomberg. “If there’s a bit of good news for conservatives, it’s all about that we’re going to move that agenda forward.”

If Meadows is right — he said he spoke to Trump on Wednesday after the deal was announced between Trump, House Minority Leader Nancy Pelosi (D-Calif.) and Senate Minority Leader Chuck Schumer (D-N.Y.) — Trump’s focus on tax reform this fall would put him in line with a plurality of voters and more than half of Republican voters.

According to an Aug. 31-Sept. 3 Morning Consult/POLITICO poll, 38 percent of registered voters said tax reform should be a top priority for Congress upon its return from August recess. Another 31 percent said it was an important but lower priority. Among Republican voters, 53 percent described it as a top priority, compared with 27 percent of Democratic voters who said the same.

“I hope the Democrats join us,” he said when asked about possible bipartisan action on the issue. But Ryan said he would stick with the GOP plan to use a procedural measure to advance a tax overhaul that would not require any Democratic votes in the Senate if Republicans stick together.

Pelosi, also speaking with reporters on Thursday, was dismissive about the tax reform proposals being pitched by Republicans, describing them as “detrimental to everything we would care about.”

On the debt limit issue, she said Democrats ended up with the upper hand because Republicans did not have enough support for a proposed 18-month extension when a bipartisan group of congressional leaders met in the Oval Office with Trump on Wednesday.

Nineteen percent of voters said Congress should make it a top priority to fund Trump’s wall along the border with Mexico.

Ryan, who prior to meeting with Trump described a short-term debt limit hike as “ridiculous and disgraceful,” said Trump made a “game call” in agreeing to tie hurricane funding to the debt ceiling.

“What he was aiming for in that meeting yesterday was a bipartisan moment while the country is facing two horrible hurricanes,” he said, adding later: “We all thought we had more time to deal with the debt limit issue — that’s before the hurricanes hit.”