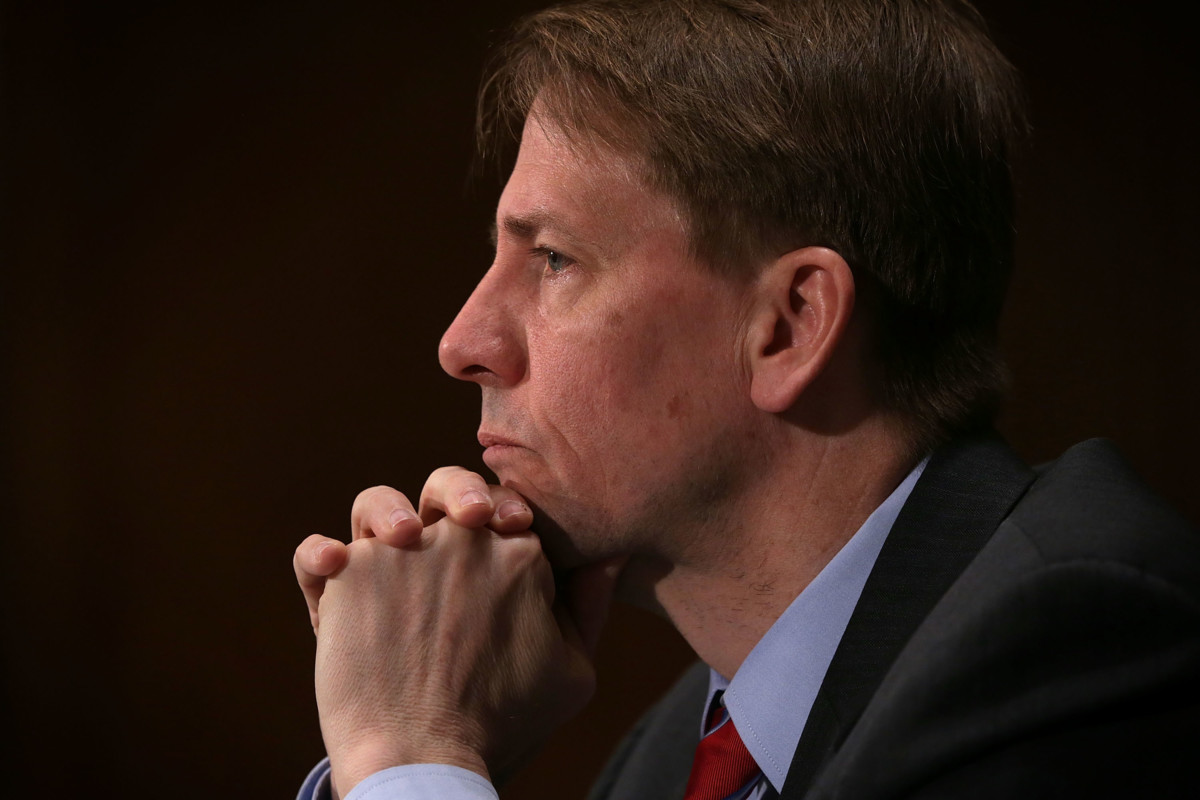 The Consumer Financial Protection Bureau on Thursday finalized a long-awaited regulation that would place new rules on small-dollar lenders in an effort to prevent consumers from being overwhelmed by increasing debt obligations.

The move prompted a divided response from different factions within the finance industry since the rule would impact small-dollar lenders like payday loan providers but largely leaves alone credit unions and community banks.

The rule would require small-dollar lenders to assess whether borrowers can afford to pay their obligations and basic living expenses during the loan’s term, and within 30 days of the final payment.

Payday loans, along with auto title loans and long-term loans with payments that balloon near the end of the loan’s term are covered by the regulations. Longer-term loans that were included in the CFPB’s original proposal were not included  in the finalized version because the bureau’s leaders want to see how the market reacts to the new regulations first, CFPB Director Richard Cordray said.

Most of the rule’s provisions become effective 21 months after its publication in the Federal Register.

Finalizing the payday lending rule was one of the last major agenda items remaining for Cordray, an appointee of former President Barack Obama who has remained in the position because he 2010 Dodd-Frank Act established the bureau as an independent agency. His term expires in July 2018.

However, the rule has been one of the most controversial items in the CFPB’s docket in the last several years, along with a separate regulation that limits banks’ ability to avoid class-action lawsuits.

Cordray told reporters in a call on Thursday he sees the rule’s ability-to-pay requirements as a “common sense protection” that could “prevent lenders from succeeding by setting up borrowers to fail.”

According to Brian Shearer, a CFPB attorney, the rule will allow borrowers to still obtain loans about 94 percent of the time that they can under current regulations. On Thursday’s call with reporters, Shearer described the rule as a “floor, and not a ceiling” for how states can regulate the small-dollar lending sector.

The CFPB’s efforts to place the new restrictions on small-dollar lenders has been praised by consumer groups like Americans for Financial Reform and the Consumers Union.

But the rule has been routinely criticized by Republicans in Congress and industry groups like the Consumer Bankers Association, whose president, Richard Hunt, said in a statement Thursday that the CFPB “whiffed at an opportunity to provide assistance to the millions of Americans experiencing financial hardship.”

Hunt, whose organization represents retail banks with over $10 billion in assets, said that the rule would “drive Americans to pawnshops, offshore lenders, high-cost installment lenders and fly-by-night entities.”

Another organization representing large banks, the American Bankers Association, applauded how the new regulation largely avoids restricting community banks’ lending activity. Virginia O’Neill, the senior vice president of the ABA’s Center for Regulatory Compliance, said in a statement that she hopes the move “will allow banks to expand programs to effectively meet the small-dollar credit needs of their customers.”

In spite of the mostly positive reaction from some corners of the finance industry, small-dollar lenders criticized the rule. Edward D’Alessio, the executive director of the Financial Service Centers of America, said in a statement that the rule is “fundamentally flawed and politically motivated.”

“The final rule published today will devastate an industry that serves nearly 30 million American customers each year,” D’Alessio said. He also said FiSCA plans to work with Congress and the White House to reverse the rule.

Because of the CFPB’s statutory independence, Republicans opposed to the rule have few tools available to block its implementation. Aside from litigation, which is a common response to controversial regulations from business groups and is sometimes supported by lawmakers, the GOP has relied on the Congressional Review Act’s provisions to block regulations they oppose in this Congress.

The CFPB’s arbitration regulation is subject to a CRA disapproval resolution that the House approved earlier this year. But that effort remains stalled in the Senate because of skepticism from a handful of Republican senators.

At this point, no Republican lawmakers have announced plans to move forward with a disapproval resolution for the small-dollar rule.

The consumer groups that support the rule, though, are already gearing up for a fight. A coalition that includes Americans for Financial Reform and Allied Progress, two left-leaning groups that support the CFPB’s efforts, announced that it has purchased digital advertisements targeting a bipartisan, bicameral group of lawmakers.

The CFPB’s move comes amid consistent rumors about the possibility that Cordray will run for governor of his home state, Ohio. Cordray has not denied that he is considering seeking the top job in Columbus, and a CFPB spokesman declined to comment on the speculation on Thursday’s call.

A spokeswoman for Senate Banking Committee Chairman Mike Crapo did not immediately return a request for comment on whether the Idaho Republican will introduce or support a CRA resolution. A White House spokeswoman declined to comment.