Poll: Public Divided on Playboy’s Relevance — but They Read the Articles 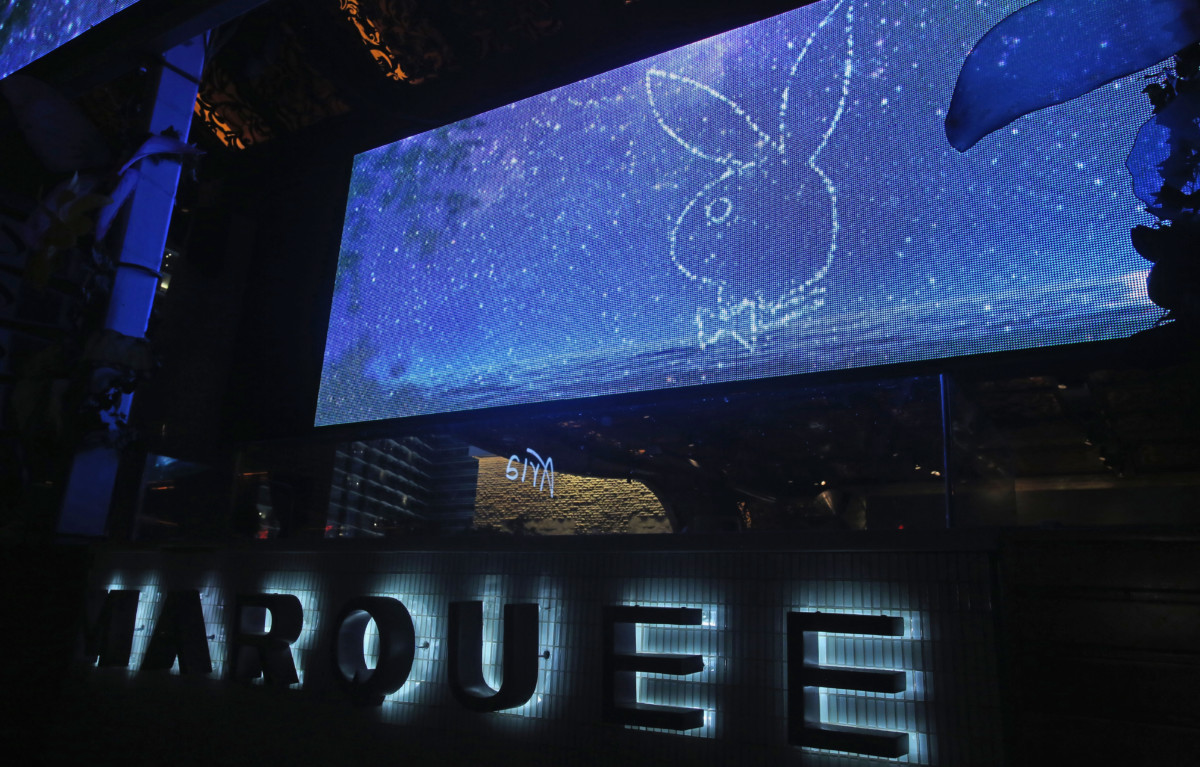 The death of Playboy Enterprises Inc. founder Hugh Hefner on Sept. 27 raised questions about whether it also meant the death of the media and lifestyle brand he built from the first publication of Playboy magazine in 1953.

Last year, the Playboy Mansion was sold for $100 million and Playboy Chief Executive Scott Flanders, who led the company through a time of changing focus, stepped down. Playboy has yet to name a permanent chief executive.

A new Morning Consult survey of 2,201 U.S. adults found the public is largely divided on the relevance of the flagship magazine. Nearly half (47 percent) of the respondents in the survey, conducted Sept. 29-Oct. 1, say the publication is relevant to the world as a whole while 41 percent say it is not. The poll has a margin of error of plus or minus 2 percentage points.

When it comes to naming the generation to which Playboy is most relevant, respondents are more likely to identify older age groups rather than their own. 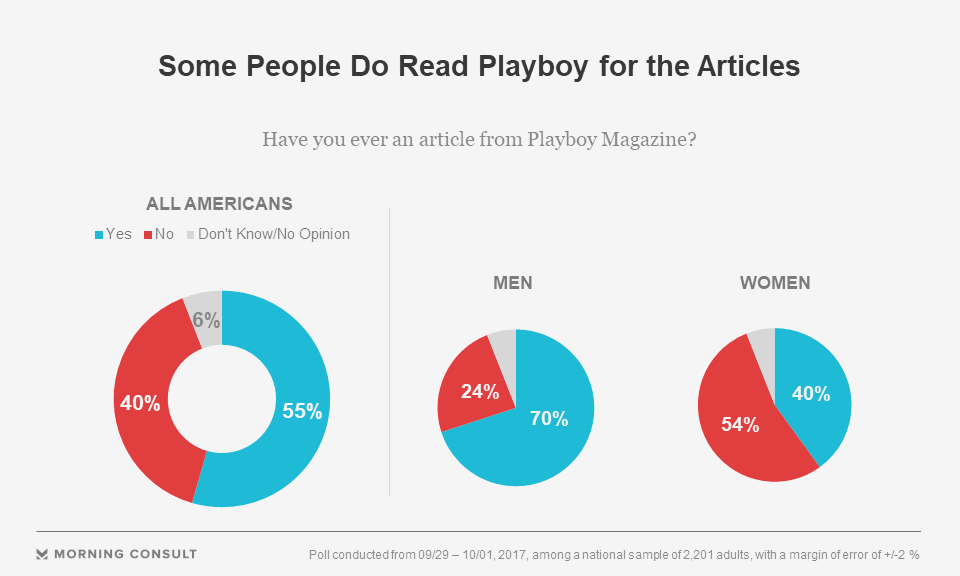 These views are reflected in impressions about the brand itself: While 40 percent of adults have a favorable impression of Playboy in Morning Consult Brand Intelligence, above the news media’s average favorability of 24 percent, another 28 percent hold unfavorable views.

“Clearly, Playboy is less relevant than it was 20, 30, or 40 years ago, but there are a lot of things that could be done to make it relevant again,” said Jonathan Boyar, a principal at the Boyar Value Group, which was a shareholder in Playboy Enterprises when it was a publicly traded entity. Hefner took the company private in 2011 in a deal that valued Playboy at $207 million at the time.

“Playboy is an iconic brand. They can be tarnished, but never really die. And with the right stewardship and the right people leading the company, it can become relevant again,” he added.

In an attempt to refresh the brand, Playboy announced in 2015 it would no longer feature full nudity in its centerfolds, but it reversed that decision earlier this year. But the brief hiatus of nude photos refueled a longstanding joke in American culture: Who reads Playboy for the articles?

Playboy is past its prime, but in its early days was genius.

Zoë Chance, an assistant professor at the Yale School of Management

Given the male-dominated readership, it is not surprising that men are much more likely than women to say they have read the words in Playboy: 70 percent versus 40 percent, respectively. Nearly half (47 percent) of the female respondents say they have not read any Playboy pieces.

The brand is “more quaint than edgy,” she said.  “Playboy is past its prime, but in its early days was genius.”

Playboy’s future may lie in licensing and partnerships, not publishing. The division of Playboy Enterprises that licenses its name, rabbit head logo and other trademarks was the firm’s most profitable area, according to a Securities and Exchange Commission filing on Nov. 9, 2010, before the company went private.

Correction: An earlier version of this piece misstated the peak circulation dates of Playboy magazine.