With Flake Leaving, Republicans Hope to Ward Off Bannon’s Insurgent 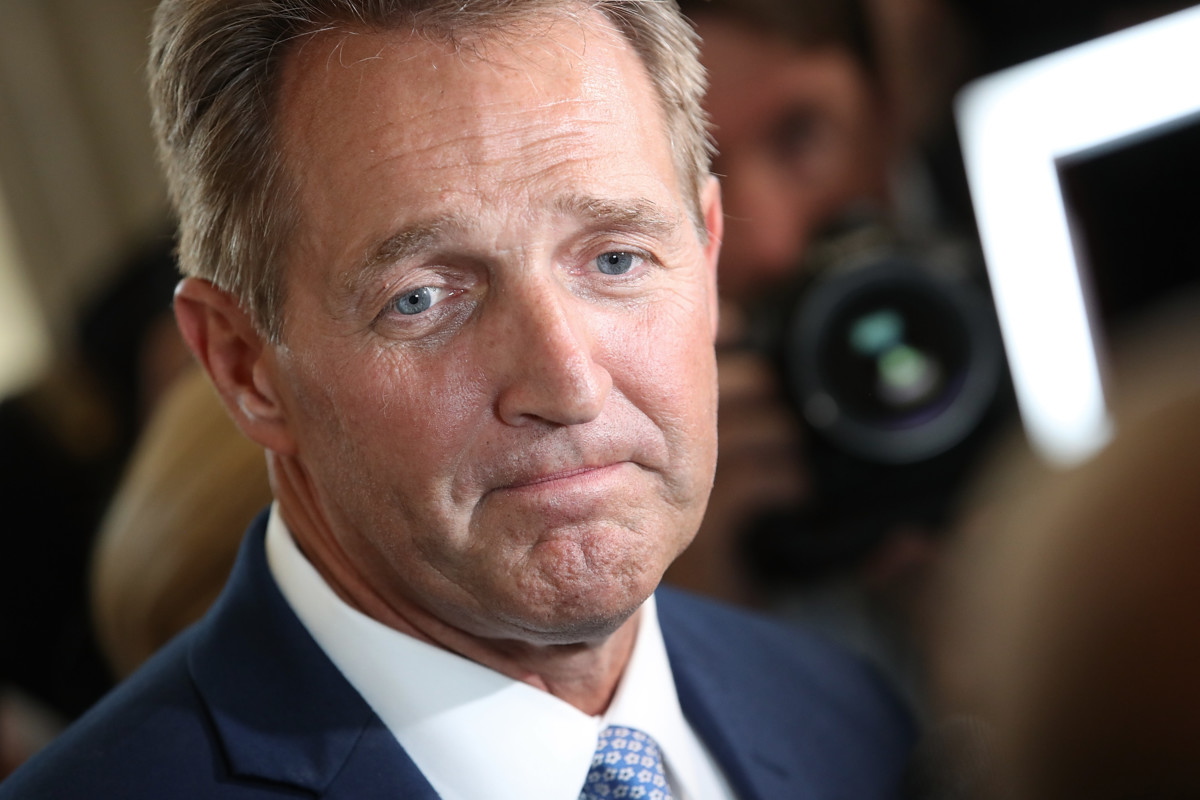 Republican voters in Arizona have been souring on Flake’s job performance for several months, according to new survey data from Morning Consult Senator Approval Rankings, which will be released next week. From the second quarter to the third quarter of 2017, which ended Sept. 30, the junior senator suffered a decline of 19 points in his net approval rating among GOP voters in his home state, leaving him 3 points underwater with his party’s constituents ahead of the Aug. 28, 2018, primary for his seat. 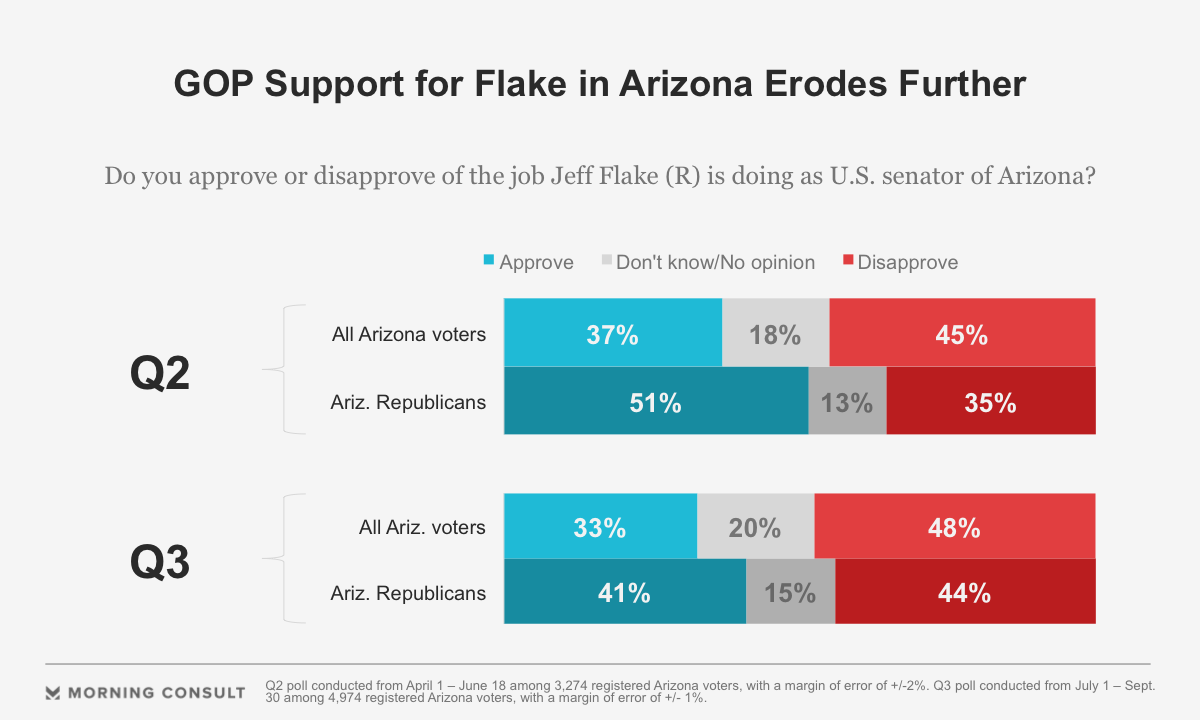 And while Flake’s willingness to criticize President Donald Trump and refusal to adhere to some of the party’s evolving orthodoxy on trade and immigration damaged his reputation among the GOP base, it also hasn’t burnished his standing among Democrats and anti-Trump independents in the state who have continued to penalize him for his traditionally conservative views. Support for Flake among Democrats and independents in the Copper State remained flat — around 30 percent — at the end of the third quarter, according to Morning Consult polling.

Flake’s retirement announcement this week brought a new sense of urgency to Republicans in the state to challenge Ward, who failed in her 2016 attempt to unseat Sen. John McCain (R-Ariz.).

Republican strategists in Washington and Arizona on Thursday said Flake’s exit puts Republicans in a better position to hold the seat.

“The discussion is focused on finding somebody who can hold the seat for a Republicans who is not vulnerable to being defeated by Kyrsten, which is the characteristic of the race where it stands with Ms. Ward,” J. Charles Coughlin, an Arizona lobbyist who is not involved in any potential Senate campaign, said in a phone interview.

Former Arizona Republican Party Chairman Robert Graham, who is mulling a Senate bid, said Sinema, who has maintained a solid grip on her purple district since being first elected to Congress in 2012, “is a real threat.”

“She is progressive Democrat, but she has moderated herself to look and feel more Republican,” Graham said in a phone interview. “She’s a smart politician — that’s a reality.”

Arizona has an “incredible amount of capable people who have opportunities to run,” he added. “I would not classify Kelli Ward in that category. I think she is more ambitious than she is capable to serve.”

Eric Beach, the top strategist for Ward’s campaign, said by phone that Ward is used to being the upstart challenger.

“You have to have a lot of courage to go against the establishment machine, which Robert Graham is a big part of,” he said. “What Kelli Ward has in the state of Arizona is much like what Donald Trump had nationally — the intensity on the ground.”

“We’ve built a statewide organization,” Beach said, touting the campaign’s financial resources and ground game required for a successful general election campaign. “My great hope is that the party apparatus will support us in those efforts when we get to the general election.”

Graham, who’s president and chief executive of the international business and trade consulting company ROI Global Partners, said he will be in Washington next week following meetings in Arizona regarding the race. Those meetings, he said, will include people like state Treasurer Jeff DeWit, who is considering his own Senate campaign.

“We talk and meet almost every day,” Graham said. “Jeff DeWit and I are good friends. We’re not going to get in each other’s way. We’d be in full support of each other.”

Graham and DeWit, who did not respond to a request for comment, could have some competition from inside the Beltway, even though two Republican members of the Arizona delegation — Reps. Trent Franks and Dave Schweikert, both members of the hard-line conservative House Freedom Caucus — don’t plan on entering the race.

“I’ve concluded at this point that I’m not going to be running for the Flake seat,” Franks said Thursday during a brief interview at the Capitol. A source close to Schweikert confirmed that he also wouldn’t seek the Senate seat.

Rep. Martha McSally, a comparatively moderate member of the House Republican Conference, is said to be considering a run, prompting some of Ward’s allies to pounce. Andy Surabian, senior adviser to Great America Alliance, a pro-Trump group whose affiliated PAC is backing Ward, needled McSally for refusing to endorse Trump during last year’s presidential campaign.

“If the McConnell establishment runs another never-Trumper like Martha McSally, expect the full weight of the president’s America First movement to come down upon her like a ton of bricks,” Surabian said in an interview Thursday, referring to Senate Majority Leader Mitch McConnell (R-Ky.).

When asked about Surabian’s remarks, McSally political consultant Travis Smith said in an email, “Facts are stubborn things.” He pointed to a tabulation by FiveThirtyEight that showed McSally has voted in line with Trump’s position 96 percent of the time.