How Much Do People Want to Pay for Netflix? Less Than It’s Charging for Standard Plan 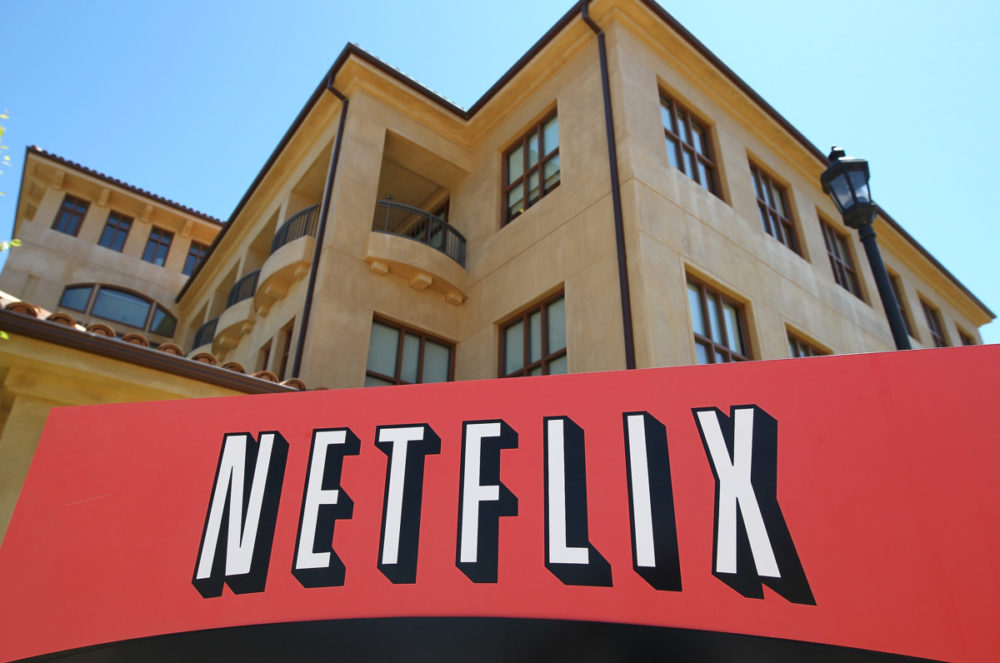 A sign is posted in front of the Netflix headquarters in Los Gatos, California. (Photo by Justin Sullivan/Getty Images)
By Joanna Piacenza

Netflix Inc.’s higher new rates may scare away some of its customers.

In a new Morning Consult survey, conducted Oct. 19-23 among 2,201 U.S. adults, 91 percent of respondents said they’d pay up to $10 per month for the streaming service.

Netflix may need to be mindful of further raising its standard and premium rates: Just 10 percent of those surveyed said they’d pay more than $10 per month for the streaming service.

Fewer people said they would pay as much for competing streaming services such as Hulu or Amazon.com Inc.’s Prime Instant Video. Only Hulu with Live TV had an identical percentage (10 percent) of respondents saying they would pay more than $10 per month for its services. 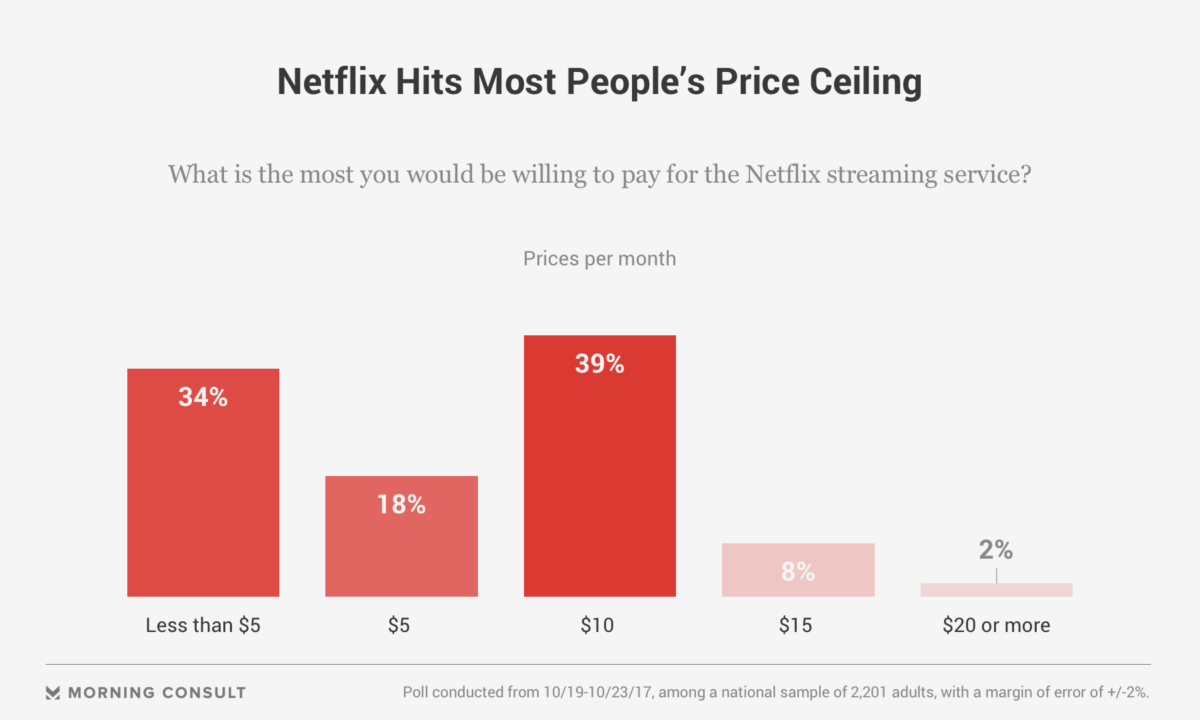 Netflix is probably aware of the public’s $10 limit, said Brett Sappington, senior director of research at the market research and consulting company Parks Associates — and that’s why they’re leaving the basic plan rate as is.

“They’re leaving an option for people to downgrade and still stick with Netflix,” Sappington said in an interview on Wednesday.

Even with higher prices, the company is still broadly popular with consumers: Netflix enjoys an 80-percent favorability rating in Morning Consult Brand Intelligence as of Oct. 26.

Those aged 18-29 were less likely to say the price bump prevents them from subscribing. A higher percentage of that age group also said they had used Netflix in the past compared U.S. adults overall (77 percent versus 63 percent, respectively).

Related: Young Cord-Cutters Concerned About Costs but Willing to Pay for Streaming

A few weeks before Netflix raised prices for new members in May 2014, CEO Reed Hastings said that “if we want to continue to expand to do more great original content, more series, more movies, we have to eventually increase prices a little bit.” The company did just that in 2016, raising the price of its standard plan to $9.99 per month.

Shortly after the news of Netflix’s latest price increase, Hastings said in an earnings call that “prices are relative to value,” noting that the streaming service will continue to expand its content offerings. However, Chief Content Officer Ted Sarandos added that “there’s no timing correlation between our intent to grow content and to grow content spending, and the price increases,” with the current price increase planned for some time.

Sappington said users shouldn’t expect across-the-board price increases again soon — at least not in the United States. Netflix’s international presence gives the company flexibility that other streaming services don’t have: The company can raise rates in other countries, so as not to disrupt every customer base.

Netflix did not respond to a request for comment.

“Ultimately, it comes down to perceived value,” Sappington said. “As long as Netflix continues to put out original content that’s not available in other places, that $1 will pale in comparison to [customers’] ability to access that.”