GOP tax-writers face pushback on proposals that could lower the pretax cap to $2,400 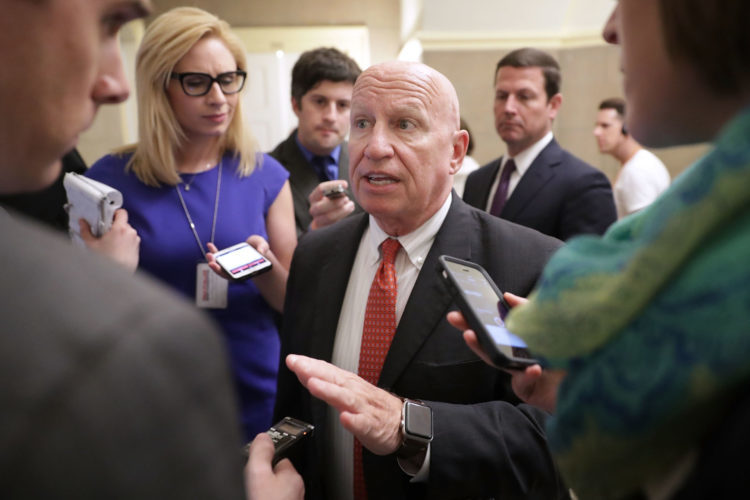 Registered voters share heightened concerns with asset managers and Democratic lawmakers that the forthcoming Republican tax-reform measure could limit pretax contributions to 401(k) plans, a move that would likely cause Americans to save less money for retirement.

Fifty percent of 1,990 registered voters in a Morning Consult/Politico poll conducted October 26-30 said limiting the pretax contributions workers can make to their 401(k) tax-deferred retirement account to $2,400 a year would cause the average American to contribute less to their retirement savings. Fourteen percent said workers would likely save the same amount, and 15 percent said people would save more.

Workers under the age of 50 can currently contribute as much as $18,000 a year to their 401(k) without being taxed. Republican lawmakers, who are looking for ways to increase federal revenue under a self-imposed $1.5 trillion budget, have said they want to raise the amounts workers can put into retirement plans. But they left open the possibility of capping the pre-tax contribution limit at $2,400 a year, a move that could push more savings toward Roth-style accounts that tax contributors up front, but not the gains from the investment.

Fifty-seven percent of voters said they oppose lowering the cap on pretax contributions to $2,400, and 25 percent said they support the idea, according to the poll.

David Kamin, a New York University law professor who worked as an economic adviser to the Obama administration, said it’s not entirely clear what effect a lower cap on pretax contributions would have on people’s savings and living standards, noting that it’s possible people don’t quite understand the current system or how potential changes could affect them.

Kamin said there are justifications both for and against shifts toward more Roth accounts, but he criticized the reasoning behind the idea, calling it “a massive gimmick to artificially reduce the cost of the tax bill and look like higher income Americans aren’t getting a cut.”

Republican lawmakers maintain that they want tax reform to encourage retirement savings, but they continue to receive pushback from Democratic lawmakers and asset managers looking for reassurance that the legislation will keep current tax incentives in place.

On Tuesday, House Ways and Means Committee Chairman Kevin Brady (R-Texas) told reporters that he doesn’t plan to reduce the pretax contributions American workers can make “unless there’s broad agreement” among investment advisers that a different type of system would motivate workers to save more.

Senate Minority Leader Chuck Schumer (D-N.Y.) and a coalition of Democratic senators on the Finance and Budget committees held a press conference Tuesday to introduce a plan that would expand pretax savings allowances to $24,500 in 401(k) accounts for those under the age of 50 and allow up to $30,500 a year for people 50 and older.

Sen. Heidi Heitkamp, a North Dakota Democrat who has said she is open to bipartisan discussions on tax legislation that helps the middle class, said she would not support a measure that lowers the limit on pretax retirement contributions.

“I will not vote for that,” she told reporters at the Capitol. “We have a retirement insecurity problem in this country that’s only going to get worse, and if we cap the those tax incentives it will reduce the amount of investment savings.”

Fifty-one percent of voters polled said lower pretax limits should be excluded from the bill that House GOP tax-writers plan to introduce this week. Twenty-five percent of respondents said the $2,400 limit should be included in the legislation, and 24 percent said they did not know or have an opinion.

The overall framework of the tax bill garnered general support among voters. After hearing about several details regarding potential provisions in the GOP tax measure, 61 percent said they would support the legislation, compared to 21 percent who said they wouldn’t.

In addition to lowering the cap on on 401(k) pretax contributions, a couple of possible provisions remain unpopular with voters. Forty-one percent said they wouldn’t want the GOP tax measure to reduce the corporate tax rate from 35 percent to 20 percent, while 39 percent said it should include that provision. Eliminating federal taxes on overseas profits of U.S. companies is supported by 29 percent of voters and opposed by 43 percent.