Blackburn Open to Antitrust Enforcement as a Net Neutrality Fix 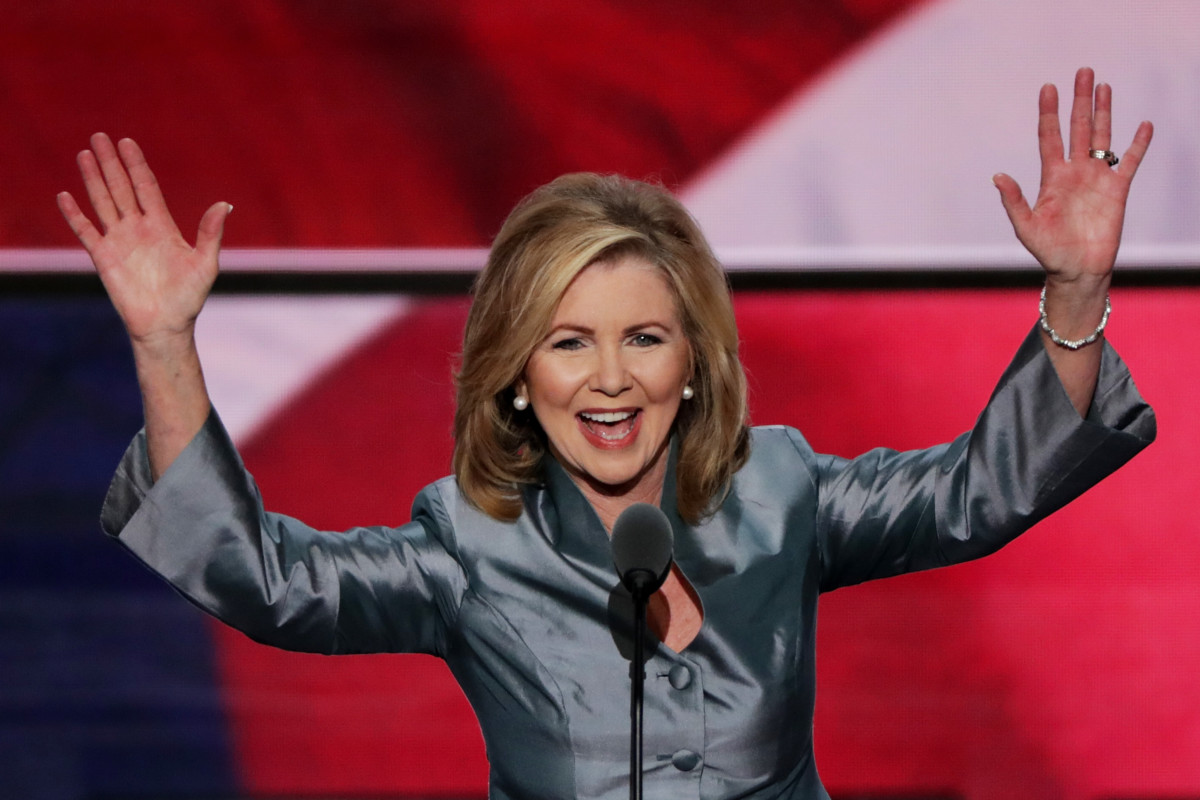 Rep. Marsha Blackburn (R-Tenn.) delivers a speech during the evening session on the fourth day of the Republican National Convention on July 21, 2016 at the Quicken Loans Arena in Cleveland, Ohio. (Alex Wong/Getty Images)
By

Rep. Marsha Blackburn, head of the House Energy and Commerce Subcommittee on Communications and Technology, welcomed that approach for addressing how to police the way content moves across the internet.

“It’s helpful to consider the complete spectrum of law shielding American consumers from anticompetitive behavior,” the Tennessee Republican said in an emailed statement.

Goodlatte (R-Va.) on Wednesday raised the specter of antitrust legislation. During a subcommittee hearing the Virginia Republican warned that there could be an incentive for discriminatory action online by internet service providers that are part of the same companies as content providers. Verizon Communications Inc., for example, now owns Yahoo Inc.

Momentum for the idea to date has been on the House side. The office of Sen. John Thune (R-S.D.), chairman of the Senate Commerce Committee, and Sen. Bill Nelson of Florida, the panel’s ranking Democratic member, declined to comment. The office of Sen. Mike Lee (R-Utah), chairman of the Senate Judiciary’s subcommittee on antitrust, said they would need to know more about the proposal before commenting.

In May, the Federal Communications Commission proposed undoing the 2015 Open Internet Order, which used Title II of the Communication Act of 1934 to ban internet service providers like Comcast Corp. and Verizon from blocking, slowing or otherwise discriminating against content providers like Facebook Inc. and Google Inc. But those tech companies — ISPs’ prime foes in the net neutrality fight stretching back more than a decade — are increasingly under the microscope, given their size and control over internet content.

Blackburn, who is running for Senate next year, suggested there’s enough blame to go around.

“It’s clear that internet service providers are not the only potential roadblock standing between a consumer and his or her content of choice,” she said Thursday. “The Energy and Commerce Committee will continue to exercise its oversight and jurisdiction on this matter, and I hope my Democratic colleagues will come to the negotiating table.”

Blackburn has long been active in net neutrality issues.

After Republicans repealed FCC oversight of privacy protections in March, Blackburn introduced legislation in May that would move oversight of privacy issues to the Federal Trade Commission, arguing that it was unfair for privacy laws to apply to internet service providers but not major tech companies like Facebook and Google. Now she is making a similar point alongside a push for the Federal Trade Commission to oversee net neutrality rules using antitrust and consumer protection laws.