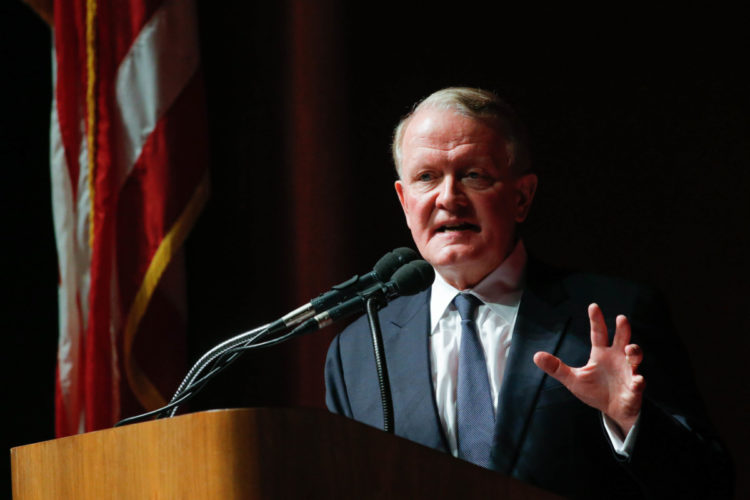 A provision in the House GOP tax-overhaul bill that would lower the cap on mortgage interest deductions drew swift criticism from realtors and homebuilders, as well as mixed reactions from lawmakers in high-tax states where their constituents could be disproportionately affected by the legislation.

The component in the long-awaited tax reform measure, introduced Thursday, would cut in half the mortgage interest deductions for homeowners, capping it for new mortgages of $500,000 or less.

National Association of Realtors President William Brown said his organization is reviewing the details, but “at first glance it appears to confirm many of our biggest concerns.”

“Eliminating or nullifying the tax incentives for homeownership puts home values and middle class homeowners at risk, and from a cursory examination this legislation appears to do just that,” Brown said in a statement Thursday.

“The bottom line: Congress is ignoring the needs of America’s working-class families and small businesses,” he said in a Thursday statement. “And by undermining the nation’s longstanding support for homeownership and threatening to lower the value of the largest asset held by most American families, this tax reform plan will put millions of home owners at risk.”

Some Republican House members pointed out that the cap applies only to new homebuyers, and that it maintains the current deduction of up to $1 million in mortgage debt.

Rep. Tom Reed (R-N.Y.) said the cap has been part of the conversation for quite some time, and he supports the provision as part of the hard-fought negotiations.

“This is all part of the compromise,” the upstate New York lawmaker told reporters at the Capitol. “You move one dial, and it ripples across the entire code.”

Rep. Leonard Lance (R-N.J.) told reporters that the current structure of the deduction “should be retained in its entirety.”

“I will review it,” he said, referring to the 400-plus page tax measure. “I want to run the numbers.”

On the Senate floor, Minority Leader Chuck Schumer (D-N.Y.) criticized the cap, saying the mortgage deduction “is one of the hearts of the middle class.”

“To play with it, to reduce it, to cap it, so they can do tax giveaways for the very rich, is not going to fly in America,” he said.

Congressman Lee Zeldin (R-N.Y.) said in a Thursday statement he will not vote for the tax bill in its current form due to its proposed elimination of the deductibility for state and local income and sales taxes. His spokeswoman, Jennifer DiSiena, said Zeldin also does not believe the mortgage interest deduction should be capped at $500,000.

Howard Gleckman, a senior fellow at the Urban-Brookings Tax Policy Center, said in a phone interview Thursday that while the cap is not going to matter for most people, for residents of expensive metro areas like Washington, Los Angeles and New York, where a suburban house for a middle-income family easily costs more than $500,000, a capped mortgage deduction will be the deciding factor in whether a family can afford a home.

“Certainly in the short run it will create some uncertainty,” he said.

The U.S. housing industry reacted negatively to news about the cap, with an S&P homebuilders index dropping by 2.48 percent on Thursday, with stock prices for U.S. homebuilders and construction suppliers plunging.

About 21 percent of filers already take advantage of the mortgage deduction, and 4 percent would claim it under the framework Republican lawmakers released in September, according to Tax Policy Center estimates published last month.