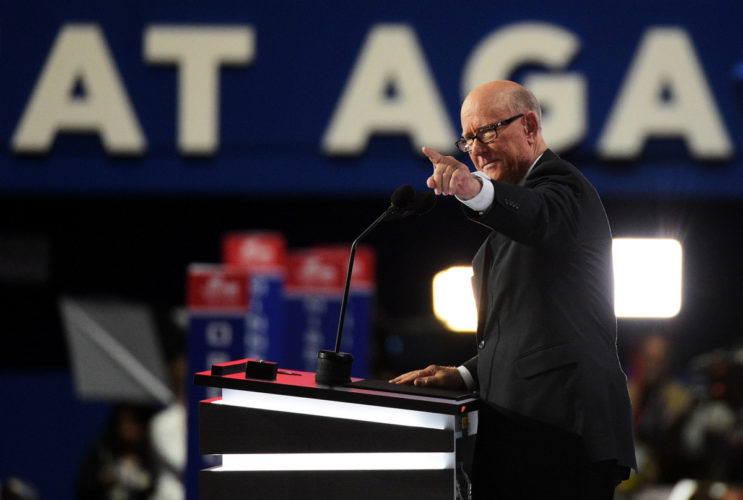 As Senate Republicans prepare to unveil their own tax reform bill later this week, they indicated Tuesday that their ideas about how to address small-business taxation differ from their House counterparts’ approach.

Finance Committee Chairman Orrin Hatch told reporters that “there may be some differences” between the House and Senate bills, when asked if the Senate’s bill will contain substantive differences from the House’s approach on pass-through businesses such as LLCs and sole proprietorships, whose income is taxed at individual rates.

“We’re going to look at the House bill first and then certainly try and take everything we can out of that bill, and then we’ll go from there,” the Utah Republican told reporters at the Capitol.

Sen. Pat Roberts of Kansas, a senior GOP member of the tax-writing Finance Committee, said that he’s working on pass-through rules for the Senate bill. But as the House Ways and Means Committee continued marking up its own tax bill, Roberts declined to provide further details on the nature of the changes being discussed.

“I think we have a much better approach,” Roberts told reporters. “We’re pretty close.”

The House bill, H.R. 1, would lower the top pass-through rate to 25 percent from the current top rate of 39.6 percent. The measure contains two key “safeguards” aimed at ensuring that the special pass-through rate is utilized by the small businesses for which it’s intended.

One safeguard would allow business owners to claim 30 percent of their total income as business income taxable at the 25 percent rate. Seventy percent could then be taxed at the normal individual rate. A second safeguard would allow business owners, including some personal service providers, to account for capital investments in determining whether they’re eligible for the 25 percent rate.

The House measure was met with a tepid reaction from some small-business groups. One of them, the National Federation of Independent Business, said that it was withholding its support for the measure until Republicans came up with changes that would both lower the top pass-through rate from the 25 percent that’s been proposed and alter the anti-abuse rules so that more small businesses could benefit from lower taxes.

The concern about pass-throughs appears to have trickled over to the Senate as well. Sen. Ron Johnson (R-Wis.) told reporters that pass-through businesses are “one of” the issues on his list of worries.

Senate Democrats said that they’re skeptical the rules will be effective, and suggested on Tuesday that they will make tax filing more complicated.

“So much for simplicity,” said Sen. Ron Wyden of Oregon, the ranking Democrat on the Finance Committee. “If you’re trying to become a partner on K Street in some big tax and accounting firm, try to figure that one out. For the IRS, I think it will be a monumental challenge.”

Senate GOP leaders currently plan to release their bill after the House Ways and Means Committee completes its markup of H.R. 1, which is expected as soon as Thursday.

Overall, Senate Republicans have warmly received the House’s efforts, with lawmakers such as Pat Toomey of Pennsylvania and Ted Cruz of Texas generally praising the House bill, although it’s clear that they want the Senate version to contain some substantive differences.

The House bill currently does not contain a repeal of the Affordable Care Act’s individual mandate, which is a key goal of conservatives in both chambers and President Donald Trump.

There are some taxpayers who are losing exemptions, particularly in some high-tax states like New York or California, that could conceivably be paying higher taxes. I think that is a mistake.

Cruz, a proponent of including the repeal in the measure, said at a news conference that using the repeal to offset some of the revenue losses from cutting taxes could be a more politically viable option than eliminating itemized deductions like the House bill. The Internal Revenue Service enforces the monetary penalty the law requires for people who do not have health insurance.

“Under the current approach in the House, they’re paying for it by getting rid of exemptions,” Cruz said, referring to the across-the-board reduction of tax rates outlined in the House bill. “That makes it, in many ways, more difficult to pass.”

Cruz said that repealing the individual mandate, however, would help tax writers make up $400 billion in revenue without eliminating popular deductions.

“There are some taxpayers who are losing exemptions, particularly in some high-tax states like New York or California, that could conceivably be paying higher taxes,” Cruz said. “I think that is a mistake. I think tax reform needs to cut taxes for everybody.”