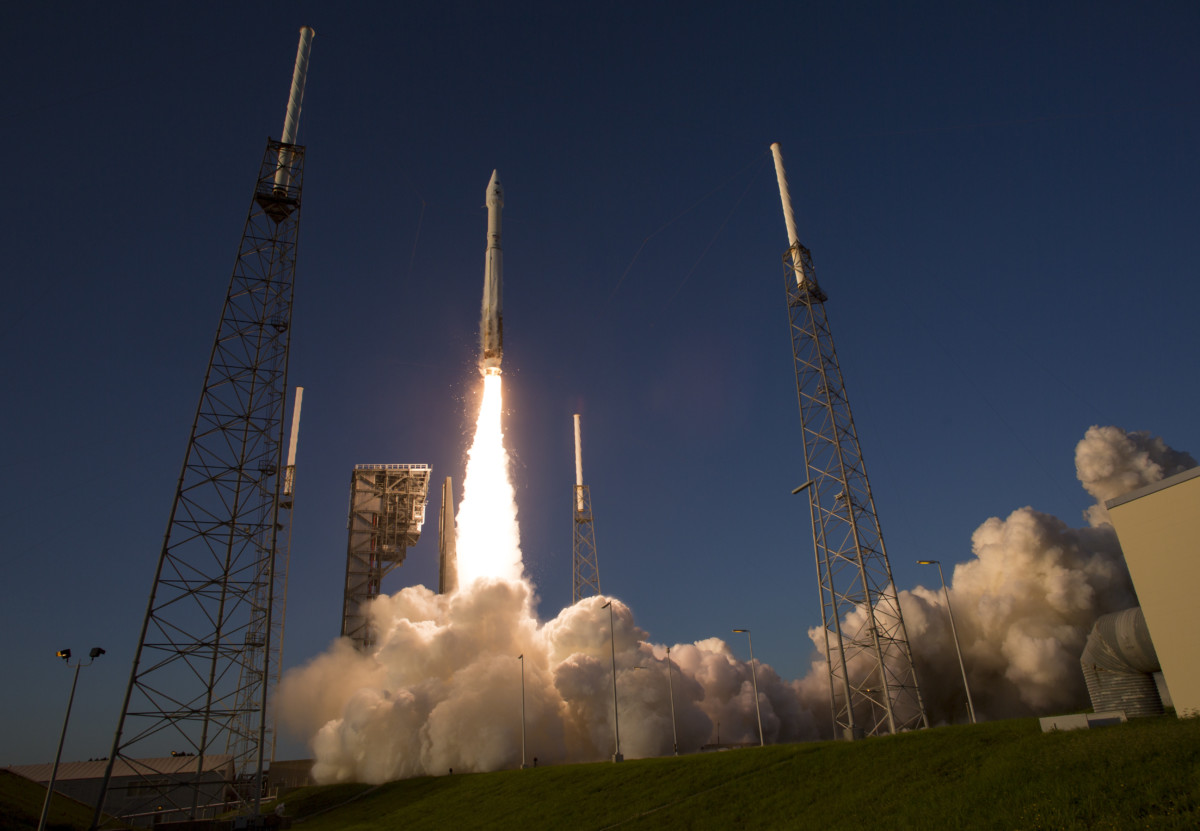 NASA’s Space Launch System and Orion spacecraft, key components of the space agency’s deep space exploration plans — which include a return trip to the Moon and a future trip to Mars — have undergone testing and development but have not yet been launched together. The space agency previously conducted a test flight of Orion at the end of 2014, while the SLS rocket has never been launched.

House lawmakers expressed concerns about the initial program delays during a Science, Space and Technology Space Subcommittee hearing on Thursday.

“It is very disappointing to hear about delays caused by poor execution when the U.S. taxpayer has invested so much in these programs,” committee Chairman Lamar Smith (R-Texas) said during his opening remarks.

The first flight of the combined SLS rocket and Orion spacecraft, a planned unmanned flight known as Exploration Mission 1, was originally scheduled to launch November 2018 but was postponed after NASA reported in April that it did not have the necessary time and money to meet the deadline.

The space agency on Wednesday said that EM-1 will likely not launch until June 2020, although NASA said it is still aiming for the current December 2019 deadline. The space agency also reported that the majority of work on its new exploration systems is currently on track despite previous delays.

William Gerstenmaier, associate administrator of NASA’s Human Exploration and Operations Directorate, told the subcommittee that current delays, including the possibility of another delay in the EM-1 mission, would not necessarily impact the timetable for future missions.

“There’s a constraint that the mobile launch platform in Florida — that’s the facility that the rocket launches off of — it needs to be modified between the first flight and the second flight to allow for the Exploration Upper Stage, and there’s a 33-month amount of time needed for that upgrade of that mobile launcher,” Gerstenmaier said. “So that’s what keeps EM-1 and EM-2 tied together, but right now the slips that we’ve seen with EM-1 don’t impact where we can launch the first crewed flight at this point.”

The first manned test of the SLS rocket and Orion spacecraft, dubbed Exploration Mission 2, is currently planned to launch no later than 2023.

All three of NASA’s exploration systems have experienced delays and cost overruns that were exacerbated this year by technical issues and weather, including facilities in Texas, Florida and Louisiana that were damaged by recent hurricanes and a tornado.

Some lawmakers were less concerned with the space agency’s initial delays in launching the EM-1 mission.

“I would say that people set deadlines for everything in Washington and that rarely do they meet their deadlines, but they often accomplish their mission,” subcommittee member Dana Rohrabacher (R-Calif.) said in a brief interview on Capitol Hill following the hearing.

Rep. Brian Babin (R-Texas), chairman of the Space subcommittee, said in his opening statement that successful completion of the SLS and Orion efforts would meet the long-term goal of the 2017 NASA Transition Authorization Act “to extend human presence throughout the solar system.”

President Donald Trump’s administration has made a priority of returning Americans to deep space. Trump signed an executive order on June 30 that revived the National Space Council, a panel of federal officials that advises and assists the president with space policy and strategy.