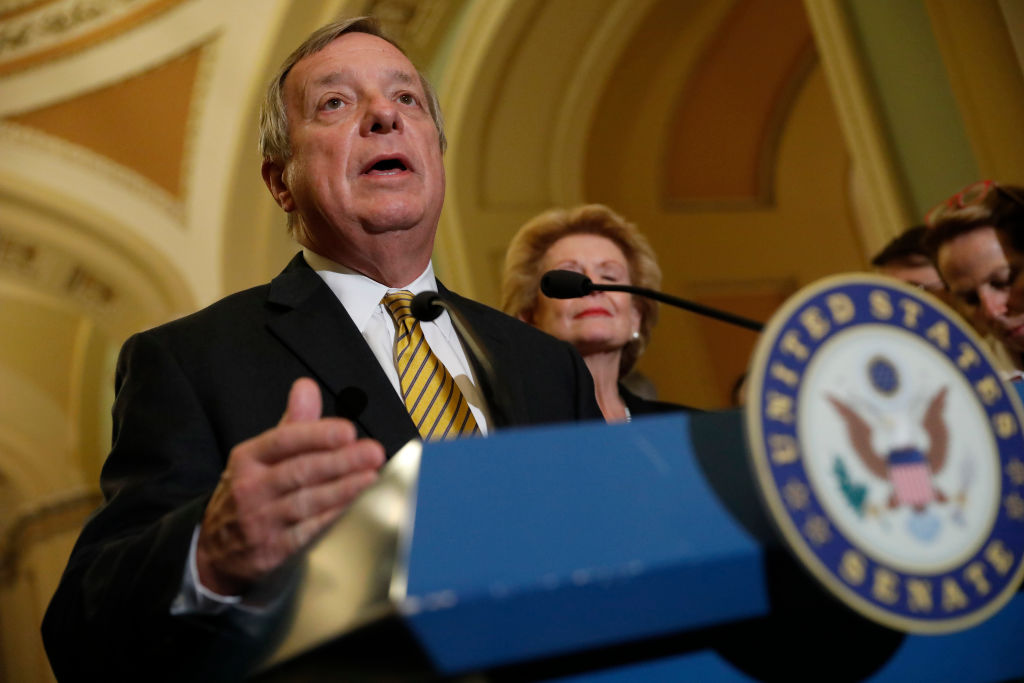 Interior Secretary Ryan Zinke will meet with a group of Democratic senators on Tuesday about his recommendations to President Donald Trump to reduce the size of certain national monuments, according to a Senate aide.

Sen. Dick Durbin (D-Ill.), the second-ranking Democrat in the Senate, requested the meeting on Oct. 23, along with other Democrats. A public letter last week announcing a hold on four Interior Department nominees prompted Zinke to respond and schedule the meeting, Durbin’s press secretary, Emily Hampsten, said on Tuesday.

“First, what is his legal basis for believing that this president should change the designation of national monuments in the Antiquities Act?” Durbin said Tuesday in a brief interview. “Hope that he’ll tell us, I don’t think there is a legal basis for it.”

The meeting is scheduled for 3 p.m. in Durbin’s office, according to Ben Marter, Durbin’s communications director. The Interior Department did not respond to a request for comment.

The Antiquities Act allows the president to set aside land for conservation as a national monument, and Trump requested a review of the law in April to consider changing recent designations to open up more areas for energy development. Some state officials and Republican lawmakers are also in favor of greater access to mining and oil and gas production on land that no longer has the status of a monument.

But critics of the review say the Antiquities Act gives the president the right to create monuments, not roll back portions of them. Some advocates warned that they’ll file a lawsuit in response to attempts to reduce monuments, and they’ve objected to what they consider a lack of transparency in the review process.

Durbin said he believes the president’s decision on the boundaries of national monuments is expected soon.

“That’s why we were anxious to get this meeting scheduled as quickly as possible,” Durbin said. He could not confirm the other attendees of the meeting but said many members were invited.

Other Senate Democrats who had expressed concerns about the monuments review, including Tammy Duckworth (Ill.) and Cory Booker (N.J.), did not immediately respond to requests for comment. Sen. Tom Udall (N.M.) will attend the meeting, according to his communications director, Jennifer Talhelm.

Sen. Tammy Baldwin (D-Wis.), who signed a letter to Zinke on this issue, was not invited to the meeting, according to a Senate Democratic aide.

Zinke last week accused Democrats of holding Interior nominees hostage. Trump’s picks for positions including solicitor and an assistant secretary are awaiting Senate confirmation votes. Congress has confirmed three of the seven positions Trump has nominated for the Interior Department.