Democrats are targeting each for defeat in 2018 to varying degrees 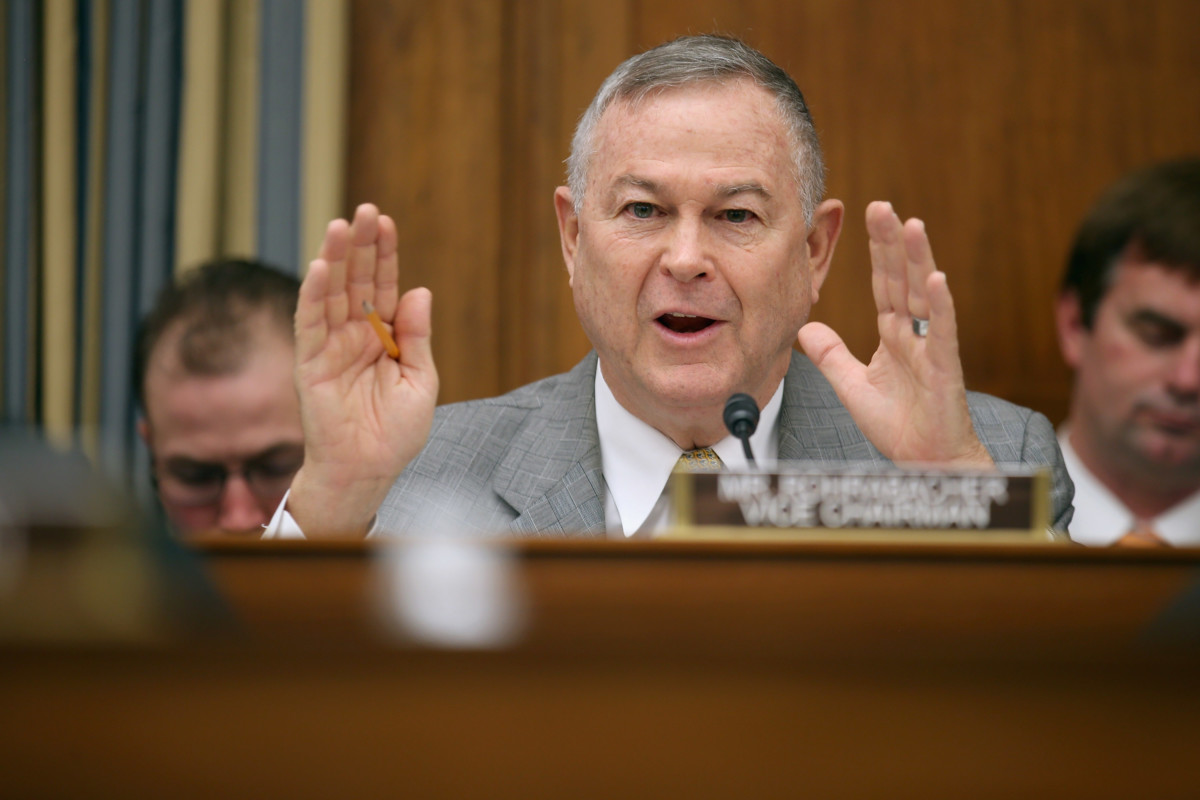 Rep. Dana Rohrabacher (R-CA) at a House Science, Space and Technology Committee hearing in 2013. On Thursday he was among 13 Republicans to vote against the House GOP tax plan. (Chip Somodevilla/Getty Images)
By Anna Gronewold

House Republicans on Thursday passed a sweeping tax reform bill 227 to 205, but not without losing two more California defectors who oppose the legislation, saying it would ultimately raise tax burdens in their districts.

In addition to Rep. Darrell Issa, who announced last week he would oppose the measure, Reps. Dana Rohrabacher and Tom McClintock voted against the legislation. In addition to the California Republicans, 10 other GOP lawmakers crossed the aisle: five from New York, four from New Jersey and Rep. Walter B. Jones from North Carolina.

Rohrabacher told reporters after the vote that he made his final decision earlier that morning, after receiving numerous calls from “median-level people” in his coastal Orange County district “with the skill to determine what their tax load would be,” and that they had calculated that the measure would increase their tax burdens by $5,000 to $10,000. He said the cuts in the bill are not enough to make up for the elimination of tax breaks used heavily by Californians.

In addition to eliminating the deduction for income and sales taxes, the House measure would cap the property deduction at $10,000 and lower the cap on the mortgage interest deduction from $1 million to $500,000. Almost 79 percent of homes — or 121,405 houses — in Rohrabacher’s district are valued above $500,000.

“So if in the end we were going to benefit with one hand then take away with the other, I found out the takeaways were worse than the other hand offering to balance it out,” Rohrabacher said, adding that he would consider supporting modified tax legislation if it addresses his concerns.

McClintock, who represents a northeast California district, was less optimistic about improvements if lawmakers merge the House-passed version and whatever emerges from the Senate.

“It is rare for the conference process to improve bills, and a commitment to provide taxpayer protections in the final version has not been forthcoming,” McClintock said in a statement following Thursday’s vote. “In this case, the Hippocratic oath makes for good legislative advice: ‘First, do no harm.’ Particularly for California, this bill fails that test.”

Issa, in a statement, indicated he would advocate for specific changes as the legislation makes its way through Congress.

“My constituents deserve to see a tax cut too,” Issa said. “Before reform reaches the President’s desk, I will continue fighting for changes to deliver tax relief for ALL taxpayers — regardless of where they live.”

Rohrabacher, like Issa in northern San Diego County, is a top Democratic target in the 2018 cycle. Both lawmakers represent districts that backed Hillary Clinton over Donald Trump in 2016. In Issa’s district, Clinton beat Trump 51 percent to 43 percent, and she bested Trump 48 percent to 46 percent in Rohrabacher’s district, according to Associated Press figures.

Issa and Rohrabacher said they remain focused on voting in the best interest of their constituents, rather than party lines. Rohrabacher said he was unmoved by Trump’s visit to Capitol Hill on Thursday before the House vote.

McClintock is less politically vulnerable, at least on the surface. His district backed Trump over Clinton — 53 percent to 39 percent. Still, the Democratic Congressional Campaign Committee on Nov. 9 added McClintock to its list of targets in next year’s midterm elections.