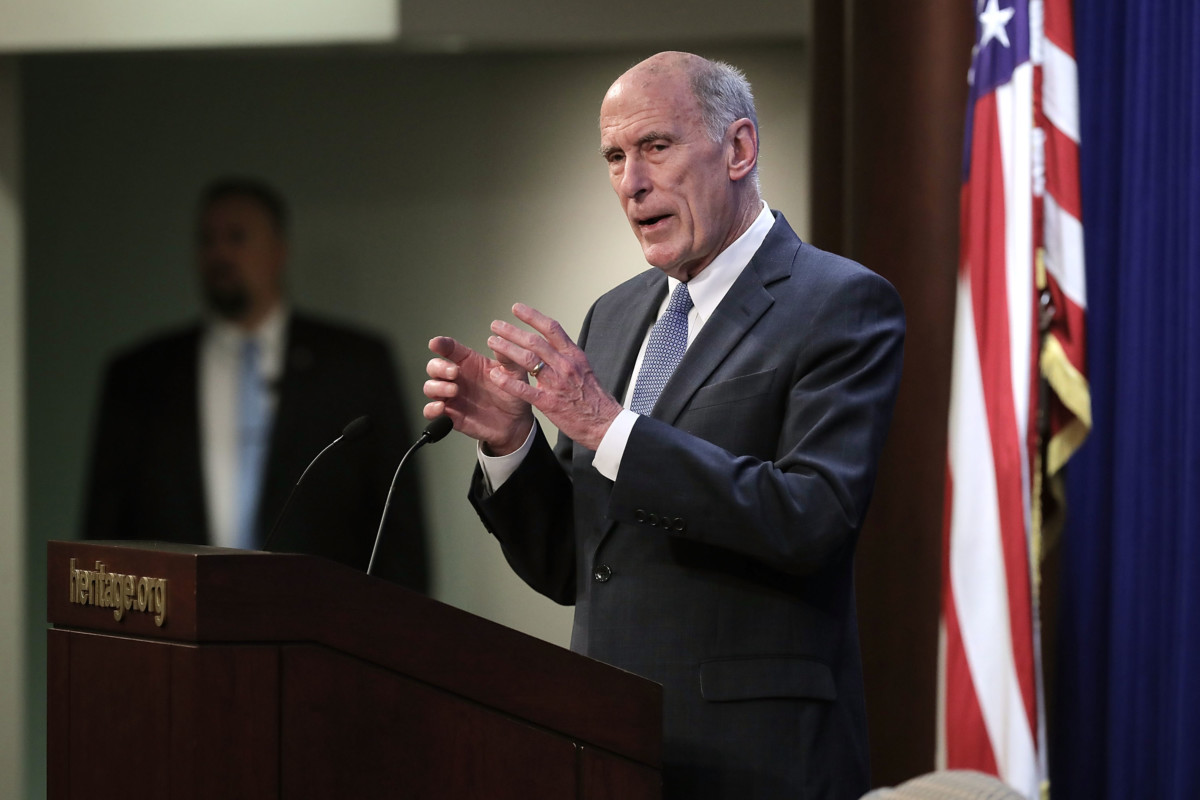 Director of National Intelligence Dan Coats delivers remarks, arguing for the renewal of Section 702 of the Foreign Intelligence Surveillance Act at the Heritage Foundation Oct. 13, 2017 in Washington, D.C. Efforts to reauthorize it have voter support, according to the latest Morning Consult/Politico poll, though they want reforms. (Chip Somodevilla/Getty Images)
By Edward Graham

Congressional efforts to reauthorize the nation’s top surveillance law has support from half of the electorate, according to a new Morning Consult/Politico poll, but voters also favor making changes to address concerns about warrantless searches currently allowed under the program.

Fifty percent of respondents in the Nov. 16-19 poll back the renewal of Section 702 of the Foreign Intelligence Surveillance Act, a key anti-terrorism tool that’s set to expire at the end of the year. Sixteen percent said the program should not be reauthorized, and 34 percent said they didn’t know or had no opinion.

The online survey of 2,586 registered voters has a margin of error of plus or minus 2 percentage points. 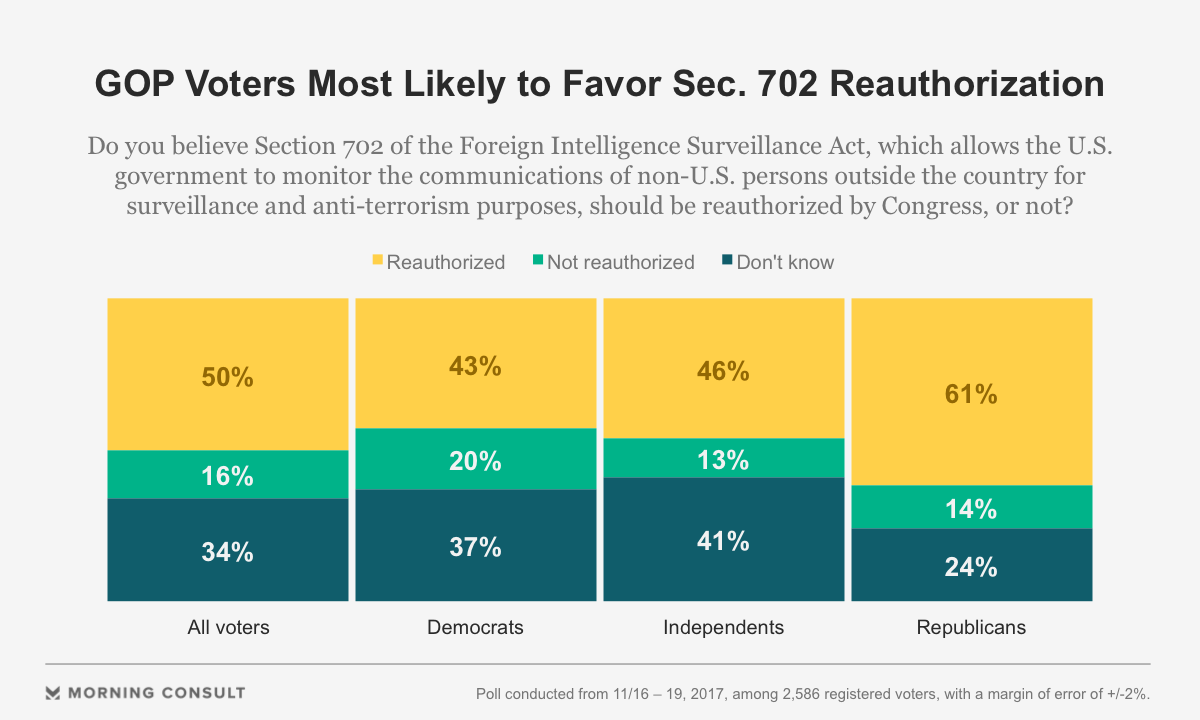 The 702 provision allows intelligence agencies to monitor the communications of foreign targets outside the United States, and in doing so the communications of American citizens are sometimes swept up. The Trump administration is pushing Congress to reauthorize Section 702 largely in its current form, but some lawmakers and privacy rights groups say reforms are needed to limit warrantless access to the data of U.S. citizens.

One point of contention is the Federal Bureau of Investigation’s ability to search through the collected phone numbers and email addresses of U.S. citizens in criminal investigations, without a warrant. Civil liberties advocates refer to the practice as “backdoor searches.”

A 49 percent plurality of poll respondents said the FBI should be required to obtain a warrant before searching through the data collected under the program, while 28 percent said a warrant shouldn’t be required.

“The numbers are very strong, especially for such a complicated issue,” said Ashkhen Kazaryan, a legal fellow at the think tank TechFreedom, in reference to the percentage of voters who have an opinion on the matter. “If people knew more about the program, the numbers would be even higher. It’s clear that Americans value their privacy and they’re concerned about the scale and the scope of government surveillance.”

Twenty-three percent of respondents said they didn’t know or had no opinion on the warrant component of the surveillance law.

Kazaryan said legislation introduced last month by House Judiciary Committee Chairman Bob Goodlatte (R-Va.) “doesn’t close the backdoor loophole, but I believe it has the most potential to get passed.”

The Judiciary Committee approved Goodlatte’s bill on Nov. 8 in a 27-8 vote. The measure includes a warrant requirement but maintains an exception for “foreign intelligence purposes.”

The Senate Intelligence Committee has also advanced a bill, sponsored by Committee Chairman Richard Burr (R-N.C.), that would reauthorize the 702 program. That legislation would not mandate a warrant to access collected Section 702 data involving Americans.

White House and national intelligence officials have questioned the need to include a warrant requirement in the program’s reauthorization, saying such changes could have a detrimental effect on the country’s ability to defend itself. Attorney General Jeff Sessions and Director of National Intelligence Dan Coats have endorsed a clean and permanent reauthorization of Section 702.

David Shedd, a retired intelligence officer who served as acting director of the Defense Intelligence Agency from August 2014 to January 2015, said warrants are already required through the Foreign Intelligence Surveillance Court to conduct surveillance.

“Fundamentally, 702 is already accepted under a FISA court warrant, and so it has been warrant-collected, and the search — which is 4.2 percent of what the FBI has used it for thus far — is already information that has been collected under a warrant,” he said in a Tuesday phone interview.