The state and local tax deduction measure is losing support 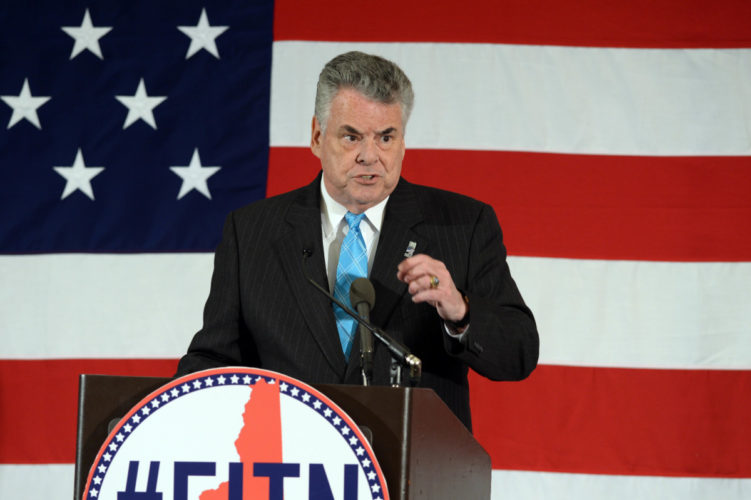 A House-passed proposal to limit deductions for state and local taxes, which drew 13 dissenting GOP votes earlier this month, is increasingly unpopular with voters, a new Morning Consult/Politico poll shows.

Forty-four percent of voters in the survey of 1,994 registered voters, conducted Nov. 21-25, said a potential final tax overhaul bill cleared by Congress and sent to President Donald Trump should not include the state and local tax (SALT) provision. The measure, part of the bill that passed the House 227-205 on Nov. 16, would scrap the state and local deductions for income taxes and cap the property tax deduction at $10,000.

Twenty-three percent of voters in the poll, which has a margin of error of plus or minus 2 percentage points, said the House Republicans’ proposed changes to state and local tax deductions should stay in the bill. Thirty-three percent said they did not know or had no opinion. 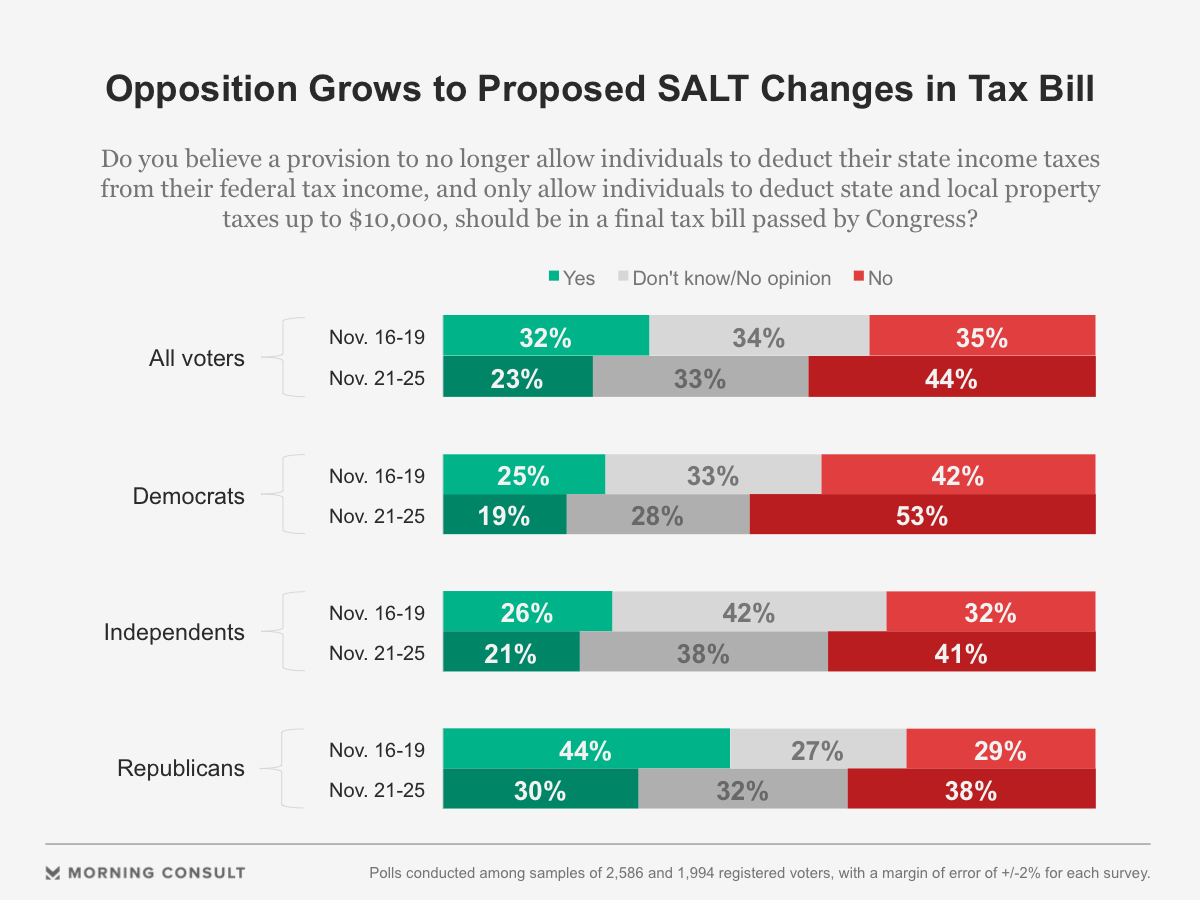 The provision has emerged as one of the most divisive of Republican tax proposals since its introduction earlier this fall, particularly among GOP lawmakers representing high-tax states. House leaders have tried to assuage these concerns at least somewhat by maintaining a capped version of the property tax deduction.

The SALT deductions favor high-income, high-tax states like California and New York, which together make up nearly a third of the deductions’ value. Eliminating the deductions was a key concern cited by many of the 13 Republicans who voted against the tax bill, who said families in their districts rely on the deductions to soften the costs of living in expensive coastal states.

“While the reinstatement of the property tax deduction to $10,000 was progress, it was not enough progress,” Zeldin said after a news conference with his area colleagues. “I will continue to fight hard to improve this bill as much as possible.”

King said his constituents would be hit hard under the House GOP measure.

“By eliminating deductions for local and state taxes the tax reform plan will have a devastating effect on New York,” King said. “We give far more to Washington then we get back. For every dollar we give, we get $.79 back. That’s a $48 billion shortfall and hurts our middle class Long Islanders.”

Public disapproval has grown compared to a Nov. 16-19 poll of 2,586 voters, which found 35 percent opposed to the House changes to the SALT deductions and 32 percent supporting the provision. Thirty-four percent of those surveyed in that poll said they did not know or had no opinion.

Republican opposition to the SALT changes has increased. In the Nov. 16-19 poll, 44 percent of GOP voters said changes to SALT deductions should remain in the final bill, while 29 percent said those changes should be excluded.

Now a plurality of Republican voters, 38 percent, say the House-proposed changes to the SALT deductions should be thrown out of the final bill and less than one-third (30 percent) say they should stay in.

The House bill must be reconciled with a Senate version that proposes eliminating the state and local tax deductions entirely. The Senate is expected to vote on its version of the bill as early as Wednesday.

Rep. Darrell Issa, representing a high-earning San Diego County district, was among the more prominent GOP dissenters on the tax package. After the House bill passed, he said in a Nov. 16 statement that the proposed changes to SALT deductions would raise tax bills for his constituents.

“I didn’t come to Washington to raise taxes on my constituents, and I do not plan to start today,” said Issa, who narrowly won re-election in 2016 and is a top Democratic target for next year. “It’s disappointing that the bill approved today will not provide the same tax relief to Californians as it does to the rest of the nation.”

Correction: A previous version of this story incorrectly referred to an older statement issued by Rep. Darrell Issa.