Buzz about Apple rose to 64% on Jan. 3, according to Morning Consult data, compared to 62% after iPhone launch 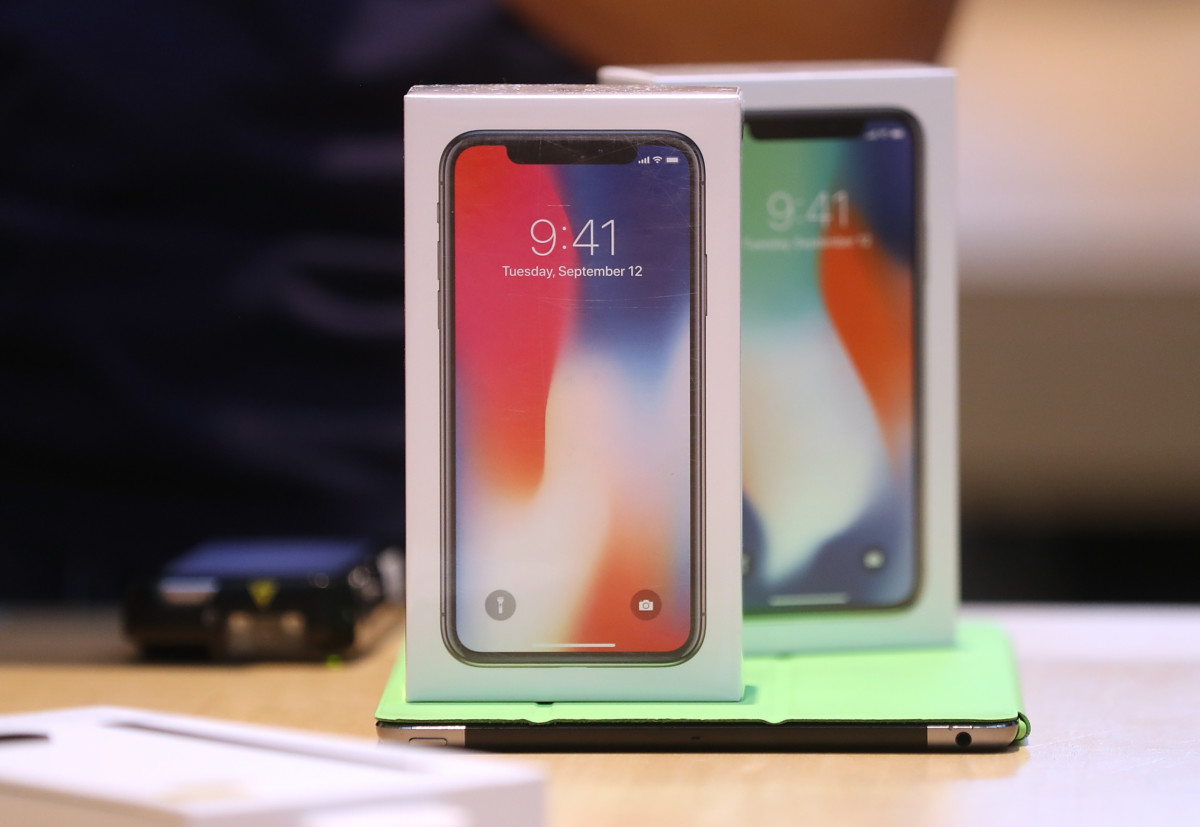 Apple Inc. recently unveiled tools aimed at curbing iPhone usage after pressure from some of its top investors earlier this year to address smartphone addiction. (Photo by Justin Sullivan/Getty Images)
By Anna Gronewold

The controversy over Apple Inc.’s disclosure that it installed a power management feature that slowed down older iPhone models has generated a greater buzz than the talk about Apple’s long-awaited iPhone X launch, according to Morning Consult Brand Intelligence data.

The fracas, which some have dubbed “Batterygate,” began when Apple’s critics seized upon a Dec. 9 Reddit post and a series of tests from GeekBench’s John Poole to back up their assertion that Apple slows down its older phones to force customers to buy new ones.

On Dec. 20, Apple issued a statement to some media outlets, saying it added a feature in a software update approximately a year ago on some older phones, starting with the iPhone 6, to slow the phones’ performance as a way to prevent shutdowns due to aging batteries.

Apple publicly apologized on Dec. 28 and offered to replace batteries for the iPhone 6 and later models for $29, instead of $79, through all of 2018.

Buzz about Apple — defined as whether poll respondents have heard either something positive or negative about a brand — rose to 64 percent on Wednesday, the highest since Morning Consult began tracking the company in October 2016, with roughly 78,000 people participating in Morning Consult polling since then. As of Thursday, the buzz indicator is down to 63 percent.

That’s compared to 55-percent buzz on Nov. 3, the day of the iPhone X release. Buzz rose to 62 percent four days later and then began to drop off.

On the first day of 2018, Apple’s negative buzz hit its highest since Morning Consult began tracking the brand, with 24 percent of respondents saying they had heard something negative about Apple in the past two weeks. The figure is at 22 percent as of Thursday. 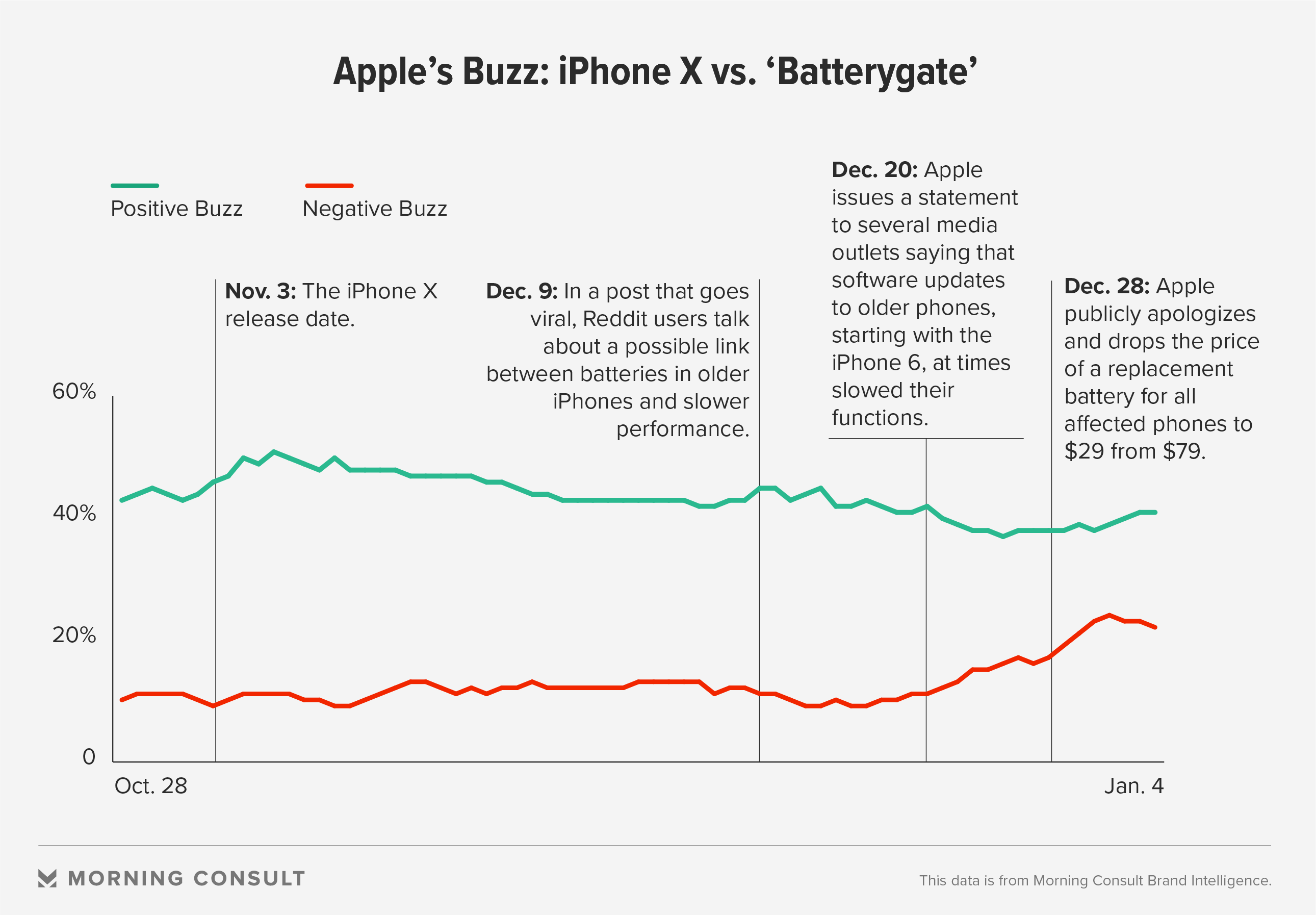 Consumers’ anger isn’t about the battery performance, said Scott Talan, an American University communications professor — it was the way Apple didn’t disclose the change to the iPhone software until users noticed.

Apple’s overall favorability has taken no significant hit, holding around its usual 68 percent — far above the consumer electronics industry average of 43 percent. Since dropping 1.1 percent on Dec. 29, the company’s stock has risen 2.2 percent to close at $173.03 on Thursday.

“Apple is Goliath,” he said. “It would take a lot of cuts and knocks and injuries for them to really suffer, but they should learn from this. If you’re just upfront and honest sooner, it’s going to suit your purposes, even if there’s some initial discomfort.”

Apple did not respond to a request for comment.

The offer to replace batteries at a discount was a smart public relations move, according to a Jan. 3 research note from Barclays analyst Mark Moskowitz — but one that could ultimately hurt Apple’s newest iPhone sales.

Moskowitz said the investment bank’s research in August found that battery drain is the top reason users upgrade to a new device. If a small percentage of users of older iPhones replace their batteries, it could have a “meaningful impact” on iPhone sales, he wrote.

Based on a “conservative estimate” of 519 million users with an iPhone 6 or later who are eligible for the offer, Moskowitz estimated that Apple could lose out on the sale of 16 million new iPhone units.