With Harper’s Departure, Advocates to Lose Champion of Driverless Cars for Disabled

For Harper, who has a son with Fragile X syndrome, supporting the technology was a personal campaign 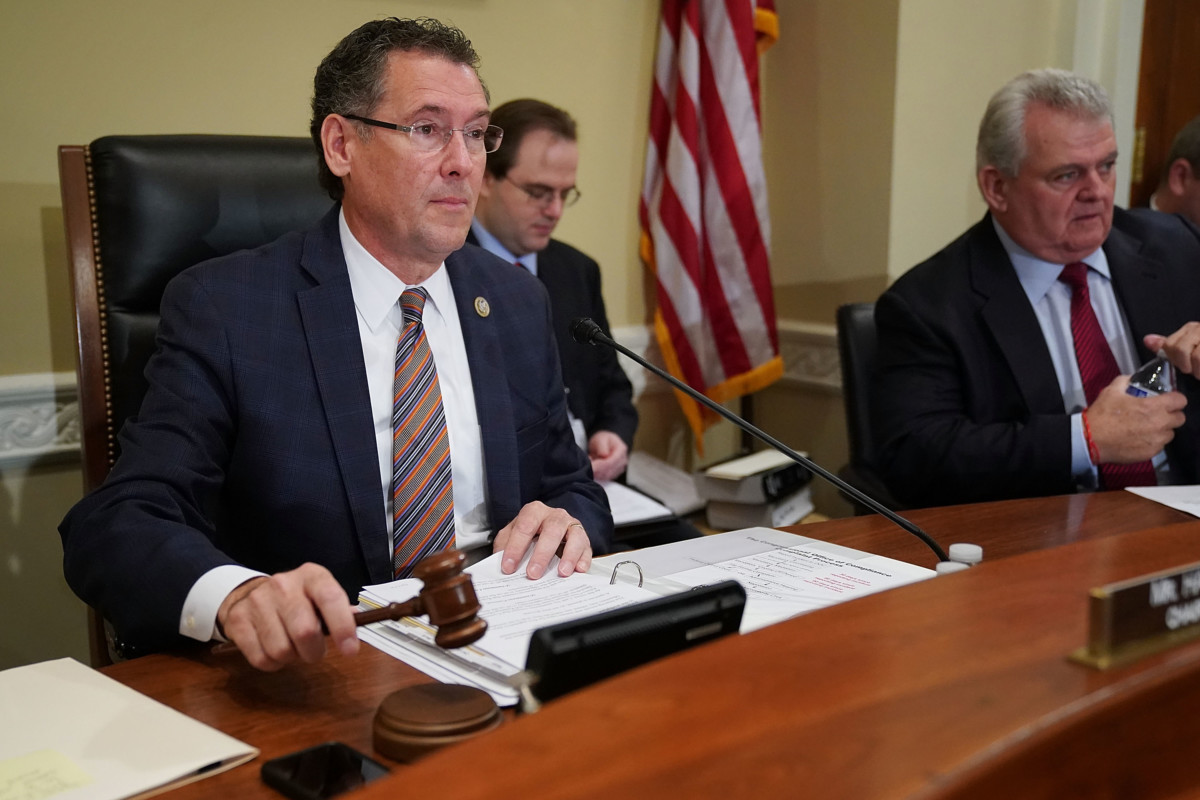 Rep. Gregg Harper’s retirement in a year leaves advocates questioning whether they will be able to find another champion in the House who will continue his support for the burgeoning autonomous vehicle industry as a means of transforming the lives of disabled individuals.

The Mississippi Republican announced Thursday that he would not run for a sixth term. As vice chairman of the Energy and Commerce subcommittee on Digital Commerce and Consumer Protection last year, Harper promoted self-driving technology’s benefits for people with disabilities.

“Self-driving car technology has the potential to provide new, more reliable modes of transportation which will lead to additional opportunities for the disability community and others who are unable to drive,” Harper, now chairman of the Oversight and Investigations subcommittee, said in his statement announcing his retirement from Congress.

Disability advocates who see self-driving cars as a way to help disabled people gain more independence are now facing a future without their most vocal ally in the House, although they do have supporters in the Senate.

Dylan Hedtler-Gaudette, government affairs specialist at the National Federation of the Blind, said by email on Friday that besides Harper, there were “few members” in the House who were “very engaged on our issues, with the exception of Congresswoman Jan Schakowsky,” a Democratic representative from Illinois.

First elected to the House in 2008, Harper, who is also chairman of the House Administration Committee, was an active voice on the Digital Commerce and Consumer Protection subcommittee during the panel’s efforts to draft legislation that would streamline the production and development of self-driving cars.

Driverless vehicle technology is a personal issue for Harper, who has a 28-year-old son, Livingston, with Fragile X syndrome, a condition that causes intellectual disabilities. During committee hearings on self-driving car legislation, Harper often mentioned his son as someone who would benefit from driverless cars.

When the committee’s legislation, H.R. 3388, also known as the SELF DRIVE Act, passed the House by a voice vote on Sept. 6, Harper put out a statement saying that “self-driving car technology is especially important for the disability community where lack of transportation options is widely viewed as one of the top impediments to employment and further advancement in society.”

In an email to Morning Consult on Friday, Rep. Bob Latta (R-Ohio), chairman of the Digital Commerce and Consumer Protection Subcommittee, thanked Harper “for his service and tireless advocacy on behalf of those with disabilities.”

But Hedtler-Gaudette said that more is needed to support the production of self-driving cars that can benefit disabled people.

“To be honest, we were disappointed with the House bill,” Hedtler-Gaudette said. “The things that we advocated for and were most concerned with did not end up making it into the final version that passed the House in September.”

The Senate Commerce Committee also unanimously passed similar self-driving car legislation, S. 1885, also known as the AV START Act, on Oct. 4, although the legislation has not yet been scheduled for vote by the full Senate.

Hedtler-Gaudette said that the senators behind the legislation have taken the concerns of disability advocates more seriously. Sen. John Thune (R-S.D.), chairman of the Senate Commerce Committee, is sponsoring the Senate effort, while Sen. Gary Peters (D-Mich.) is the leading co-sponsor, joined by Sen. Debbie Stabenow (D-Mich.) and Sen. Roy Blunt (R-Mo.).

“Senator John Thune has been a strong ally as we have worked on these bills,” Hedtler-Gaudette said. “His staff has worked with us closely in order to make sure that the needs and interests of the disability community were reflected in the Senate bill. The same goes for Senator Gary Peters.”