Golden Globes acclaim may not translate into national support

Most voters do not think Oprah Winfrey should run for president in 2020, a new survey shows. But the media mogul would hold a narrow lead over President Donald Trump in a hypothetical head-to-head 2020 matchup. 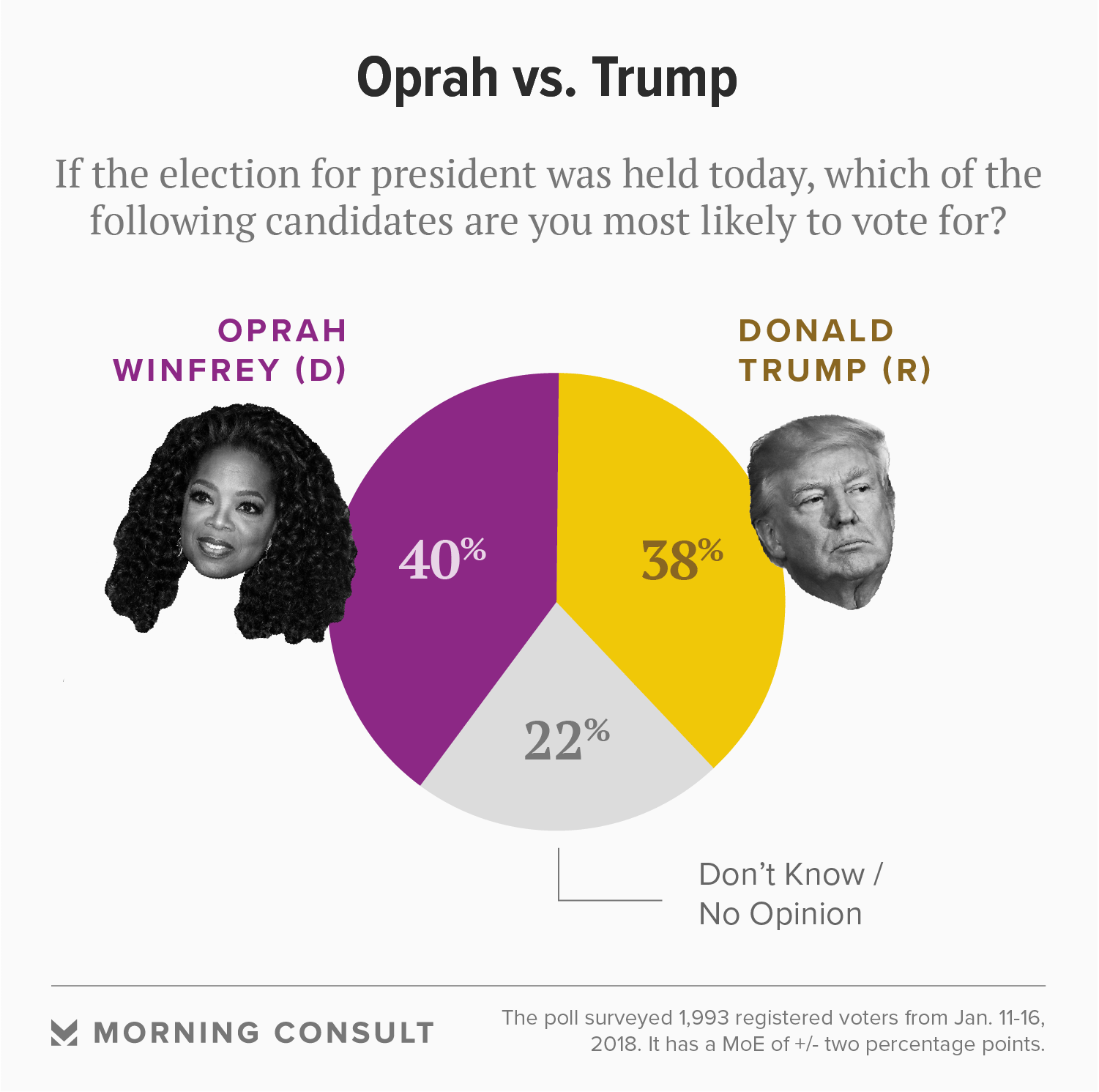 The Morning Consult/Politico poll was conducted Jan. 11-16 among a national sample of 1,993 registered voters, in the days following Winfrey’s Jan. 7 speech at the Golden Globes that sparked talk of a potential bid for political office. Fifty-nine percent of survey respondents said Winfrey should not run for president, compared to 24 percent who said she should. Seventeen percent said they did not know or had no opinion.

If the election were held today, Winfrey would lead Trump 40 percent to 38 percent, within the poll’s plus or minus 2-percentage point margin of error.

“If you were watching cable news the Monday after the Golden Globes, you would have thought the numbers would say 99 percent of Americans want her to run,” said Robert Thompson, director of the Bleier Center for Television & Popular Culture at Syracuse University, in a Tuesday interview. “Certainly polls have their limitations, but these numbers don’t quite indicate that degree of enthusiasm.”

In her remarks at the Golden Globes, Winfrey offered a defense of the press in the face of Trump’s media criticism and spoke about women who “endured years of abuse and assault” because they had “children to feed and bills to pay and dreams to pursue.”

Doug Heye, a former spokesman for the Republican National Committee who is now a CNN contributor, said Winfrey successfully seized the moment at the Golden Globes with a speech about important contemporary issues that was not blatantly political. Asked about the voters who said Winfrey should not run for president, he ascribed that to political fatigue. 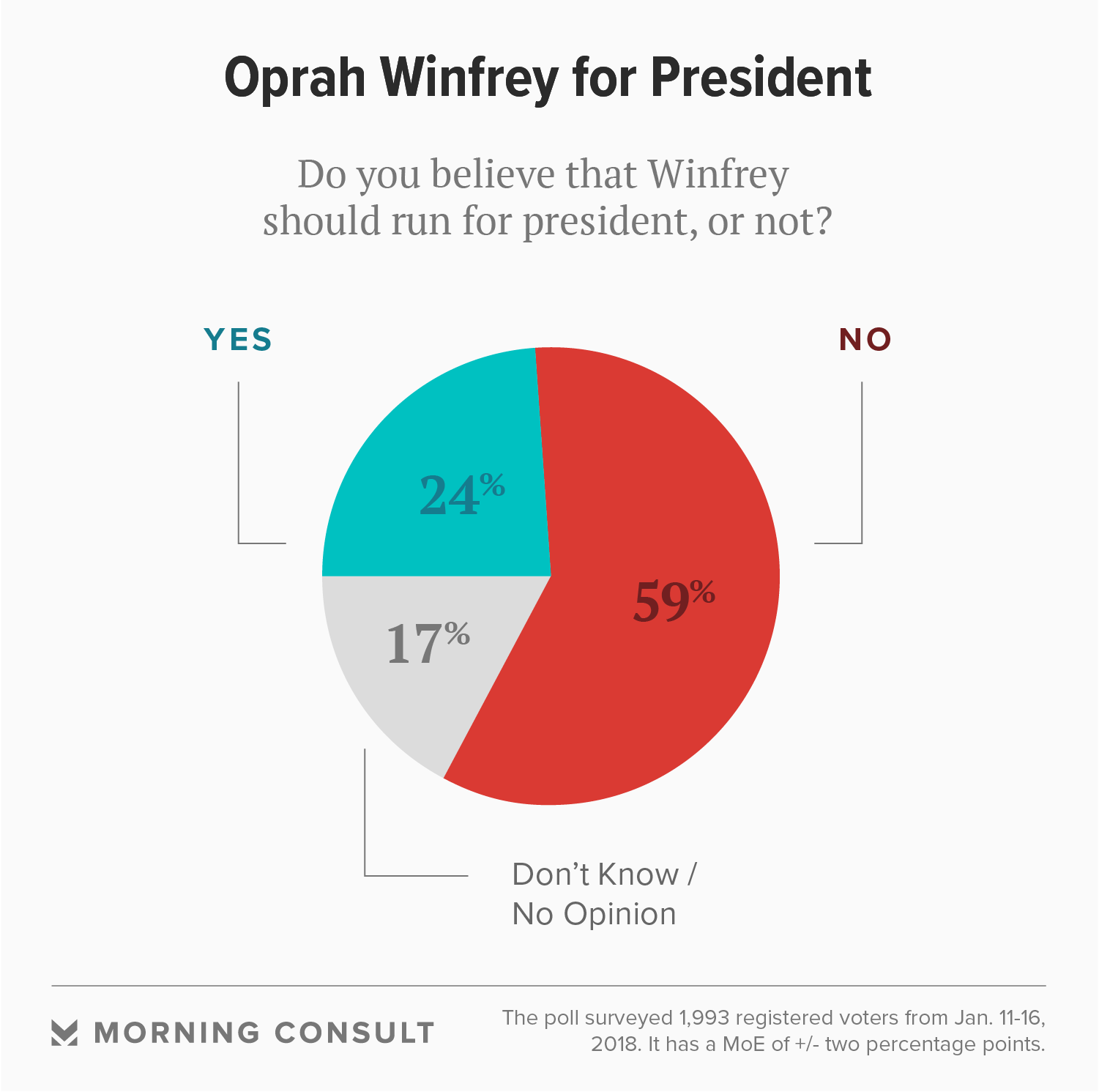 “People like Oprah because they’ve watched her do amazing things for 30 years now. Yeah, she supported candidates in the past, but being a candidate yourself opens you up to all kinds of political attacks,” he said in a Tuesday interview.

Winfrey’s office did not respond to a request for comment.

Michael Ahrens, a spokesman for the Republican National Committee, said of the poll in a Tuesday email: “Regardless of who the far-left base of the divided Democratic Party chooses, we’ll be ready.” 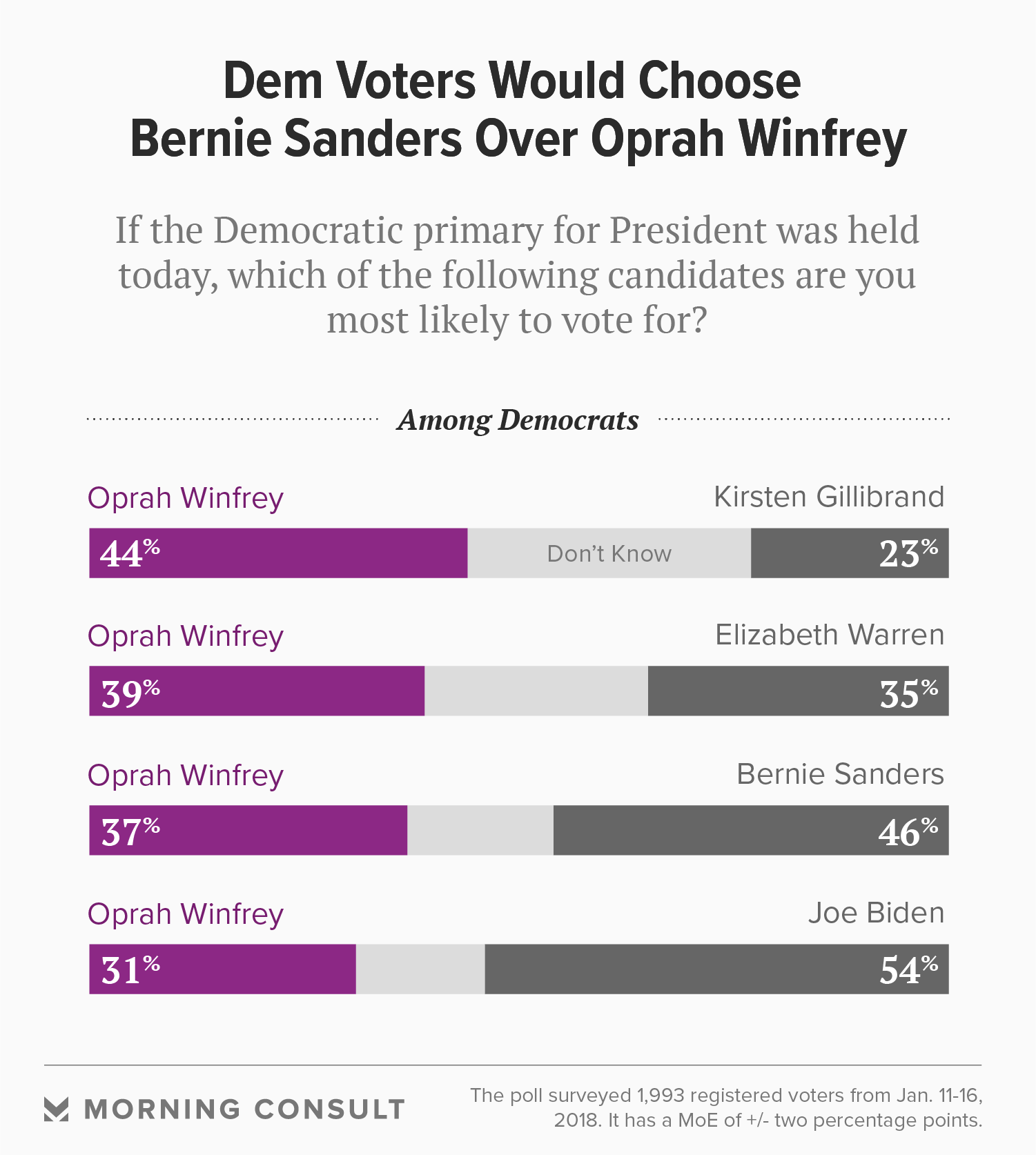 Brad Anderson, an Iowa-based political strategist who is of counsel at Precision Strategies, said the survey results regarding Winfrey’s political views may be “premature” because “people think she’s liberal because they associate her with Hollywood.”

“That could all change once she starts talking about issues,” Anderson said in an email Tuesday.

Still, Anderson said he thinks she could at least get some meetings in Iowa.

“I guarantee any of our 99 Democratic county chairs would be happy to talk to Oprah Winfrey about whatever she wants to talk about, whether its presidential politics or some of her favorite things,” he said.