In poll, 78% of likely viewers said they plan to watch the Pyeongchang Olympics only or mostly on TV 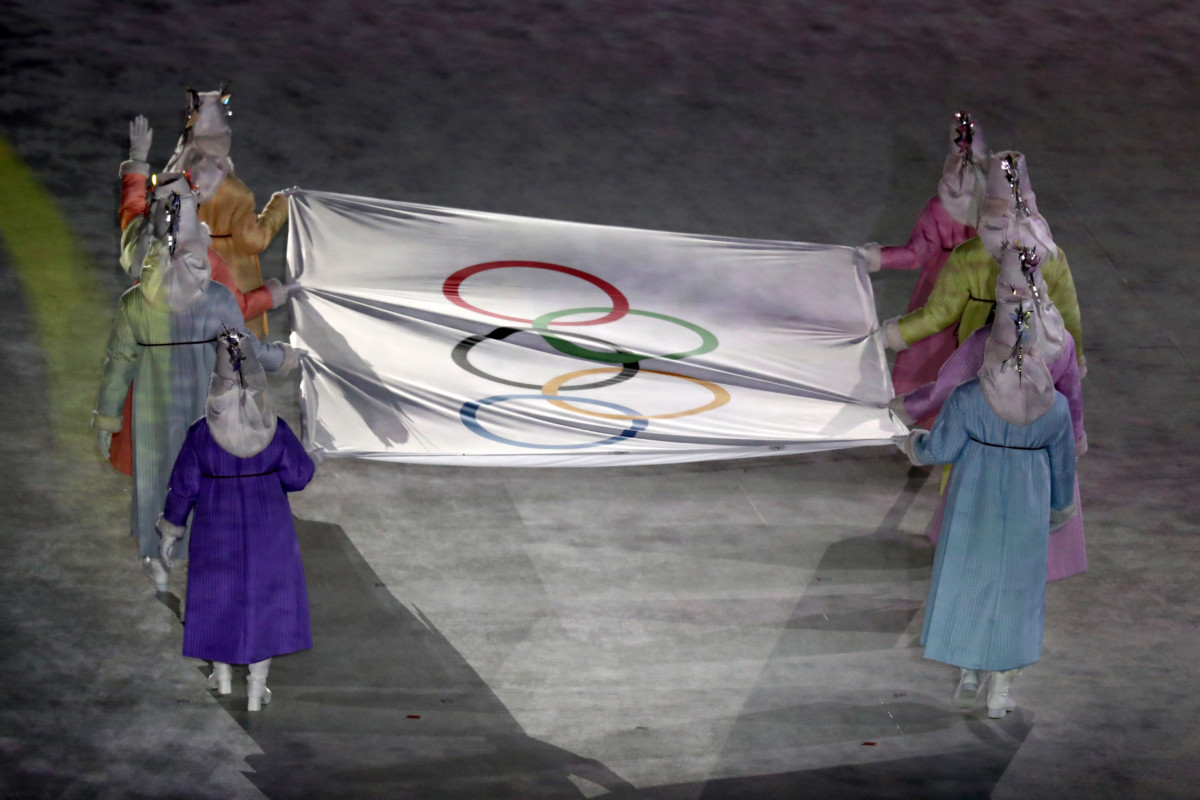 The Opening Ceremony of the Pyeongchang 2018 Winter Olympic Games on Feb. 9 in South Korea. (Photo by Al Bello/Getty Images)
By Anna Gronewold

For the 2018 Olympic Winter Games in Pyeongchang, South Korea, NBC is making a big push with digital broadcasting, livestreaming 1,800 hours of coverage — what the network called a record for a Winter Olympics. But more than three-quarters of likely U.S. viewers say they plan to watch the games through traditional television broadcasts.

In a Feb. 1-4 Morning Consult poll, conducted among 2,201 U.S. adults, 62 percent, or 1,354 people, said they were very or somewhat likely to watch the games. The margin of error for the overall poll is plus or minus 2 percentage points. 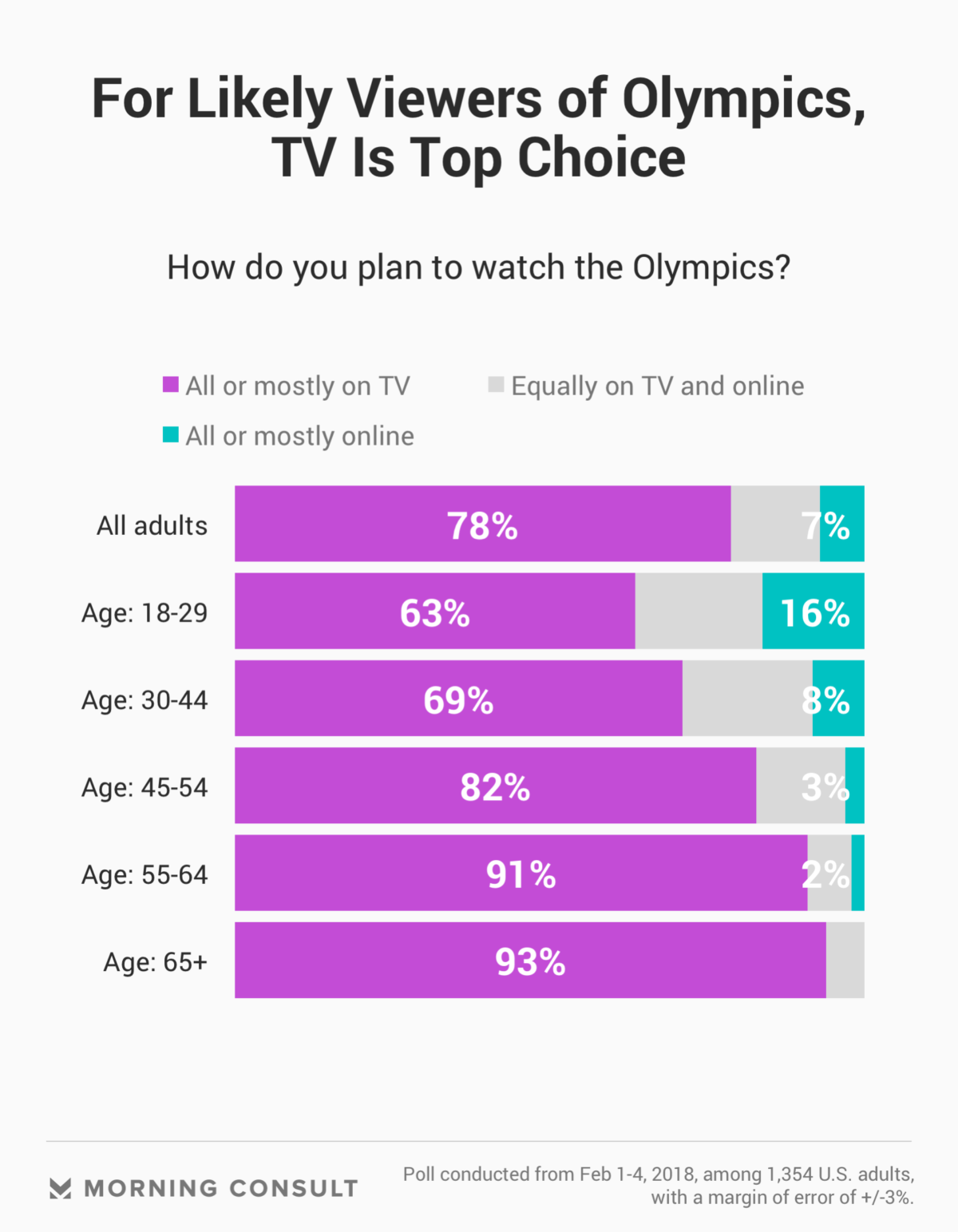 NBC’s television coverage in the United States of the games began on Wednesday, though the official opening ceremony occurred Friday in South Korea. The Winter Olympic Games conclude with the closing ceremony on Feb. 25.

For all the radical change that’s going on regarding how people watch TV, there are still an “awful lot” of people who watch TV the old-fashioned way: on a television set, said Robert Thompson, professor of television and popular culture at the S.I. Newhouse School of Public Communications at Syracuse University. That number increases with a global event such as the Olympics.

“These are not just television shows,” Thompson said in a Feb. 8 phone interview. “They’re rituals, and a TV set makes a better altar on which to consume a ritual than a mobile device.”

Livestreaming is a time commitment to a full event, while the TV broadcasts that NBC will air in the United States are “not quite highlight reels, but certainly compressed,” Thompson said.

The 14-hour time difference between Pyeongchang and the United States’ Eastern time zone also means people in the Western Hemisphere have to be “die-hards” to either stay up late or wake early to consume many events in real time, he said. 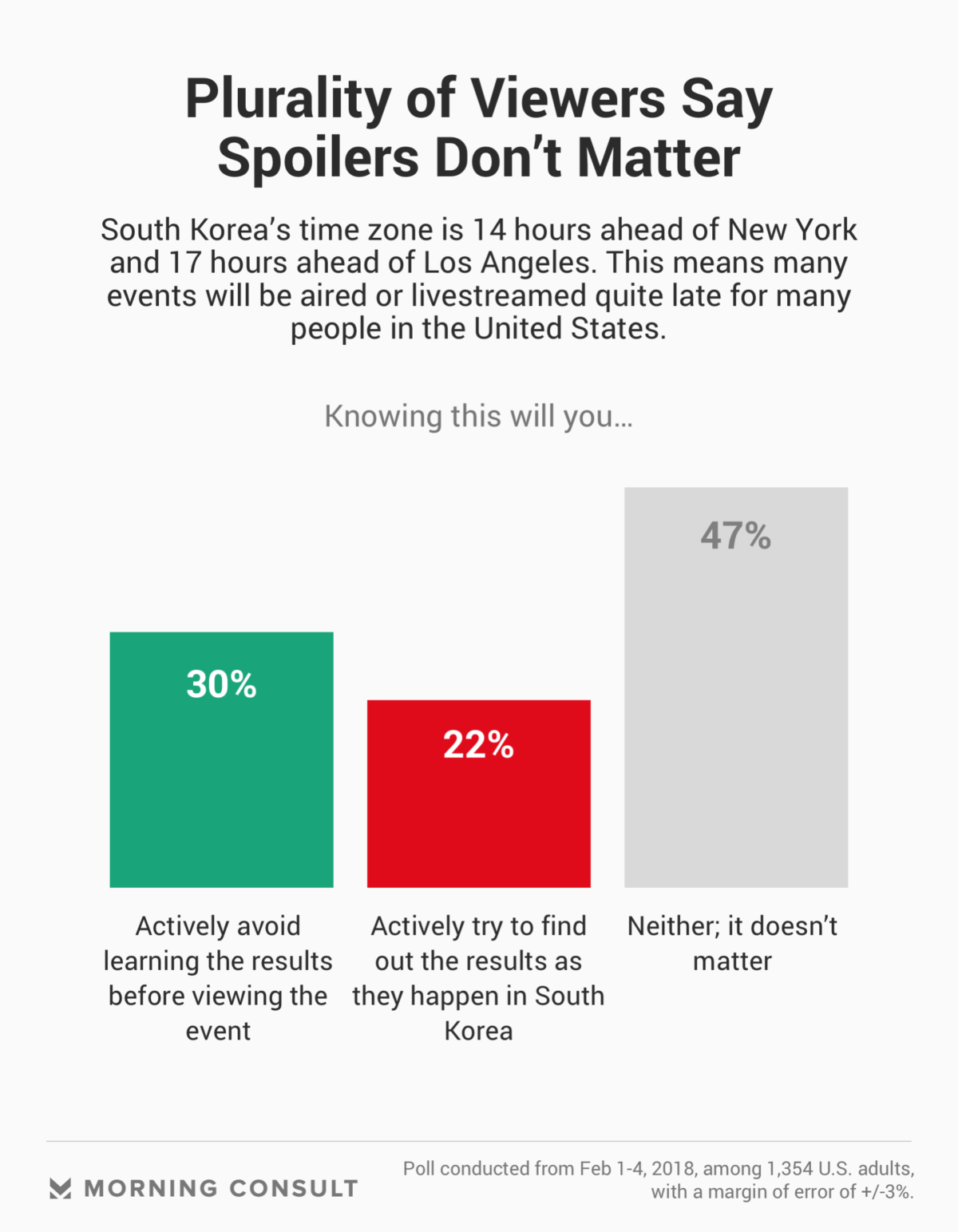 While most people will probably tune in for a few events during the games, Daniel Durbin, director of University of Southern California’s Annenberg Institute of Sports, Media and Society, said in a Feb. 8 phone interview that he doubts the 2018 Winter Olympics will be a “blockbuster event” for NBC like the 2008 Summer Olympics in Beijing or 2012 Summer Olympics in London.

NBC faces a number of challenges in stoking interest in the games, including the venue and location, which has so far not been portrayed as an attention-grabbing “winter wonderland,” he said, and few compelling stories of specific athletes or rivalries heading into competition.

Durbin said that in a recent class, many of his students were shocked to learn the Olympics were set to begin this week.

“There’s essentially no coverage leading up to it,” Durbin said, “and for many people, it really is sneaking up as a surprise.”