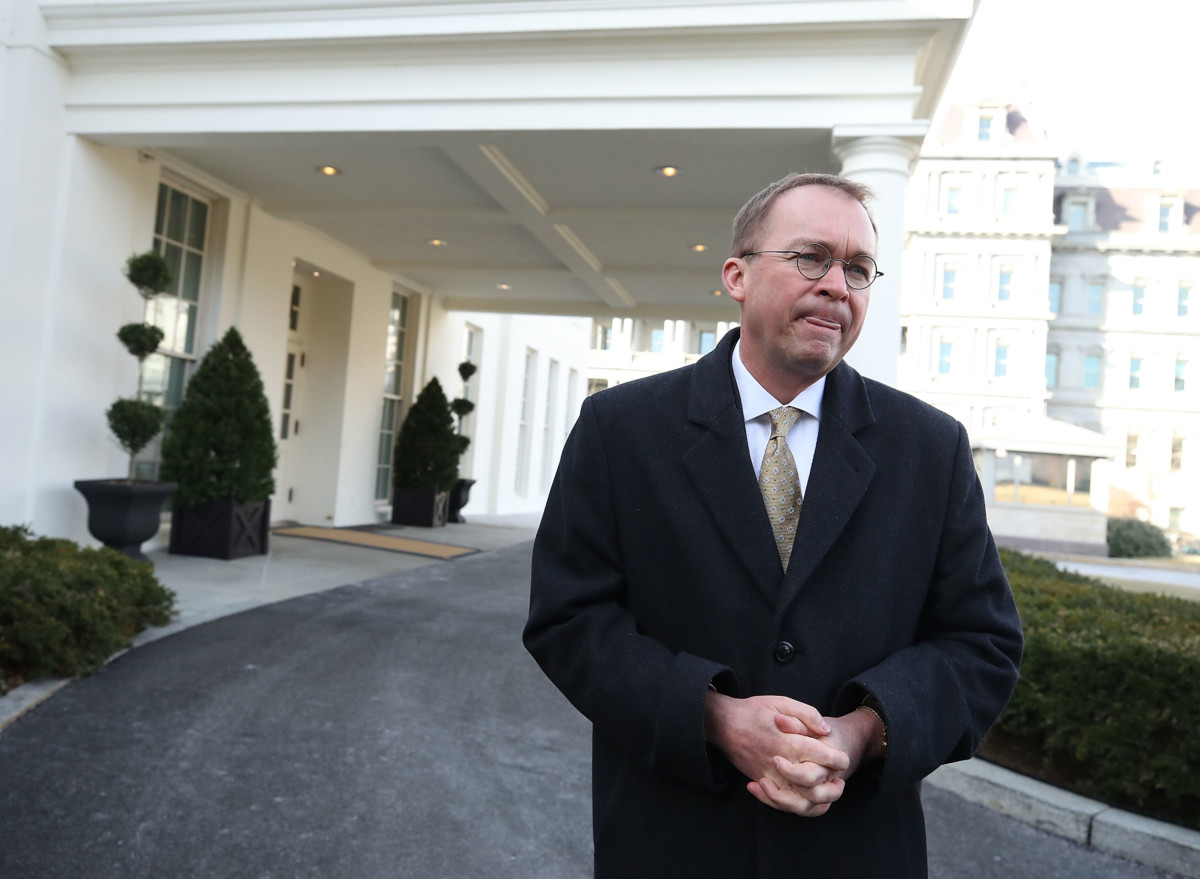 Mick Mulvaney, acting director of the Consumer Financial Protection Bureau, suggested Thursday that his decision to give political appointees high salaries is part of broader efforts to eliminate the agency’s top post, replace it with a bipartisan commission and subject the agency to the annual congressional appropriations process.

In testimony before the Senate Banking Committee, Mulvaney referenced the 2010 Dodd-Frank Act that established the CFPB and said he has “complete authority under the statute to do exactly what I’ve done” regarding hiring and compensation. He added that there are eight political appointees he has hired at the agency, and some are earning the top salary possible under the CFPB’s pay schedule.

“I welcome a discussion of the salaries at the bureau,” Mulvaney said in response to questions from Sen. Richard Shelby (R-Ala.). “There’s 370 folks who work there who make more than you do. And that may be fine, but my guess is you probably didn’t know that, because we don’t go through the appropriations process.”

Rank-and-file senators have a salary of $174,000 a year. The agency’s chief of staff, former House Financial Services Committee staffer Kirsten Sutton Mork, receives an annual salary of $259,500, according to CFPB documents viewed by Morning Consult. Other bureau employees who are paid the same amount include Associate Directors Eric Blankenstein, Anthony Welcher and Sheila Greenwood.

In an exchange with Sen. Sherrod Brown (D-Ohio), the panel’s ranking member, Mulvaney said all of the political appointees have been approved by the Office of Personnel Management, and that the hiring process has been completed “100 percent legally and 100 percent by-the-book.”

Brown said in a brief interview after the hearing that the issue with the appointees is that they’ve been hired “to blunt the enforcement actions of the agency, because” Mulvaney “doesn’t believe in its mission.”

In a statement emailed to Morning Consult following the hearing, a bureau spokesperson noted that Mulvaney has advocated for changes to the CFPB’s compensation practices. The spokesperson added that the salaries for political appointees “are the result of a decision made by former Director Cordray who determined that they should be paid the same amount, regardless of experience or scope of duties.”

“Acting Director Mulvaney would be happy to work with members of Congress on legislative changes to the Bureau that would address the Bureau’s structure and compensation practices,” the spokesperson said.

Sen. Tom Cotton (R-Ark.) said during the hearing that Democrats are focusing on agency salaries and hiring practices to score political points, even though some employees received similar compensation when Richard Cordray was CFPB director.

“I don’t remember any Democratic member of this committee asking Director Cordray about the salaries he was paying his employees,” Cotton said.

Thursday’s testimony before the Senate Banking Committee marked Mulvaney’s second straight day on Capitol Hill as head of the CFPB, a role he took on in November after Cordray stepped down. Throughout his two days of congressional testimony, and in the bureau’s semi-annual report released last week, Mulvaney has said his goal is to ensure that he follows the letter of the Dodd-Frank law that established the CFPB.

Mulvaney, who is concurrently serving as director of the Office of Management and Budget, has pointed out other aspects of Dodd-Frank that he says should be changed. On Thursday, he noted that the agency’s statutory name is the Bureau of Consumer Financial Protection, and referred to it as such throughout his Senate testimony.

He also said that he is not required to answer the questions of lawmakers, but instead only needs to “appear” before the congressional committees of jurisdiction to fulfill his obligations under Dodd-Frank. He noted the law states the CFPB director “shall appear” before the Senate and House banking committees in reference to the bureau’s semi-annual report, but does not outline a requirement for the director to testify.