But counterparts in House Energy and Commerce raise pointed questions about ethics, conduct 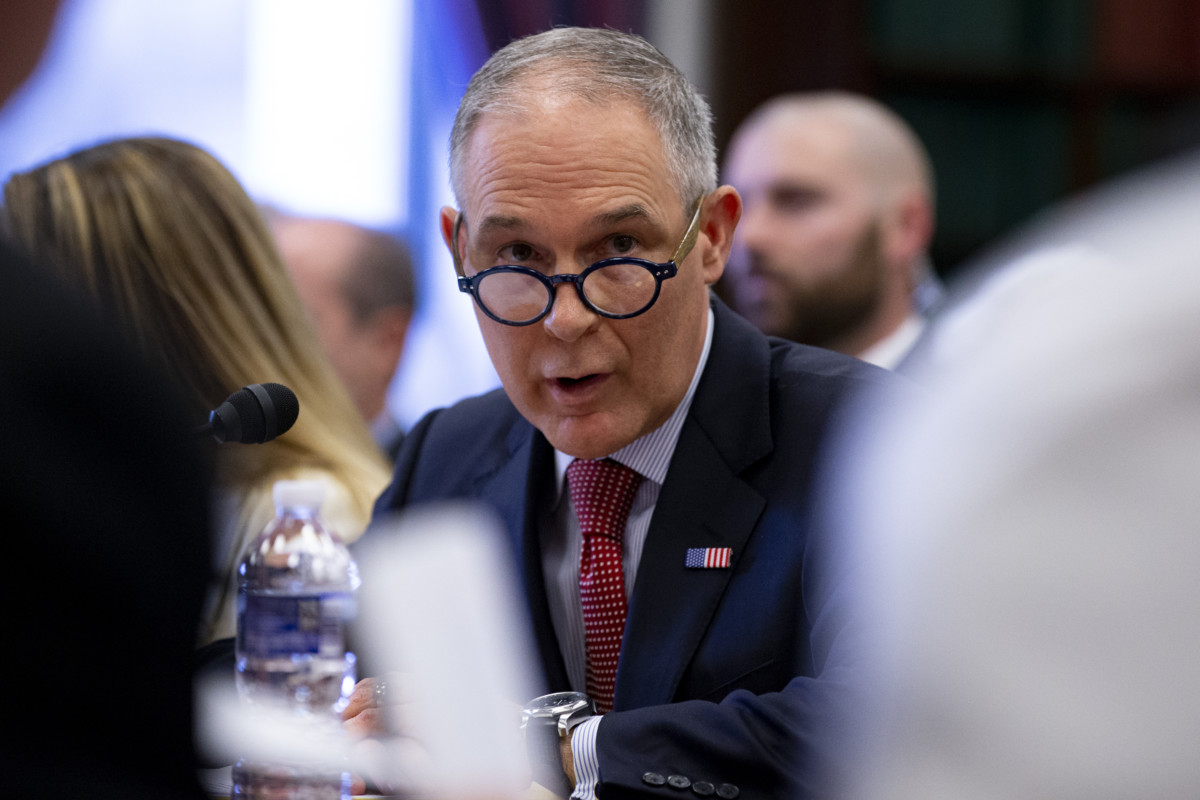 A House Appropriations subcommittee hearing on the Environmental Protection Agency budget offered Administrator Scott Pruitt a brief reprieve, at least from members of his party, who fielded him far fewer questions over his conduct and ethics compared to Republicans on another House panel earlier Thursday.

Republican appropriators on Thursday closely adhered to the playbook from last year’s EPA  budget hearing, opting again to focus on commending Pruitt on his regulatory approach and discuss their fiscal 2019 budget priorities.

By contrast, earlier in the day, Pruitt had navigated critical lines of inquiry on his spending and conduct during the House Energy and Commerce Environment Subcommittee’s budget hearing from not only Democrats but also several Republicans, including Gregg Harper (R-Miss.) and some members of the full committee who attended the hearing, like Reps. Ryan Costello (R-Pa.) and Leonard Lance (R-N.J.)

Costello and Harper both asked Pruitt to address reports that at least five EPA officials were reassigned after voicing disagreement with management and spending decisions at the agency.

“Even the implication of retaliation can have an impact on the morale of EPA employees,” Harper said.

And Lance pressed Pruitt to explain why he needed a $43,000 soundproof phone booth installed in his office when there are other secure locations within the EPA for confidential phone calls.

“It is my judgment that that was not needed,” Lance said.

Republican pressure on Pruitt has steadily grown in both chambers. Lawmakers such as Sen. James Inhofe of Oklahoma have now called for an investigation of Pruitt’s actions, and House Oversight Chairman Trey Gowdy (R-S.C.) has requested from Pruitt all records related to his first-class airline travel and the $50-a-night rental agreement he had with the wife of a lobbyist.

But Republicans on the House Appropriations Interior, Environment and Related Agencies Subcommittee lauded Pruitt for addressing the regulatory overreach of his predecessors or to focus on policy-related concerns important to their districts.

“I have high, high, high confidence in his personal integrity and ability,” Rep. Tom Cole (R-Okla.) said of Pruitt at the appropriations hearing. “And certainly if a mistake was made, I’m sure it’ll be acknowledged and corrected, ‘cause I’ve seen you do it over and over again in the course of a long and very distinguished career of service.”

Cole had also spoken glowingly of Pruitt at last year’s June 15 budget hearing, when the administrator first sat before the panel to discuss the fiscal 2018 budget. Pruitt, Cole told his colleagues at the time, “will handle himself in an absolutely above board and ethical manner.”

Rep. Ken Calvert (R-Calif.), who chairs the subcommittee, acknowledged upfront the allegations against Pruitt. The committee, he said, wants money to go toward environmental projects the EPA runs, “rather than on some of the activities we’ve seen reported in the press,” and added  the panel would hold the agency accountable on spending and congressional notification compliance.

Calvert ceded his first five minutes to Pruitt to address those allegations upfront but did not ask follow-up questions on those matters during the event.

Evan Jenkins (R-W.Va.), who is running for the Senate seat held by Joe Manchin (D-W.Va.), alluded to the severity of the ethics allegations without prompting Pruitt for a response on the record.

As with last year’s June budget hearing, Jenkins spent his time for questioning to knock the policies of the Obama administration again for effecting the loss of coal jobs in West Virginia.

“What a difference, candidly, an election makes,” he said.

Rep. Mike Simpson (R-Idaho) commended Pruitt on taking steps to increase transparency at the agency, referencing an EPA proposal issued this week which, if finalized as suggested, would ban the use of unpublished data to justify the agency’s rulemakings.

On the president’s fiscal 2019 budget request, Calvert told Pruitt the administration’s proposal to cut the EPA’s funding by $1.9 billion from the current fiscal year to $6.146 billion would “put important programs at risk.”