Outgoing Commissioner Clyburn Says She Can Be More Effective Outside FCC 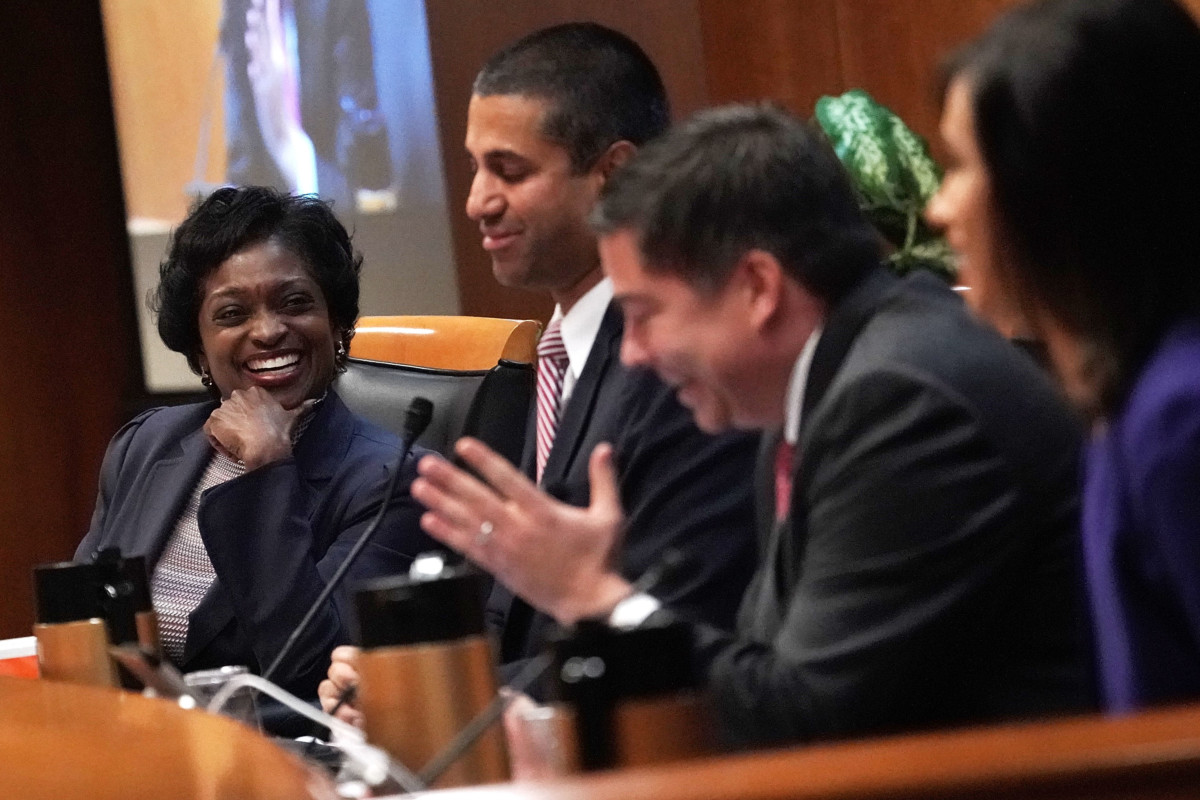 When Mignon Clyburn, a Democratic member of the Federal Communications Commission, announced last month that she would leave the agency by May 10, it signaled the end of a tenure that she says was devoted to individuals “who are too seldom heard.”

In a Tuesday phone interview with Morning Consult, Clyburn said she decided to step down because she feels she can be more effective as an advocate outside the FCC, where she’s served for nine years.

“I gave voice to some issues that, with all due respect, this agency had either punted, ignored or didn’t prioritize,” Clyburn said. “And at this juncture, from the inside, I just felt that I had done all that I could do to advance things down the road. And I really believe at this time that I would be a better public servant not serving on the FCC.”

Clyburn’s impending departure means Republicans will hold a 3-1 advantage at the agency, leaving Commissioner Jessica Rosenworcel as the lone Democrat. Some of the more high-profile items on the FCC’s agenda include a review of Sinclair Broadcast Group Inc.’s proposed $3.9 billion takeover of Tribune Media Co. and an expected review of the nearly $27 billion merger deal between Sprint Corp. and T-Mobile US Inc.

Clyburn was first appointed to the agency in 2009 by then-President Barack Obama, and was subsequently reconfirmed to serve another term in 2013. Former Chairman Tom Wheeler (D) is the most recent commissioner to have left the FCC. He stepped down Jan. 20, 2017.

Clyburn’s current term expired in June 2017, but federal statute allows her to serve on the FCC through the end of the 115th Congress in January 2019, or until a successor is confirmed and sworn in.

The White House has not made any announcement or given any indication about a potential replacement for Clyburn.

In choosing to step down now, Clyburn said her main priority is to remain true to herself and her views.

“I really think that I will probably be more vocal, to be honest, to more people, especially the ones that I am not permitted to speak to or be an advocate in front of — like other elected and appointed officials,” Clyburn said. “Wearing this regulatory hat, I’m not allowed to do so. When I walk out the door for the last time, I am excited about having more freedom of expression to really make the business case on the outside about full inclusion when it comes to consumers and small businesses and urban communities that have been red-lined.”

As a commissioner, Clyburn has advocated for the Lifeline program and inmate call reform as necessary steps to help marginalized communities. She has also been an outspoken supporter of net neutrality and voted in support of the FCC’s 2015 Open Internet Order that codified those rules.

Despite the GOP-controlled agency voting along party lines to repeal the Open Internet Order last year, Clyburn said she remains optimistic about net neutrality’s future. She pointed to the passionate responses of supporters at both the state and federal level, including congressional efforts to advance a Congressional Review Act resolution that would overturn the FCC’s repeal.

“People are reacting to what I think was a terrible wrong turn that the FCC majority took in December,” Clyburn said. “They want to protect their citizens and enable competition and investment, and the best way we can achieve all of those goals was through the 2015 order, which I believe struck that balance.”

There has been speculation that Clyburn, the daughter of Rep. James Clyburn (D-S.C.), the No. 3 Democrat in the House, might seek political office in her post-agency years. Clyburn said she has no announcement to make about such plans at this time.

“I’m going to give it a try as Mignon Clyburn, private citizen, or Mignon Clyburn, change agent, without any type of title attached to my name,” she said. “I really think I can continue to make a difference and be effective with so many challenges that we have in our communities, and I feel like I can be effective on the outside. And I’m going to give that a try for the next few years.”