The Brands That Stand Out Among Men, Women

Cosmetic companies top the list of women’s most standout brands, while sports and cars lead among men 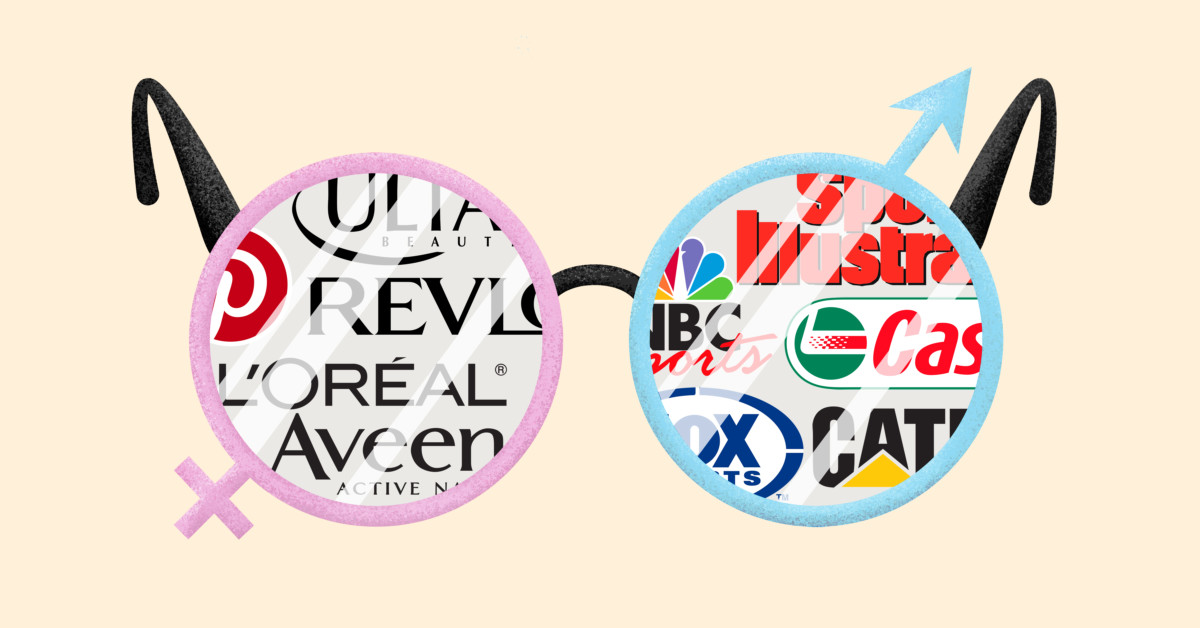 When it comes to the brands most beloved by men and women, a few companies are atop both lists, such as Google LLC and The Hershey Co.

But what about those brands that have the widest gaps in favorability between genders?

Cosmetic companies such as Revlon Inc. and L’Oreal SA top the list of women’s most standout brands, while brands related to sports and cars lead among men, according to an analysis of Morning Consult’s 2018 Most Loved Brands. But some brands popular with men are expanding their marketing efforts to attract female consumers. 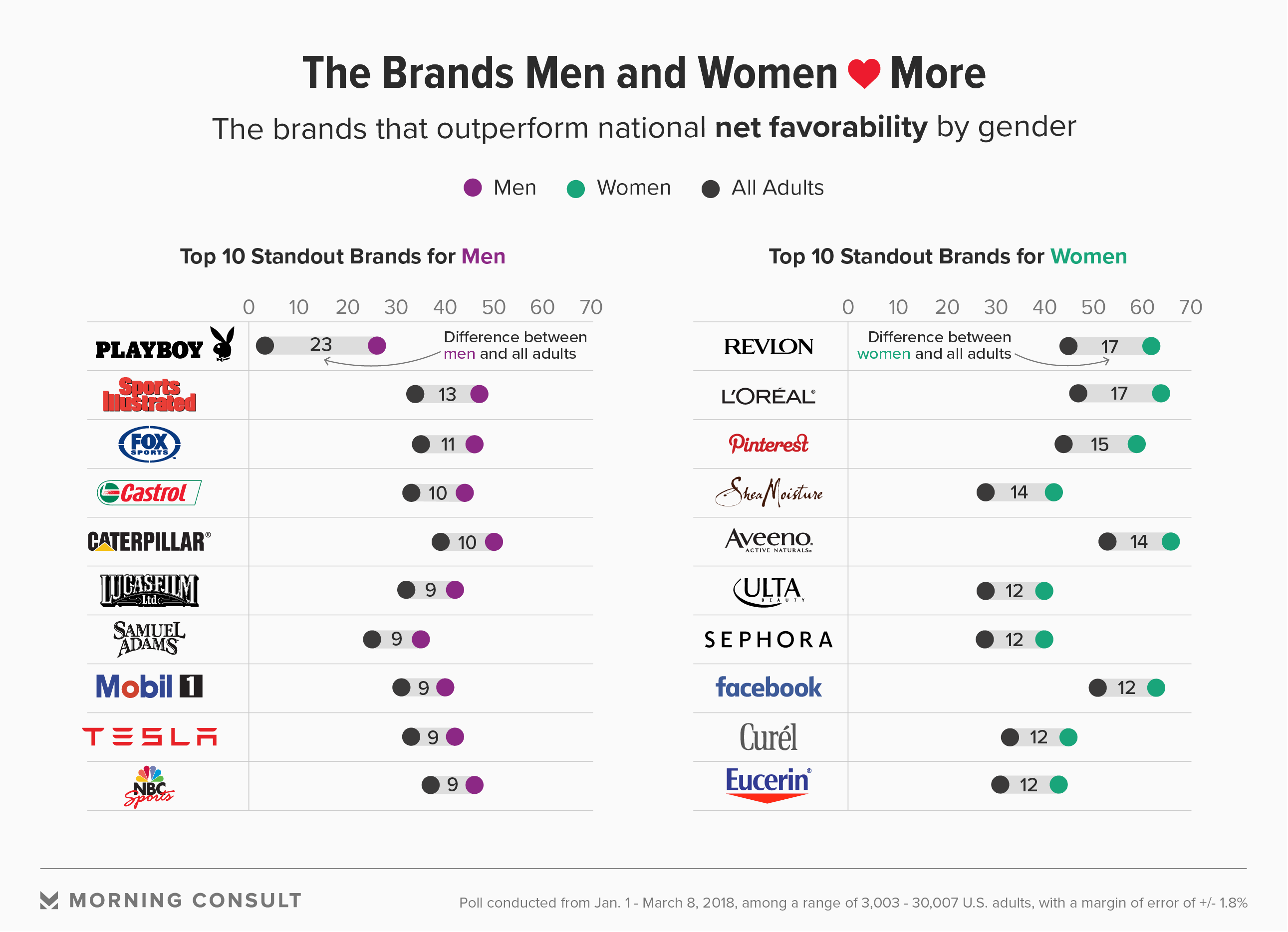 Women’s net favorability of Johnson & Johnson’s Aveeno, Sephora SA and Kao USA Inc.’s Curél far exceeded that of the public overall among the more than 1,500 brands tracked by Morning Consult.

Notably, Facebook Inc. is more loved by women by a 12-point margin.

Playboy Enterprises Inc., the most standout brand among men with a net favorability that was 23 points above the national average, was also the most divisive brand by gender: The publication earned a net favorability of 26 among men, while women ranked Playboy at a net minus-18.

Men have slightly higher consumer-spending power than women. According to the Bureau of Labor Statistics’ latest Consumer Expenditure Survey released in April, single men have an average annual expenditure of $35,018 when looking at 2015-2016 data, compared to single women’s $33,786.

Single men also spend twice as much as women on alcohol, which is notable as there are 10 alcohol companies and brands in men’s top 50 brands.

Even so, many brands that are disproportionately admired by men are taking steps to draw in a more female base, either through marketing campaigns or female spokespeople.

ESPN Inc., admired more by men by a 7-point margin and less by women by a 6-point margin compared to the national average, put together a “The Bachelor”-themed promotional video for the 2017 college football season. And Diageo PLC brand Johnnie Walker, with a male net favorability of 6 points, released in March a special-edition Scotch whisky featuring a female “Jane Walker” in place of its black-and-white Johnnie Walker logo in celebration of Women’s History Month and International Women’s Day. Women view Johnnie Walker 6 points lower than the country overall in terms of favorability.

Correction: A previous version of this story misstated the month in which the Bureau of Labor Statistics was released.