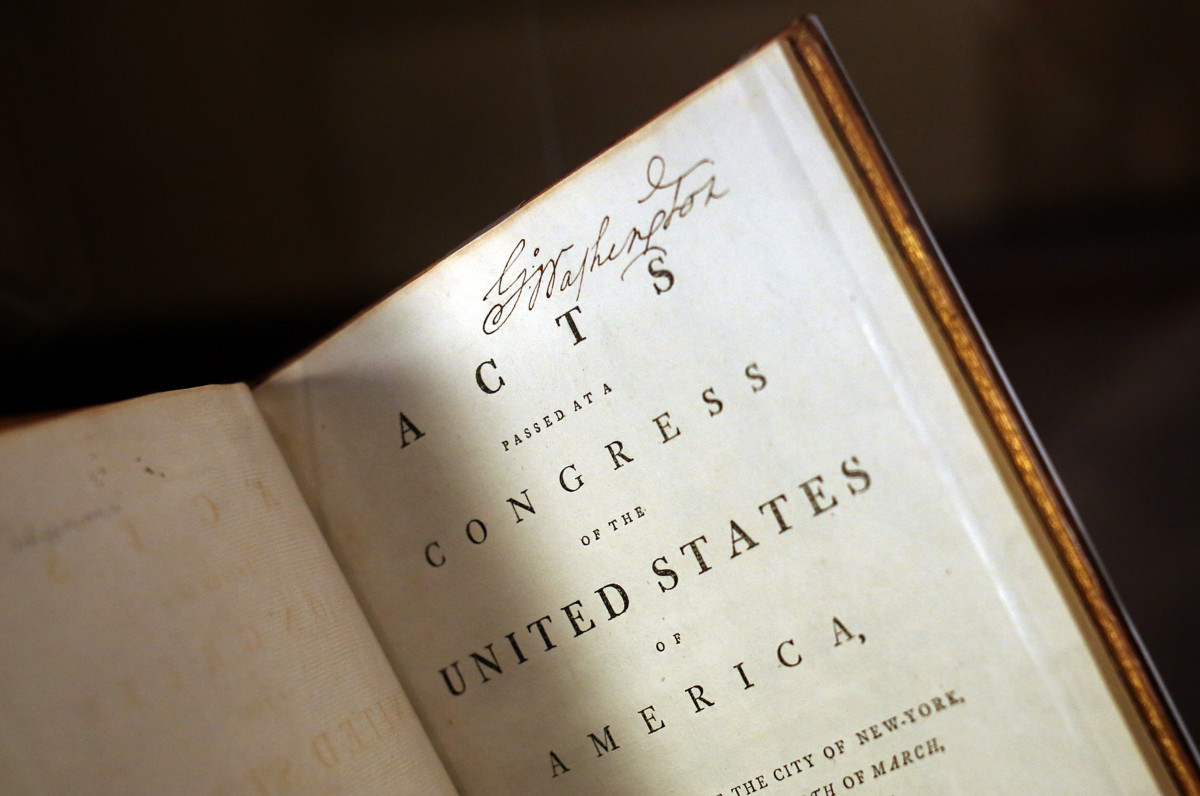 U.S. President George Washington's personally annotated copy of the Acts of Congress is displayed on the 225th anniversary of the signing of the U.S. Constitution during an unveiling ceremony Sept. 17, 2012 in Mount Vernon, Va. (Photo by Win McNamee/Getty Images)
By Eli Yokley

Invoking the Fifth Amendment is not necessarily an indication that someone is guilty, according to 51 percent of voters in a poll conducted after President Donald Trump’s legal team didn’t reject the possibility of Trump pleading the Fifth in the Russia investigation.

A May 10-14 Morning Consult/Politico survey of 1,993 registered voters nationwide found that 36 percent of respondents said someone who pleads the Fifth is usually guilty. Thirteen percent said they don’t know or have no opinion. The poll has a margin of error of plus or minus 2 percentage points. 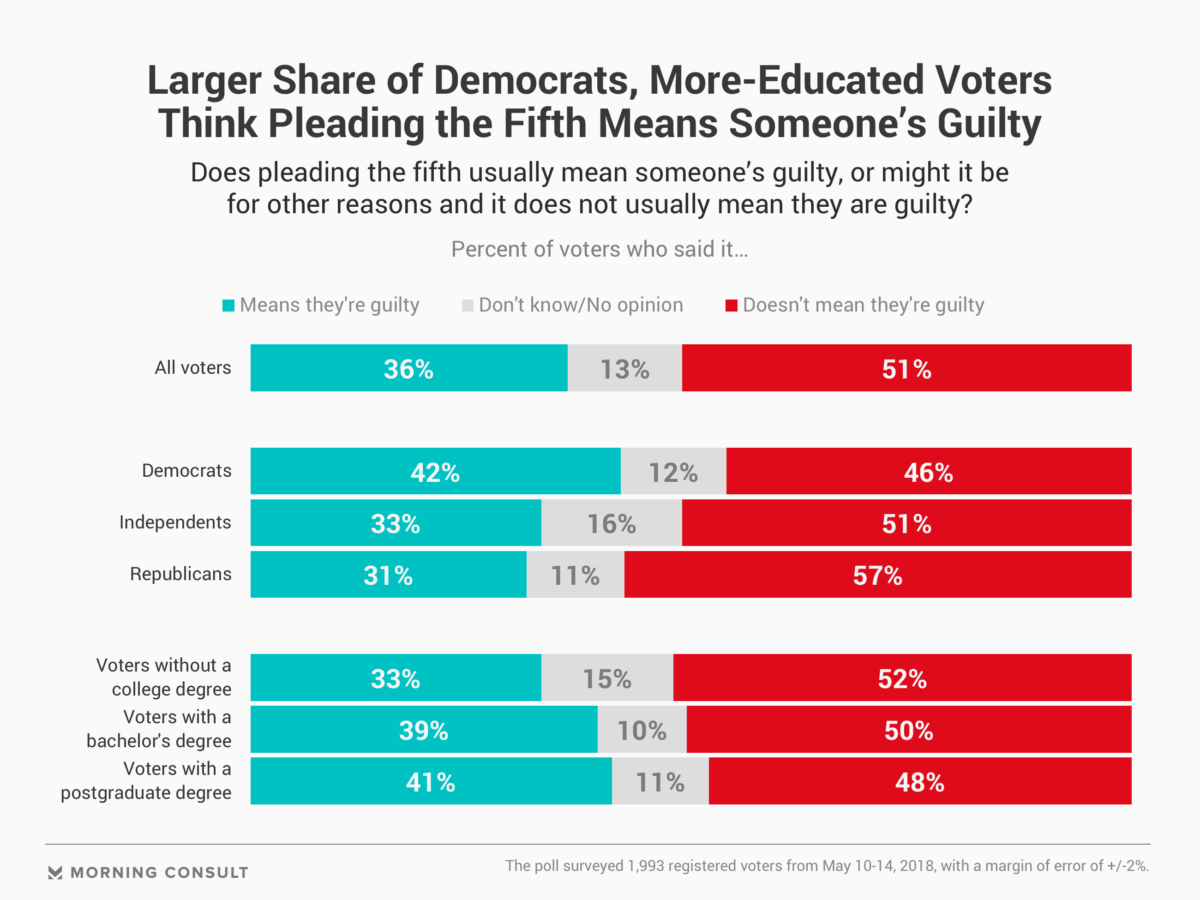 The Fifth Amendment to the U.S. Constitution prevents people from being compelled to testify against themselves in criminal cases, offering them protection from self-incrimination.

Former New York City Mayor Rudy Giuliani, a member of Trump’s legal team, recently told ABC News that he can’t rule out the possibility of Trump invoking his Fifth Amendment rights if he testifies in the Russia probe being led by special counsel Robert Mueller. “How could I ever be confident of that?” Giuliani said during an interview that aired May 6.

Trump has weighed in on the Fifth Amendment issue before. During a September 2016 campaign rally in Council Bluffs, Iowa, he said, “If you’re innocent, why are you taking the Fifth Amendment?” The comments were in reference to the investigation into former Secretary of State Hillary Clinton’s use of a private email server.

Though the Morning Consult/Politico survey question did not mention Trump or the Mueller probe, responses varied by party identification. Thirty-one percent of Republicans said pleading the Fifth usually means someone is guilty, with 57 percent disagreeing. Democratic voters were more closely split: Forty-two percent said it usually means someone is guilty, while 46 percent disagreed.