61% of Vermont voters say he deserves another term 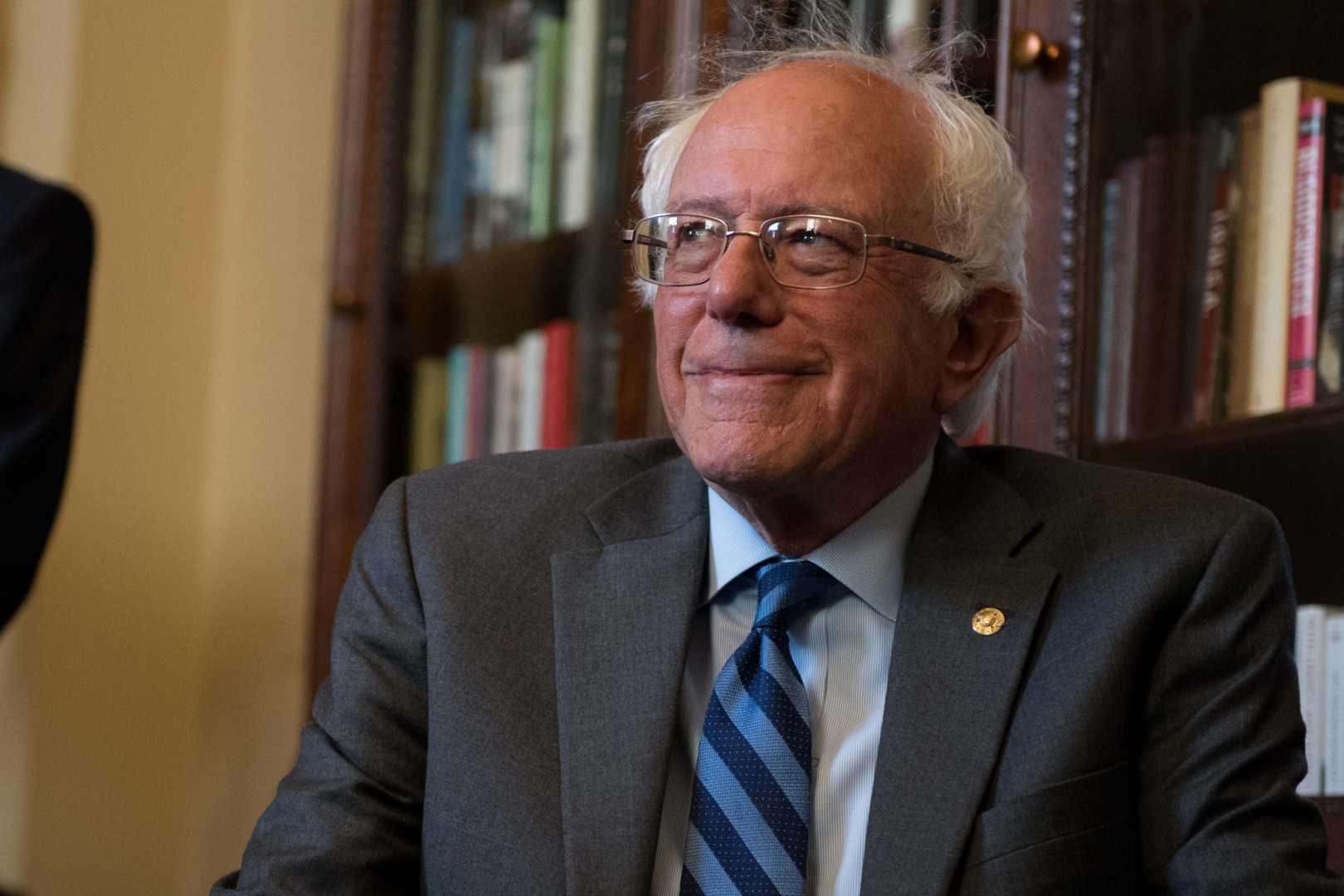 Sixty-one percent of Vermont voters said the liberal firebrand has done a good enough job to earn another term in office, while 32 percent said it’s time to give someone else a chance. The figures are based on surveys with more than 275,000 registered voters across the United States from Feb. 1 through April 30.

“Our struggle to create a government which represents all of us and not just the one percent — a government based on the principles of economic, social, racial and environmental justice — must continue,” Sanders said in a statement Monday. “And that is why I’m running for reelection.”

The share of voters backing Sanders for re-election dwarfs the average for the other 99 lawmakers in the chamber: One-third of those senators’ constituents said they deserve another term, while 44 percent preferred a new legislator and 23 percent said they didn’t know or had no opinion.

Three other incumbents — two Dakotans and a Minnesotan — cracked 50 percent on the share of their constituents who believe they deserve re-election.

Sen. Amy Klobuchar (D-Minn.), who is on the ballot this year, is the second-safest incumbent, with 52 percent of Gopher State voters viewing her job performance as meriting re-election; 32 percent disagreed.

Klobuchar is trailed by Senate Republican Conference Chairman John Thune of South Dakota and Sen. John Hoeven (R-N.D.). Fifty-one percent of registered voters in South Dakota backed Thune for re-election and 50 percent of North Dakotans supported another term for Hoeven. Both senators were comfortably re-elected to six-year terms in 2016.

The bottom of the list is anchored by a mix of longtime lawmakers and Republicans who have been vocal in their criticism of President Donald Trump.

Sixty-nine percent of voters said it’s time for someone to replace Senate President Pro Tempore Orrin Hatch of Utah, the chamber’s longest-serving Republican. Hatch, who was first elected to the Senate in 1976, announced in January that he would retire at the end of the 115th Congress.

He’s followed by Senate Majority Leader Mitch McConnell (R-Ky.) and Sen. John McCain (R-Ariz.), with 65 percent of voters in both Kentucky and Arizona expressing a desire for a new lawmaker.

Sixty-three percent of Arizona voters said they wanted retiring Sen. Jeff Flake, the chamber’s most frequent Republican critic of Trump, to be replaced.

At least half of voters in 15 other states said they want their senator replaced. Among those states are Missouri and West Virginia, where 53 percent each want to see two of the most vulnerable senators up for re-election this year — Claire McCaskill (D-Mo.) and Joe Manchin (D-W.Va.) — depart after 2018.

Sen. Dean Heller is considered the most vulnerable Republican running for re-election: Fifty percent of voters in Nevada said it’s time for a new person.

This story has been updated to include Sanders’ re-election announcement.