Half of Republicans say he shouldn't have a GOP challenger 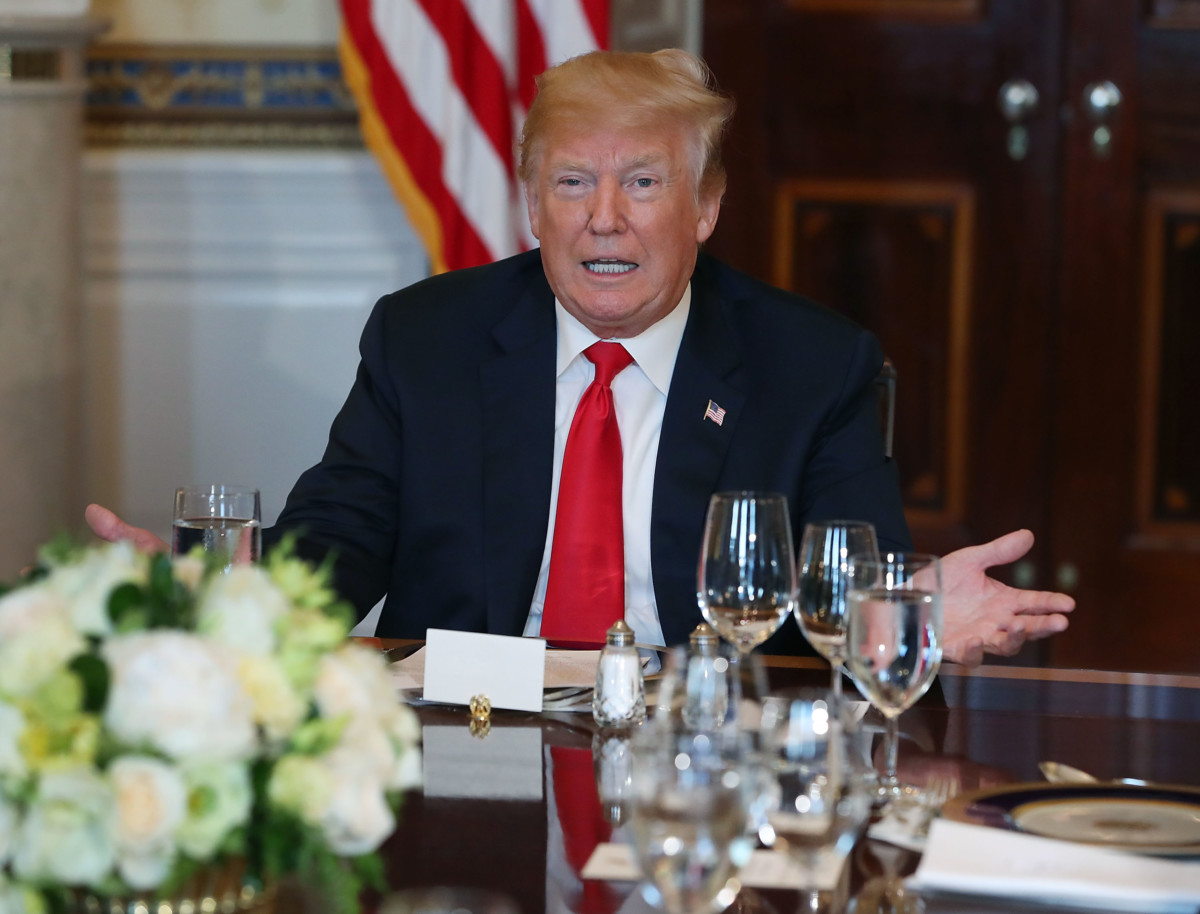 U.S. President Donald Trump at a dinner with former and present governors in the Blue Room at the White House on May 21, 2017 in Washington, DC. (Photo by Mark Wilson/Getty Images)
By Eli Yokley

Almost 4 in 10 Republicans say President Donald Trump should be challenged in the 2020 GOP primary elections, according to a new Morning Consult/Politico poll. 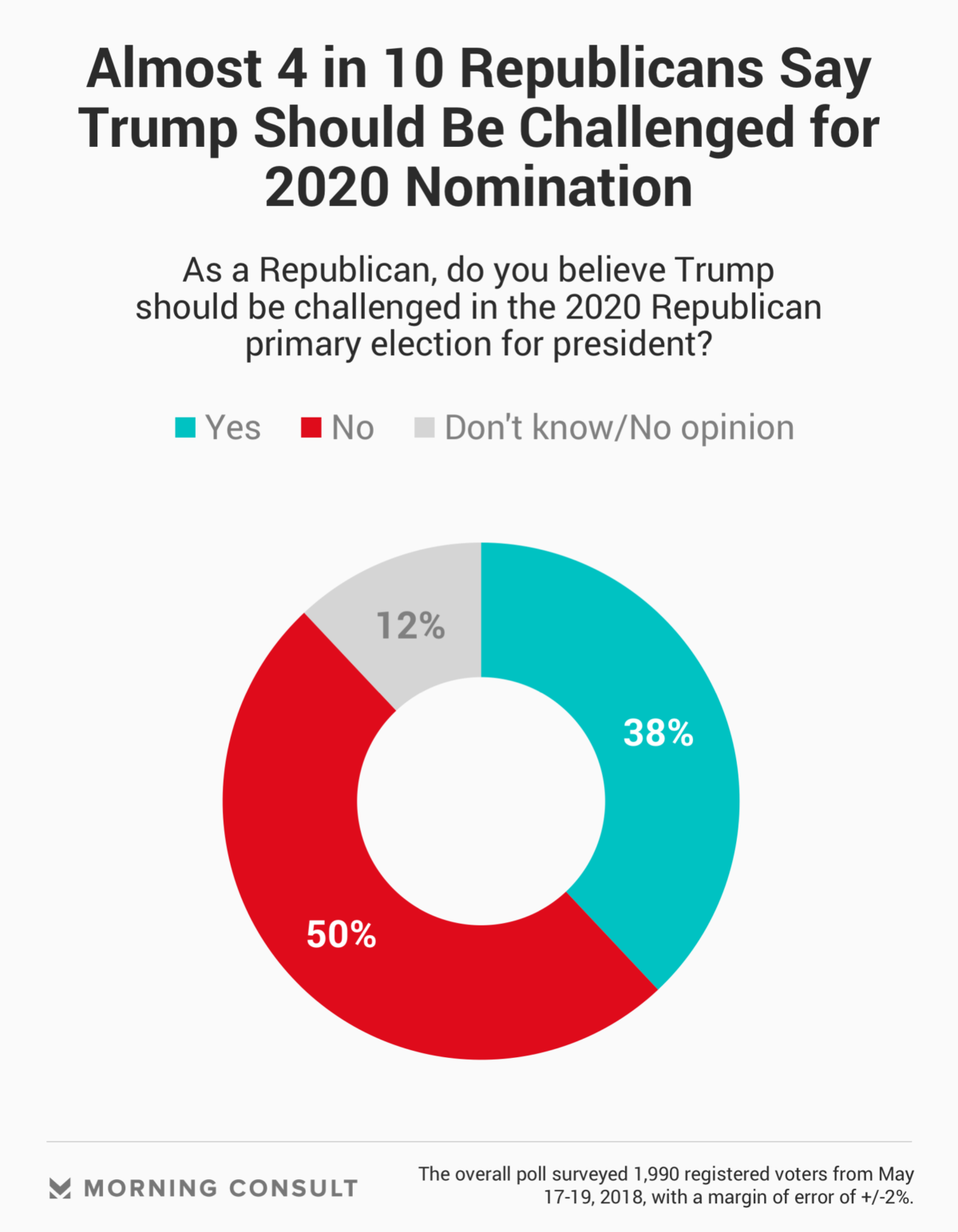 The survey of 1,990 registered voters, conducted May 17-19, comes more than 18 months ahead of the Iowa caucuses and New Hampshire’s first-in-the-nation primary.

Forty-four percent of overall voters said that if the presidential election were held today they would pick the Democratic candidate, compared to 36 percent who would vote for Trump. A similar poll from March yielded the same results.

Trump is the only declared GOP presidential candidate for 2020. Rep. John Delaney of Maryland, who announced his bid in July, is currently the lone Democratic challenger.

When asked if they would rather have Trump or Vice President Mike Pence as president, more Republicans have rallied behind Trump since the same question was asked in an August poll. Sixty-four percent of Republicans say they prefer Trump, with 19 percent picking Pence – a 45 point spread. Trump led by 30 points in August, 58 percent to 28 percent. 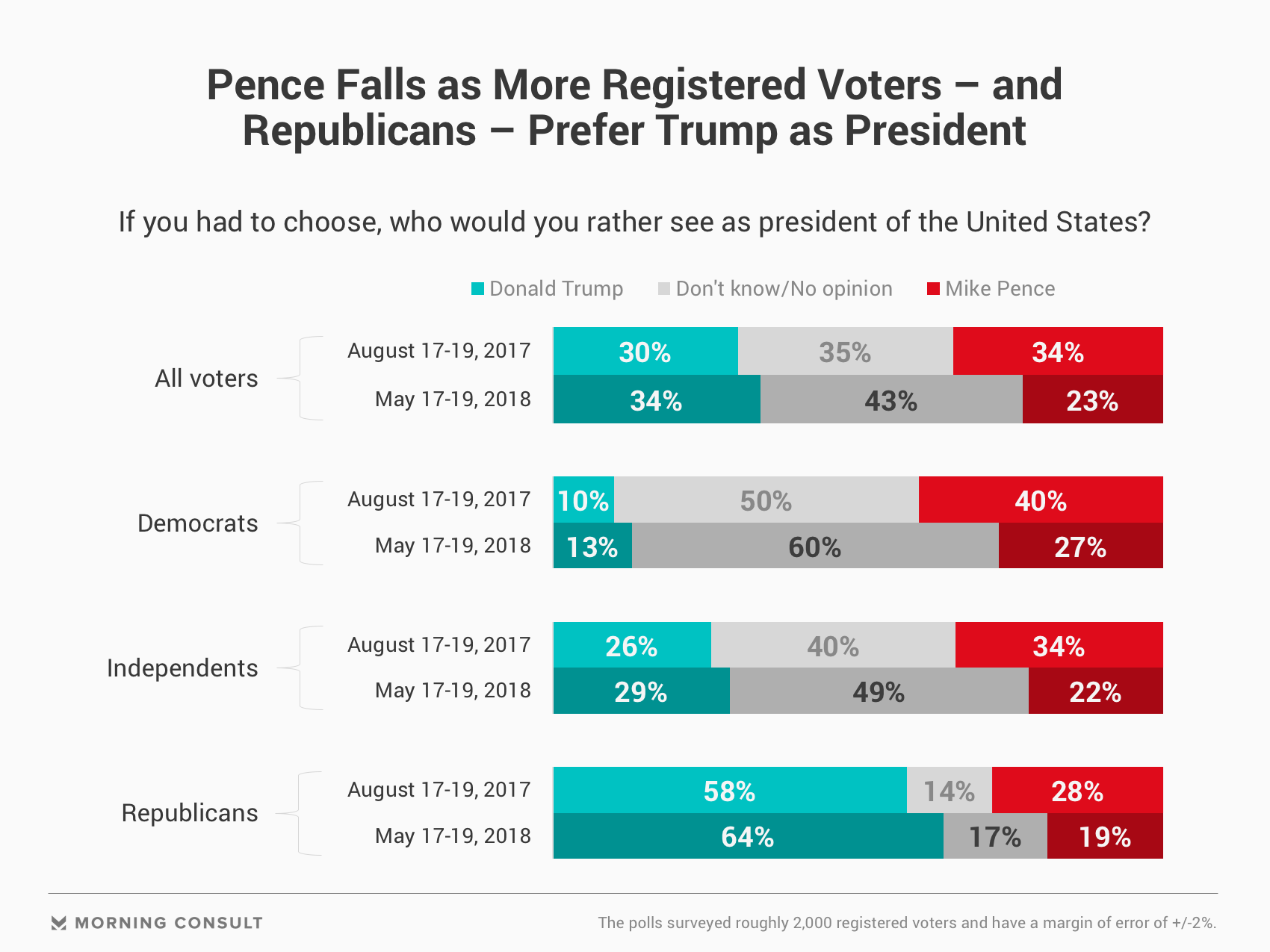 Voters overall prefer Trump by 11 points — 34 percent to 23 percent. In the August survey, conducted shortly after Trump’s comments on racial violence in Charlottesville, Va., 34 percent of voters said they would prefer Pence as president, while 30 percent stuck with Trump.