Traders and financial professionals work ahead of the closing bell on the floor of the New York Stock Exchange, May 4, 2018. (Photo by Drew Angerer/Getty Images)
By Ryan Rainey

A majority of voters say the U.S. economy is strong, but viewpoints vary significantly by age group, according to a new Morning Consult/Politico poll.

Fifty-one percent of registered voters said the world’s largest economy is either very or somewhat strong, while 42 percent said it’s not too strong or not strong at all. When broken down by age group, the figures appear to support research this month from the Federal Reserve Bank of St. Louis that suggests Americans born in the 1980s have had more difficulty accumulating wealth in the aftermath of the 2008 financial crisis compared to people born in earlier decades. 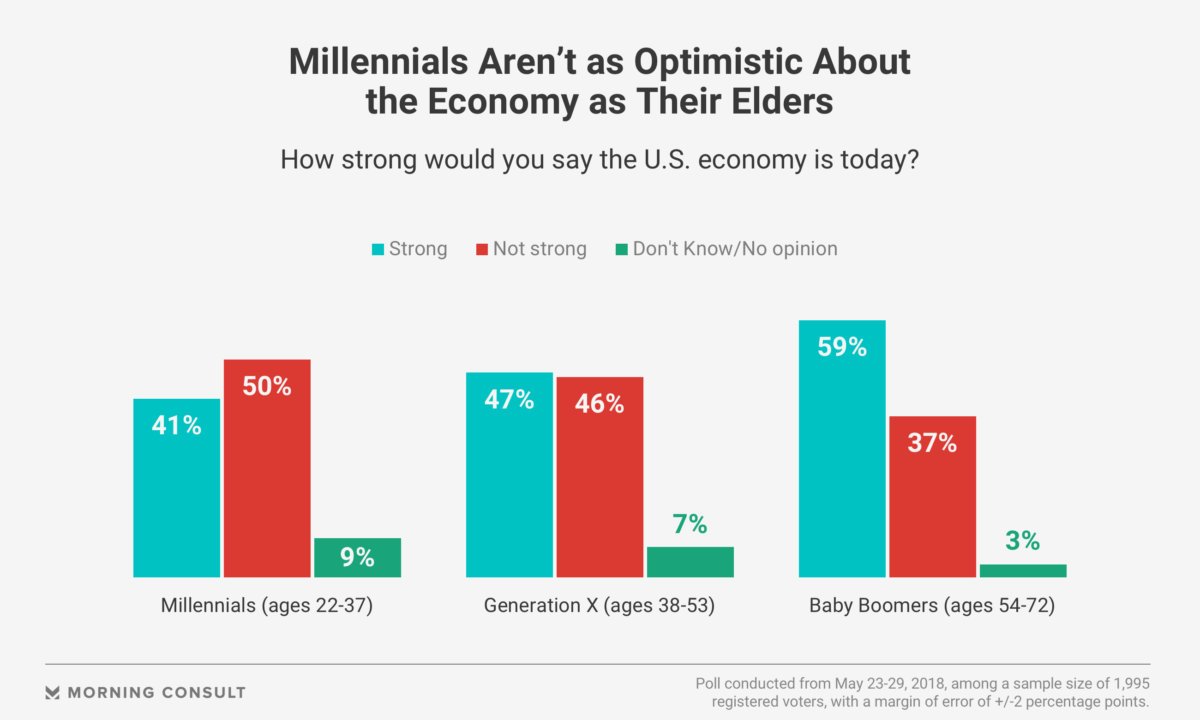 Voters from Generation X — ages 38 to 53 — were almost evenly split, with 47 percent having a positive view of the the economy and 46 percent saying it isn’t strong.

The U.S. economy expanded at an annual rate of 2.2 percent during the first three months of 2018 after expanding at a 2.9 percent pace the previous quarter, according to Commerce Department data released Wednesday. President Donald Trump has said one of his top economic priorities is to achieve annual growth of at least 3 percent.

The survey was conducted among a sample of 1,995 registered voters from May 23-29, with a margin of error of plus or minus 2 percentage points.