Voters Unsure About Specifics of Trump-Kim Summit, but Still Call It a Success 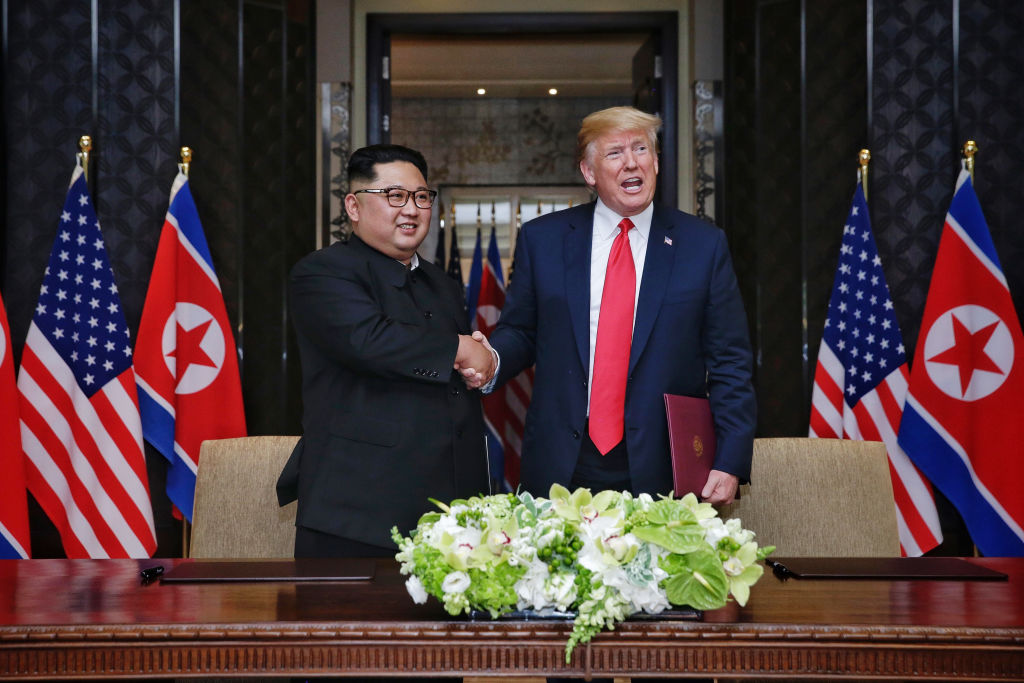 Voters are uncertain whether North Korean leader Kim Jong Un committed to getting rid of his country’s nuclear program completely when he met with President Donald Trump on Tuesday in Singapore.

A new Morning Consult/Politico poll conducted June 12-14, in the immediate aftermath of the meeting, also shows voters are unsure whether the summit improves U.S.-North Korea ties and which country it favors.

But despite their uncertainty on the specifics of the historic summit, a majority of the 1,993 registered voters surveyed rated it a success, and a plurality called it a significant turning point. 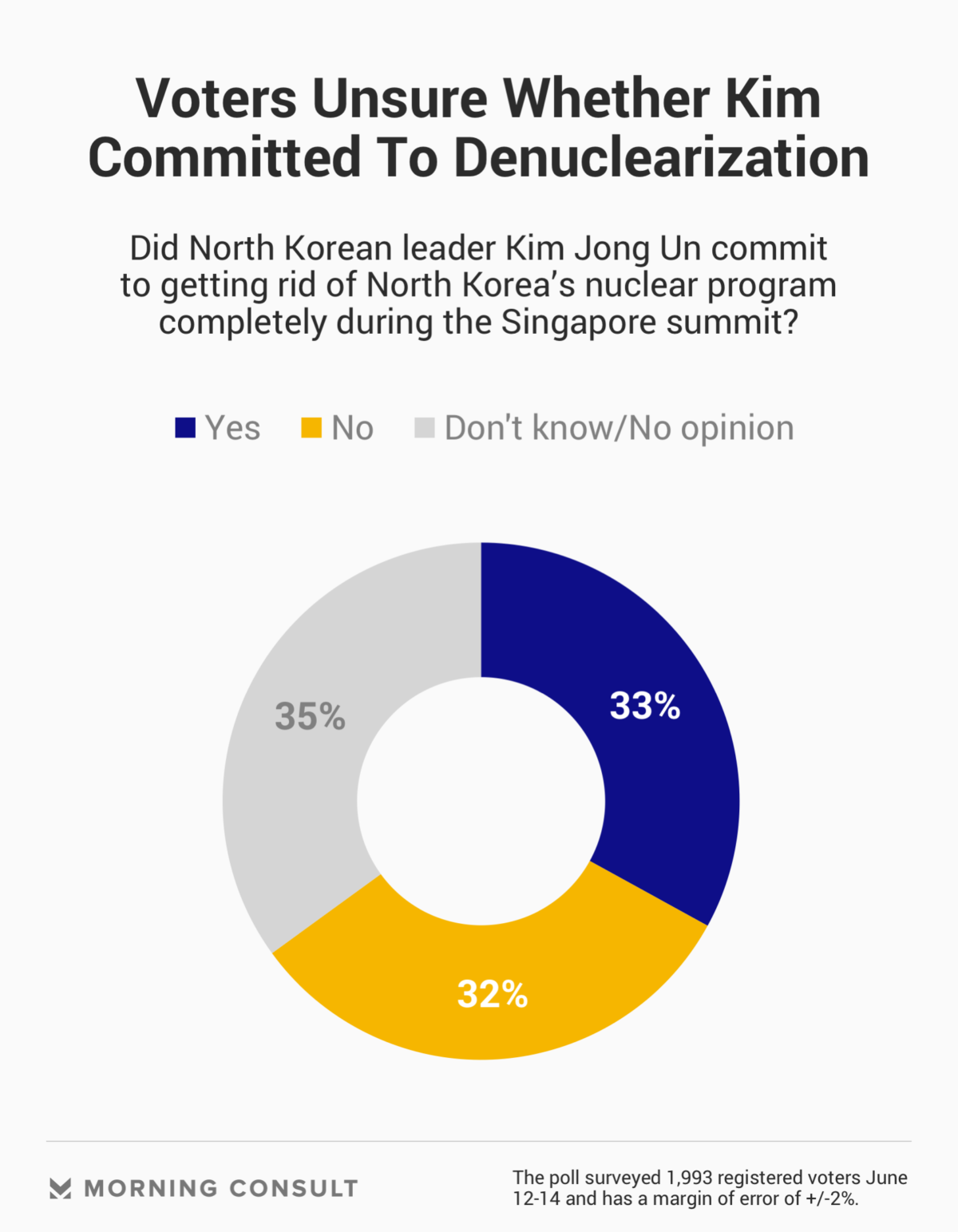 Per the agreement, North Korea committed to working “toward complete denuclearization of the Korean Peninsula,” without providing specifics of what that means.

Despite the ambiguity of the outcome, 54 percent of voters rated the summit either successful or somewhat successful, more than double the 24 percent who said it wasn’t successful.

A large majority, or 79 percent, of Republicans viewed the summit as a success, though half of them qualified it as “somewhat” successful, and pluralities of Democrats and independents said the same.

Trump’s meeting with Kim came after an escalation of tensions between the two countries during Trump’s first year in office, including provocative rhetoric from both leaders and North Korea’s tests of intercontinental ballistic missiles that some experts believe could reach much of the United States.

Speaking outside the White House Friday morning, Trump said the United States now has a “good relationship with North Korea” in contrast to when he became president, when “it looked like war.”

A majority of voters (56 percent) said it is too early to say whether the summit has improved the relationship between the two countries. And a plurality of Republicans – 48 percent – agree with majorities of Democrats and independents in saying it is too early to reassess the state of relations between the United States and North Korea. 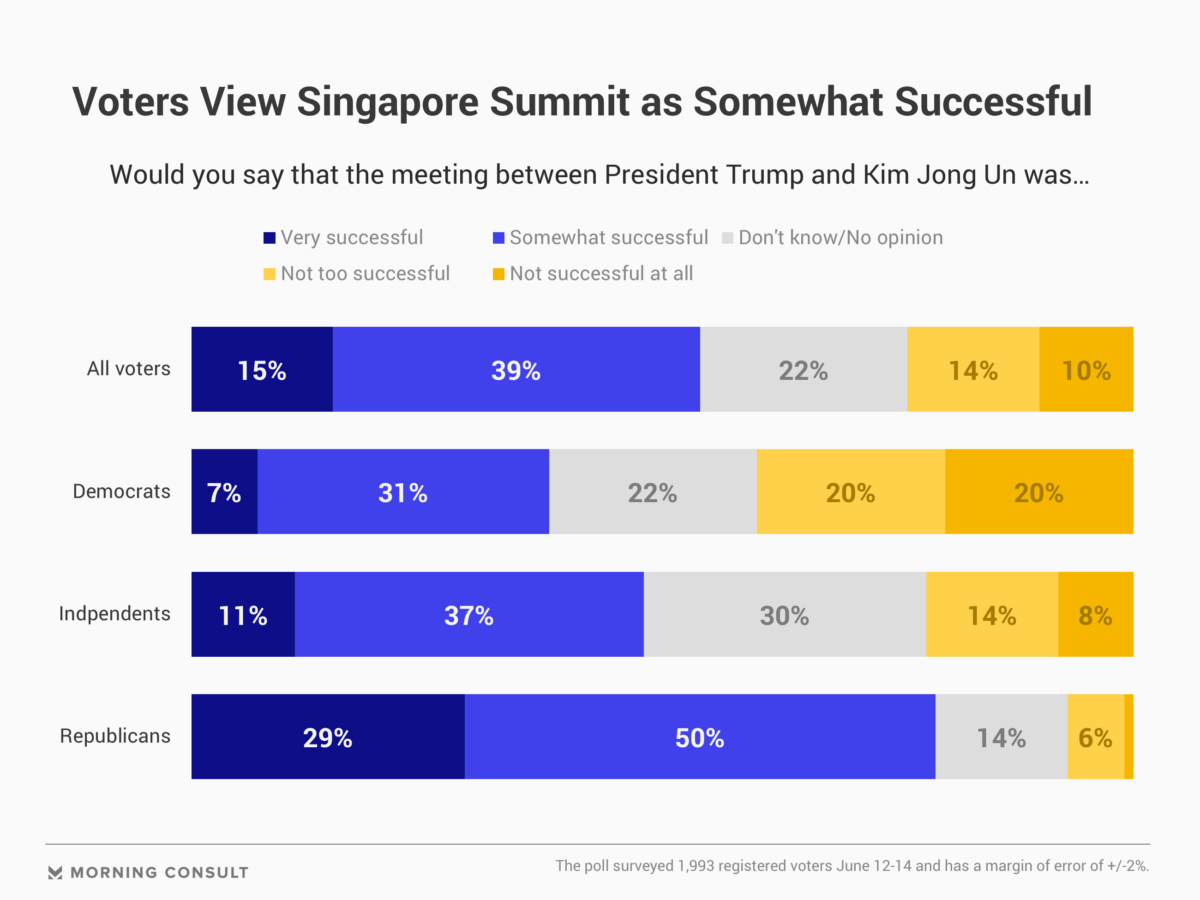 But voters were slightly less likely to view North Korea as hostile after the summit: 46 percent labeled the country an enemy, 5 percentage points lower than responses in a May poll.

Voters also seemed more pessimistic about what concrete actions would come from the summit: 55 percent of those surveyed said it’s not likely North Korea will completely scrap its nuclear weapons program following the summit. And voters were split, 40 percent to 38 percent, on whether the country was likely to partially get rid of its program. The poll has a margin of error of plus or minus 2 percentage points.

In terms of a timeline for North Korea to denuclearize, Secretary of State Mike Pompeo said this week that he hopes to achieve “major disarmament” in the next two and a half years.

A plurality of voters, or 38 percent, were even more aggressive, and said the country should have less than a year to scrap its nuclear weapons program. Thirty-five percent said they should be given between one and five years.

But while being murky on the details, a 45 percent plurality of voters view the summit as a significant turning point in American foreign policy towards North Korea, while a third said the meeting does not change much.