What’s Important to ‘Being American’? 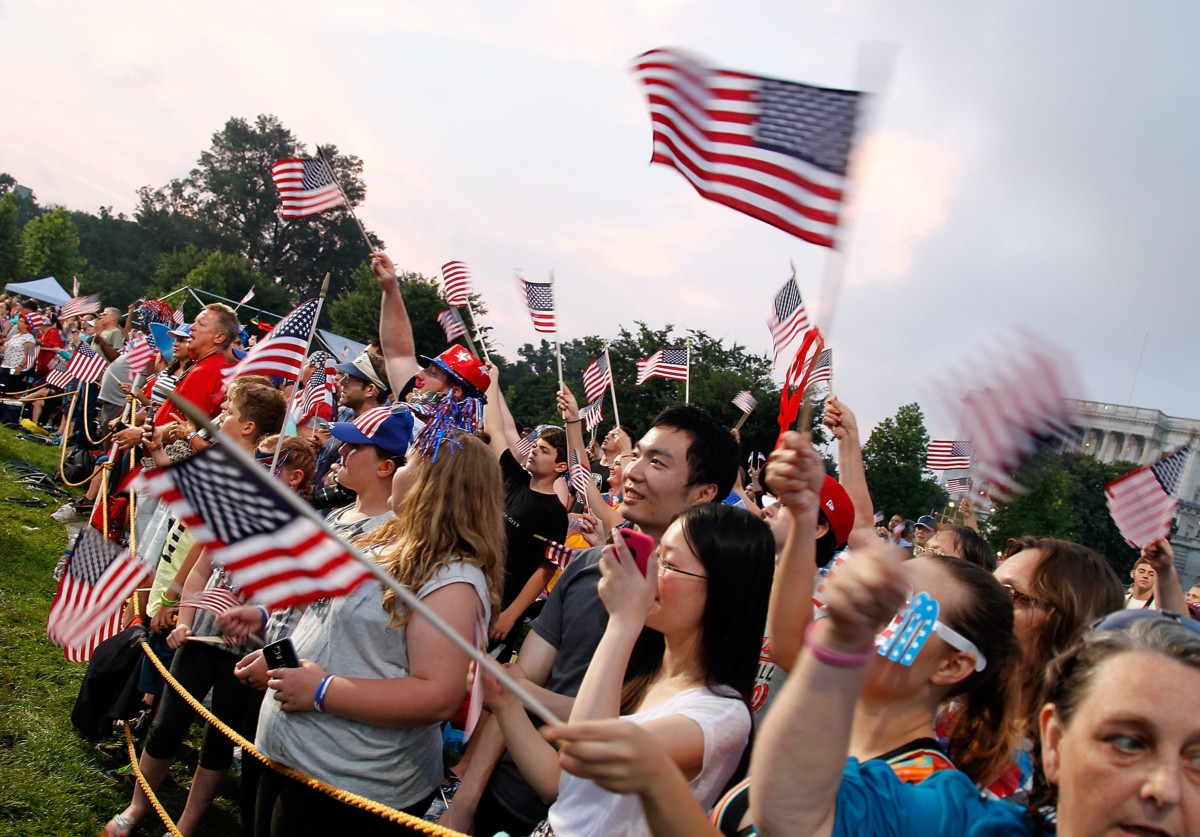 As Fourth of July festivities kick off across the country, a new nationwide poll shows what attributes the public deems necessary for being American — and where partisans disagree the most. 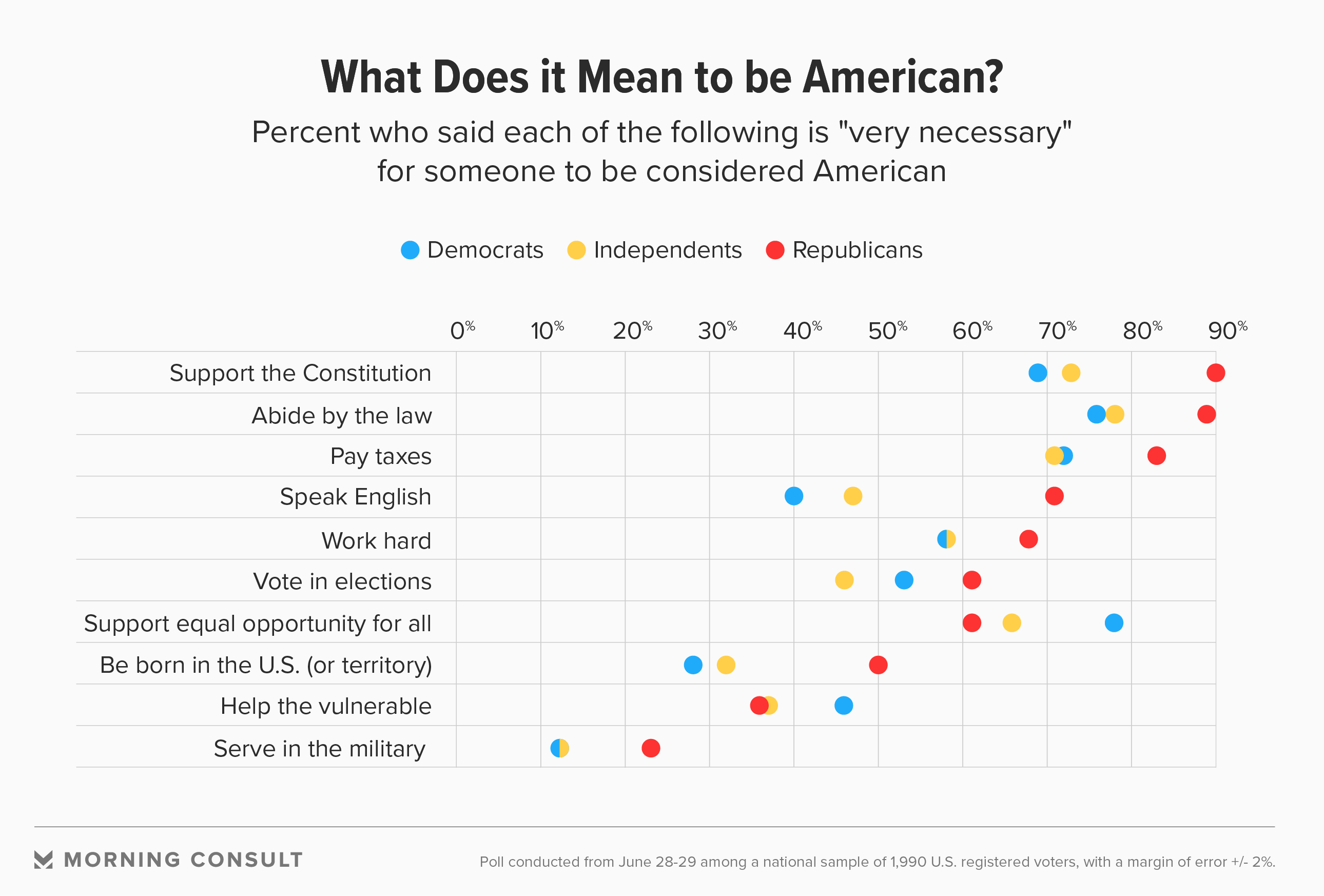 Government officials will be happy to hear that following the law (81 percent), supporting the Constitution (77 percent) and paying taxes (75 percent) topped respondents’ lists for being “very necessary” for being American in the poll, which was conducted July 28-29. Those attributes received majority support from people affiliated with both parties in the survey of 1,990 registered voters.

But ideals connected to immigration and diversity splintered the public along party lines. Republicans and Democrats disagreed the most on the ability to speak English and being born in the country or one of its territories.

In these two cases, Republicans held these values much higher than Democrats did, with at least 50 percent of the GOP saying these ideals are very necessary to being American.

In contrast, Democrats were more likely than Republicans or independents to prize supporting equal opportunity for all as a key characteristic of being American, with 78 percent of Democrats choosing that option. 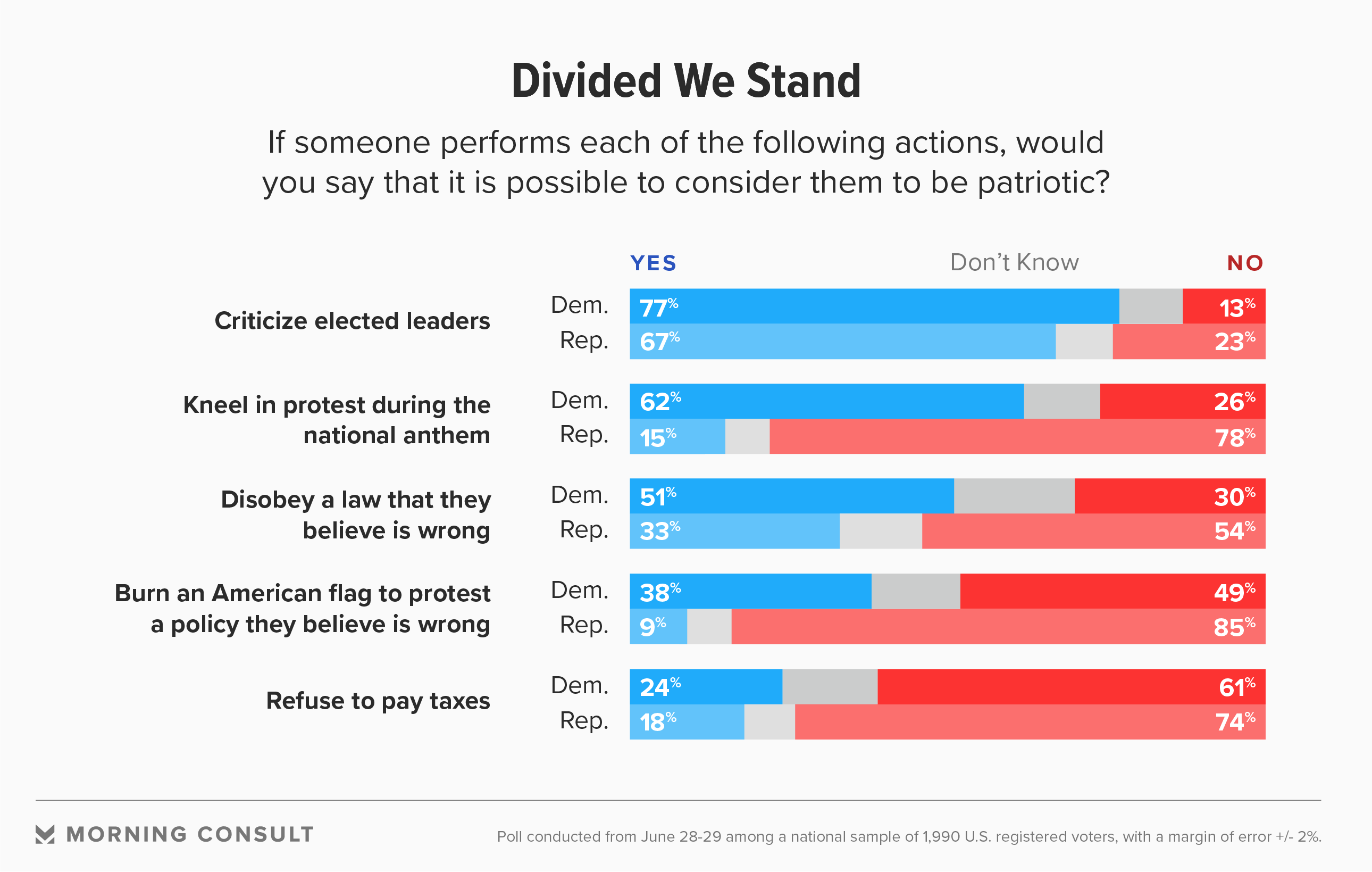 Political divisiveness also emerged when voters were asked specifically whether certain acts are patriotic. A slim majority (51 percent) of Democrats said someone who disobeys a law that he or she believes is wrong can still be patriotic, but most Republicans (54 percent) said the opposite, according to the poll, which has a margin of error of plus or minus 2 percentage points.

Seventy-eight percent of Republicans said people who kneel in protest during the national anthem are not patriotic, while 62 percent of Democrats said they are.