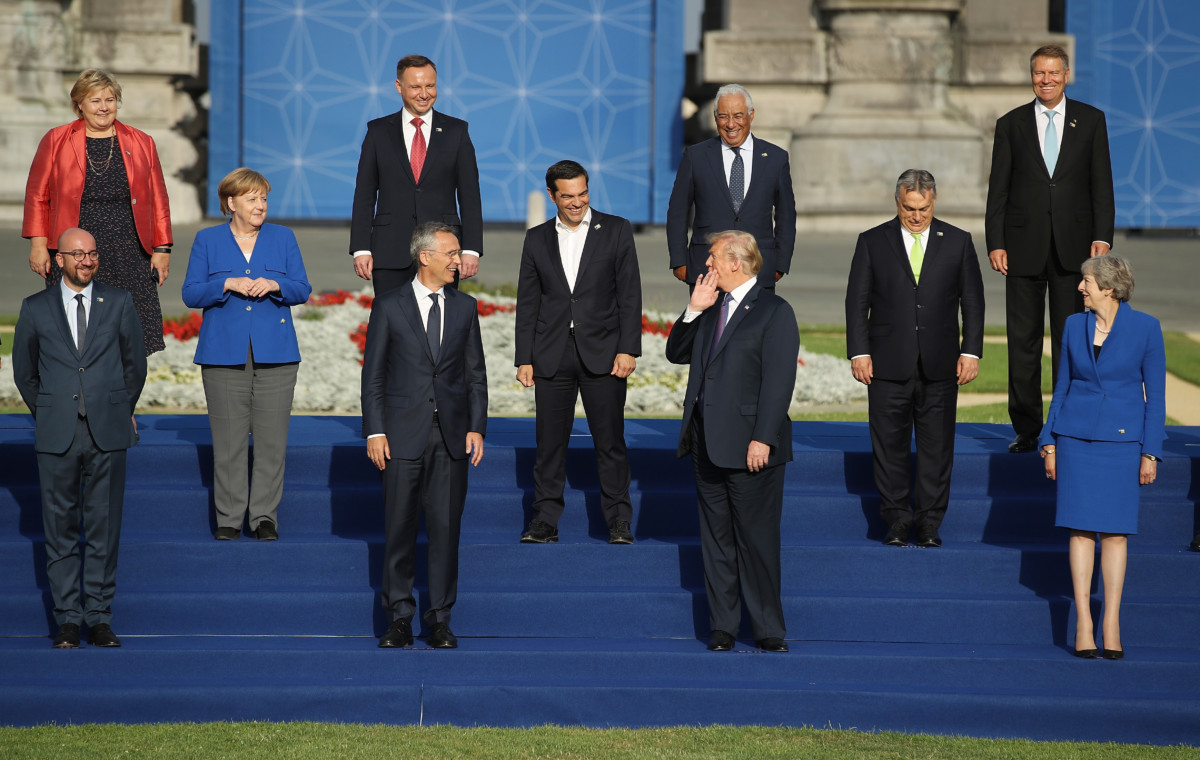 U.S. President Donald Trump holds his hand to his face as he says something to other heads of state and governments, including German Chancellor Angela Merkel, British Prime Minister Theresa May, NATO Secretary General Jens Stoltenberg and Greek Prime Minister Alexis Tsipras, gathered for a group photo at the evening reception and dinner at the 2018 NATO Summit on July 11, 2018 in Brussels, Belgium. (Photo by Sean Gallup/Getty Images)
By Eli Yokley

Amid preparations for the Monday meeting between President Donald Trump and Russian President Vladimir Putin, voters’ views have warmed toward Russia.

That comes despite Moscow’s alleged meddling in the 2016 presidential election and a slew of other issues the United States and its allies included in a declaration following the North Atlantic Treaty Organization’s Brussels summit.

Positive views of Russia from both Democrats and Republicans are at their highest point in a year, according to a July 6-10 Morning Consult/Politico poll. Though less than a third of registered voters, or 29 percent, think of Russia as an ally or friendly, that’s up 7 percentage points since a survey conducted last month.

At the same time, negative views about Russia are at their lowest point in 2018, with 58 percent of voters describing Russia as either an enemy or unfriendly. Among partisans, 64 percent of Democrats have a negative view of Russia, compared to 53 percent of Republicans.

The NATO heads of state issued a declaration this week reprimanding Russia for its “illegal and illegitimate annexation of Crimea” and “provocative military activities” and the “ongoing destabilisation of eastern Ukraine.”

But Trump has resisted opportunities to criticize Russia and Putin. Asked in Brussels on Thursday whether he considers Russia a security threat to the United States and Europe, Trump said he did not want it to be, adding that he views Putin as a “competitor.”

“Not a question of friend or enemy. He’s not my enemy,” he said at a news conference. “And hopefully — someday — maybe he’ll be a friend. It could happen.” 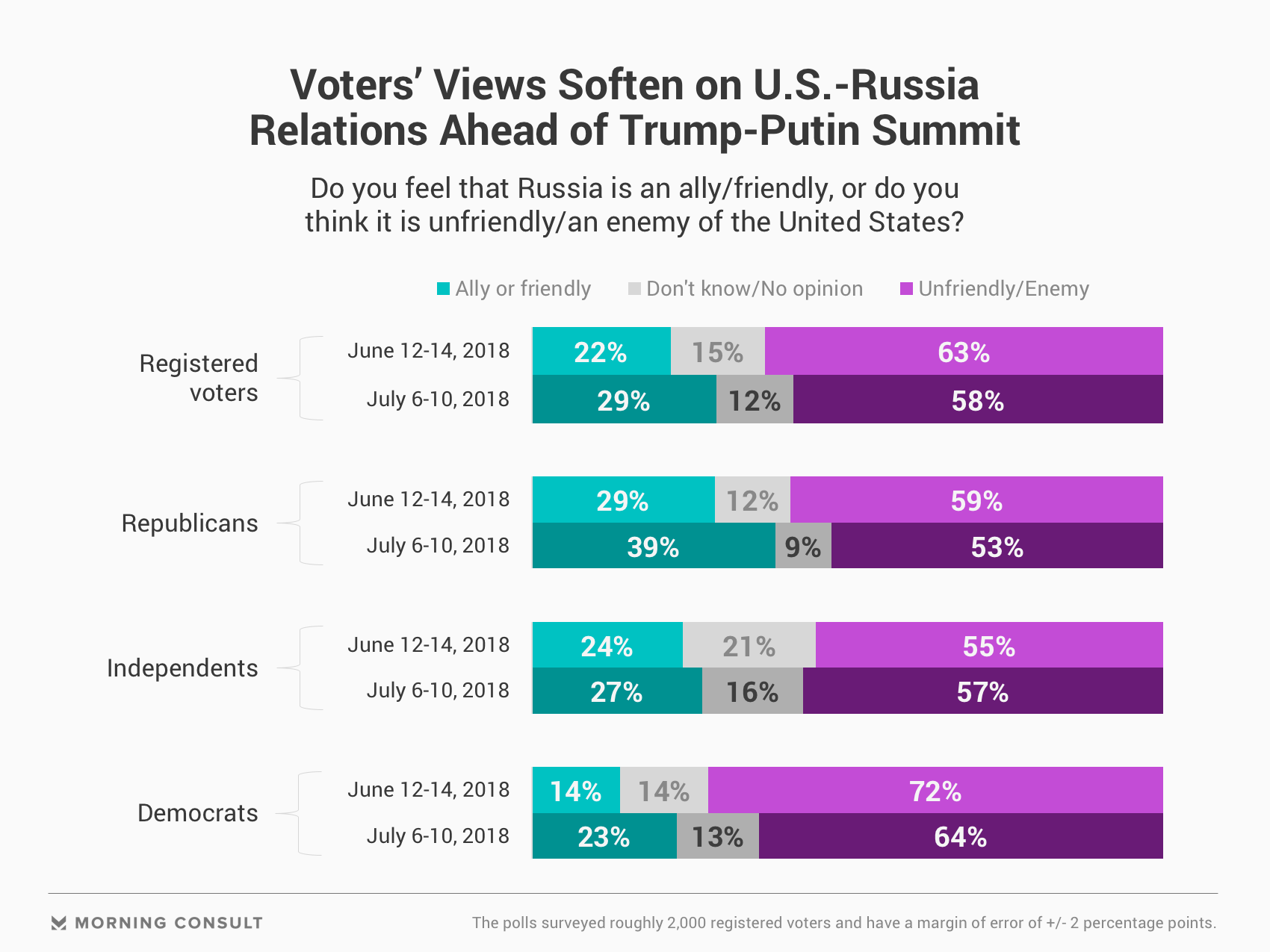 Those who disagree and view Russia as an enemy has fallen to 25 percent of the voting public, down 4 points since June. Among Republicans, the decline was more dramatic, with 14 percent of GOP voters viewing the country as an enemy, down from 22 percent.

Though Trump has equivocated on his views toward Putin, at the NATO summit this week he didn’t mince words regarding Germany – an American ally and the economic driver of Europe – criticizing the country as a “captive of Russia” due to an oil deal, and saying it was unfair that Germany was not spending more on defense.

Even before Trump’s critical comments, voters’ views on Germany had begun to change. Overall, 73 percent of voters called the country an ally or friendly in the latest poll, the same share as in June. But within that percentage, there was a shift: The share of voters who described Germany as an ally dropped 7 points, to 39 percent, while the share who described Germany as simply “friendly” rose 7 points, to 34 percent.

Eleven percent describe Germany as unfriendly or an enemy – up 2 points since June, though that’s within the poll’s margin of error.